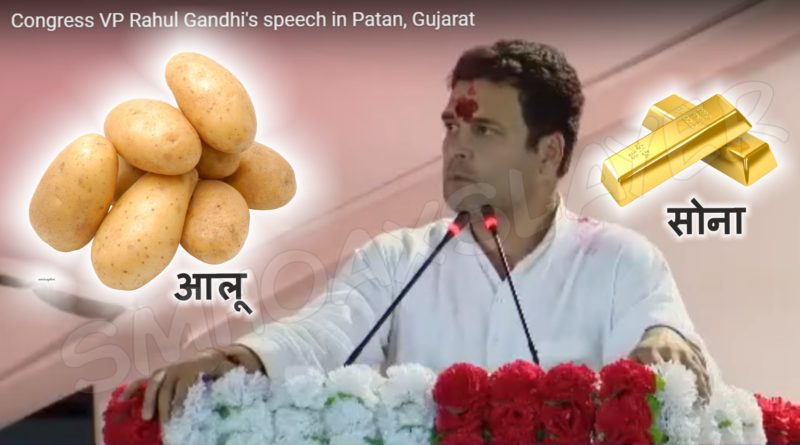 Politics, elections, campaigns, rallies and speeches.
Whenever an election comes by, parties pack their bags and start blaming others. You can dig old news, nobody’s changing history here. lol
So was this Speech of Rahul Gandhi in Patan, Gujarat recently.
A 20 seconds clip is viral in which Rahul Gandhi is saying “Ek aisa machine jisme alu dalo to sona niklega”. There had been hundreds of Tweets, Facebook posts and it might even have reached your WhatsApp by now.

And you can see people’s reaction to this video 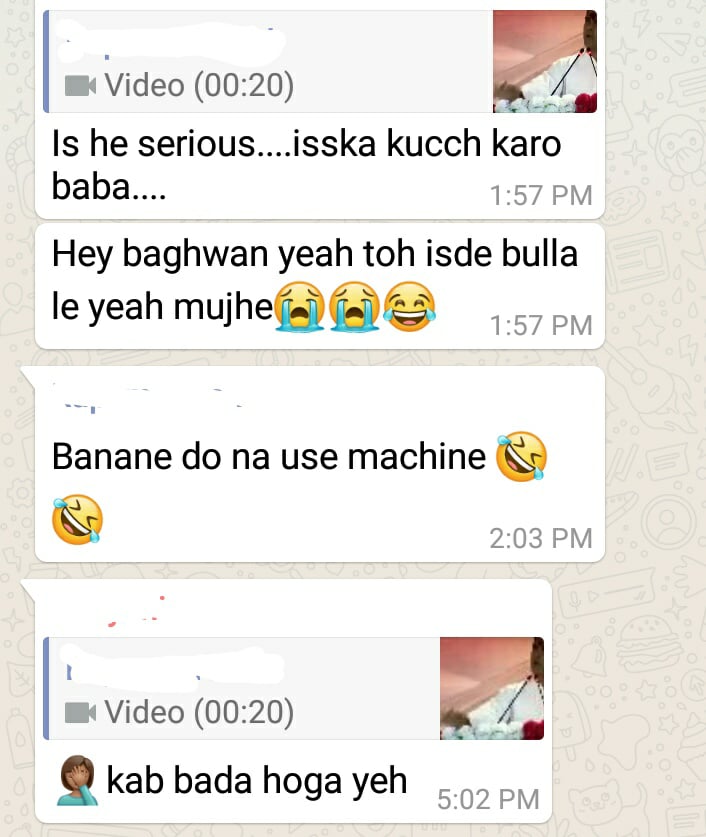 Paresh Rawal (who specialize in such) – 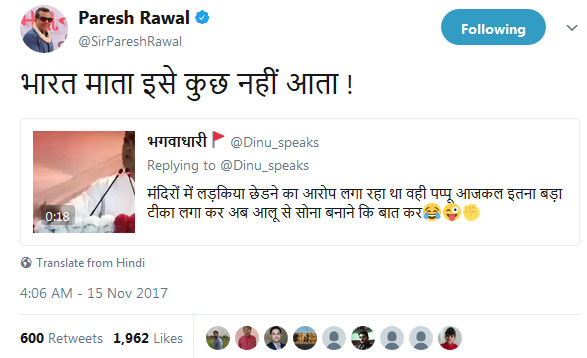 Actually as said previously, this speech was against PM Modi ji, so Rahul was falsely alleging that he made false promises including 15 Lakhs etc including a metaphor that Modi ji has promised a Machine (which actually Modi ji never did) which can convert potato to Gold, further he also exaggerated and said Modi ji promised farms on moon where potato can be grown and brought back to Gujarat.

Well this was quite hilarious and false and Rahul Gandhi has goofed up many times in his speeches like “Jawaab ka Sawaal” but this was a little different.

By Trimming and cutting of the name “Modi” and presenting only Alu, Sona part, it gave an impression to people that he is promising something as stupid as this.
You can watch the video of entire speech from official Rahul Gandhi account.
You can especially look for this viral part at –

As said earlier, this blame game, twisting of facts is nothing new, infact same was done by Congress Social Media Team against Modi Ji when Japanese PM Abe visited India. It was also debunked then, click on the image for complete details 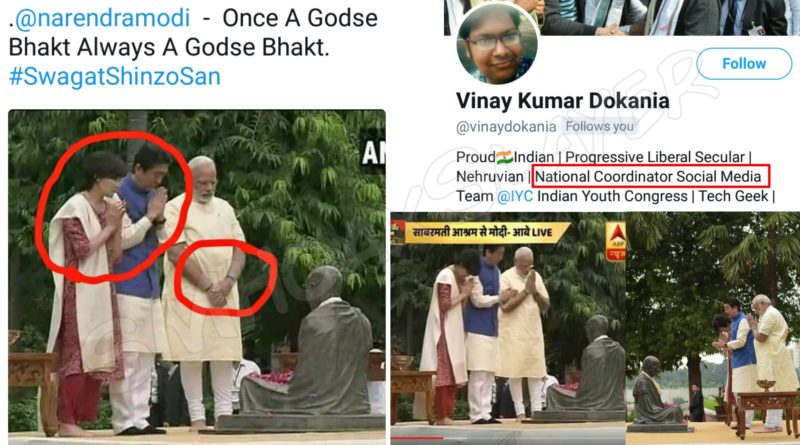 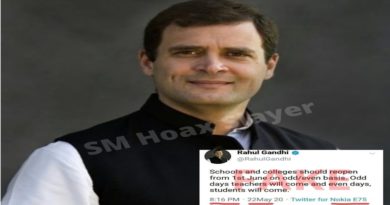 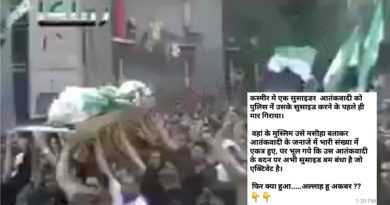 Did they forget to remove the explosive belt from body of the suicide bomber ?