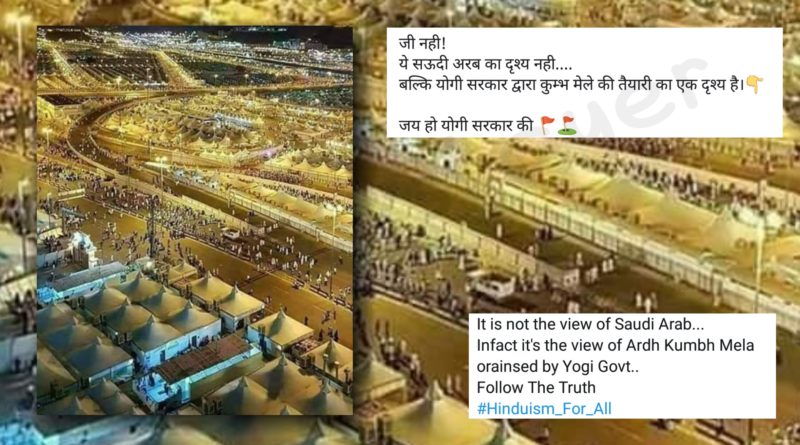 A photo with tents, crowd and flood lighting is viral claiming to be UP Government’s preparation for Kumbh Mela

A twitter id by Name शिवम् हिंदुस्तानी tweeted and has 354 retweets by now. He wrote –

This photo is from August 2018, Mina Valley, Saudi Arab 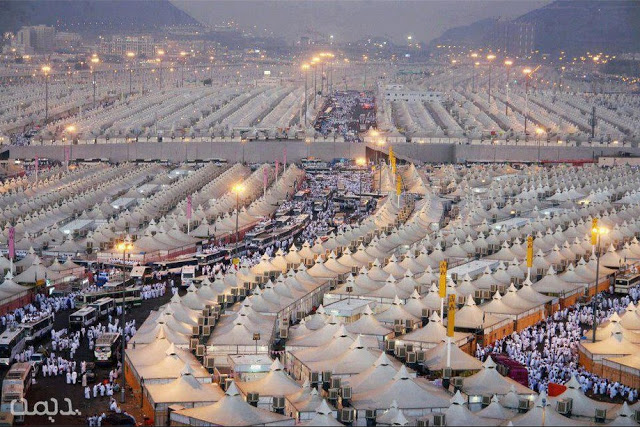 Boomlive did a great research focusing on many factors, regarding zooming of the image and it’s location, Click Here for their complete analysis

Shivam Hindustani, i.e. the guy who posted it, replied the following to the truth 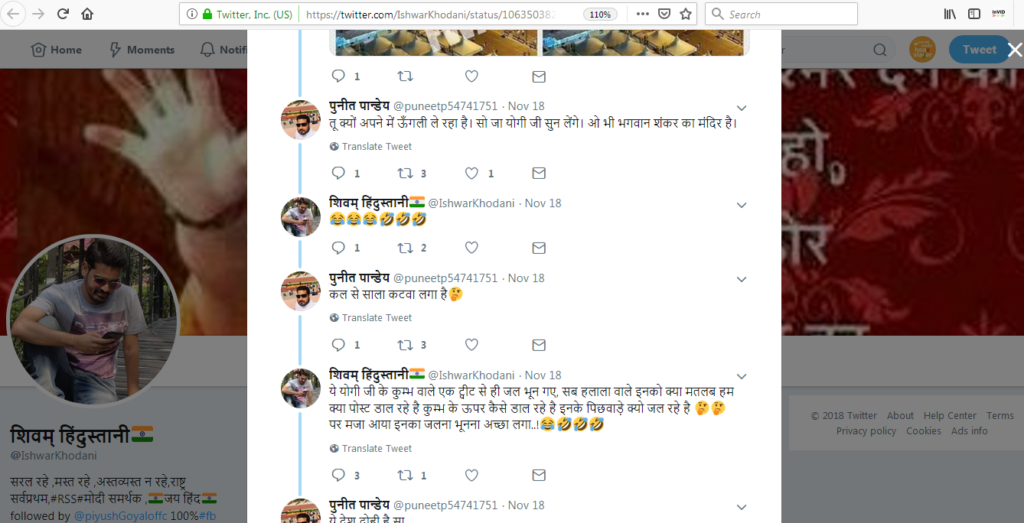 Of course not..
It is not the view of Saudi Arab…
Infact it's the view of Ardh Kumbh Mela orainsed by Yogi Govt..
Follow The Truth#Hinduism_For_All 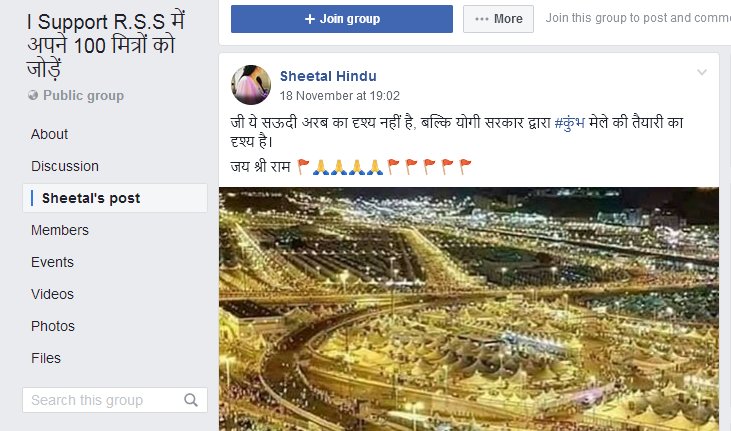 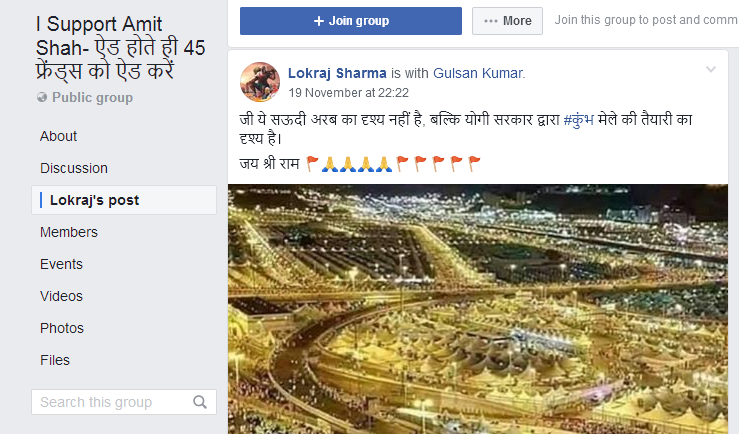 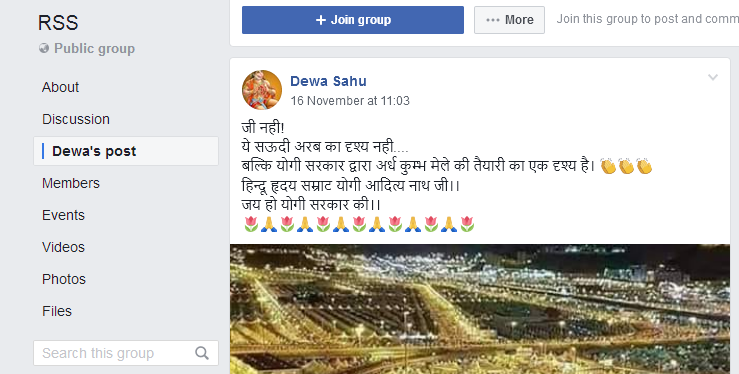 Pulse of India (Archived by BoomLive) 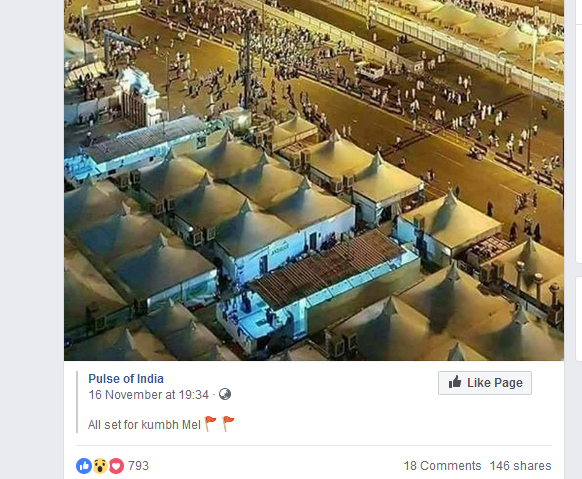 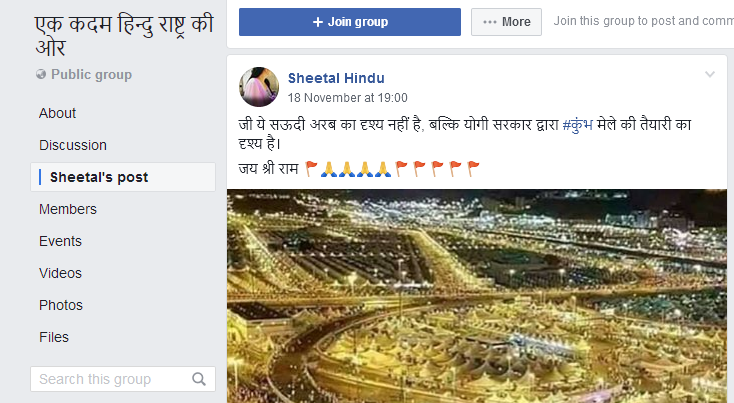 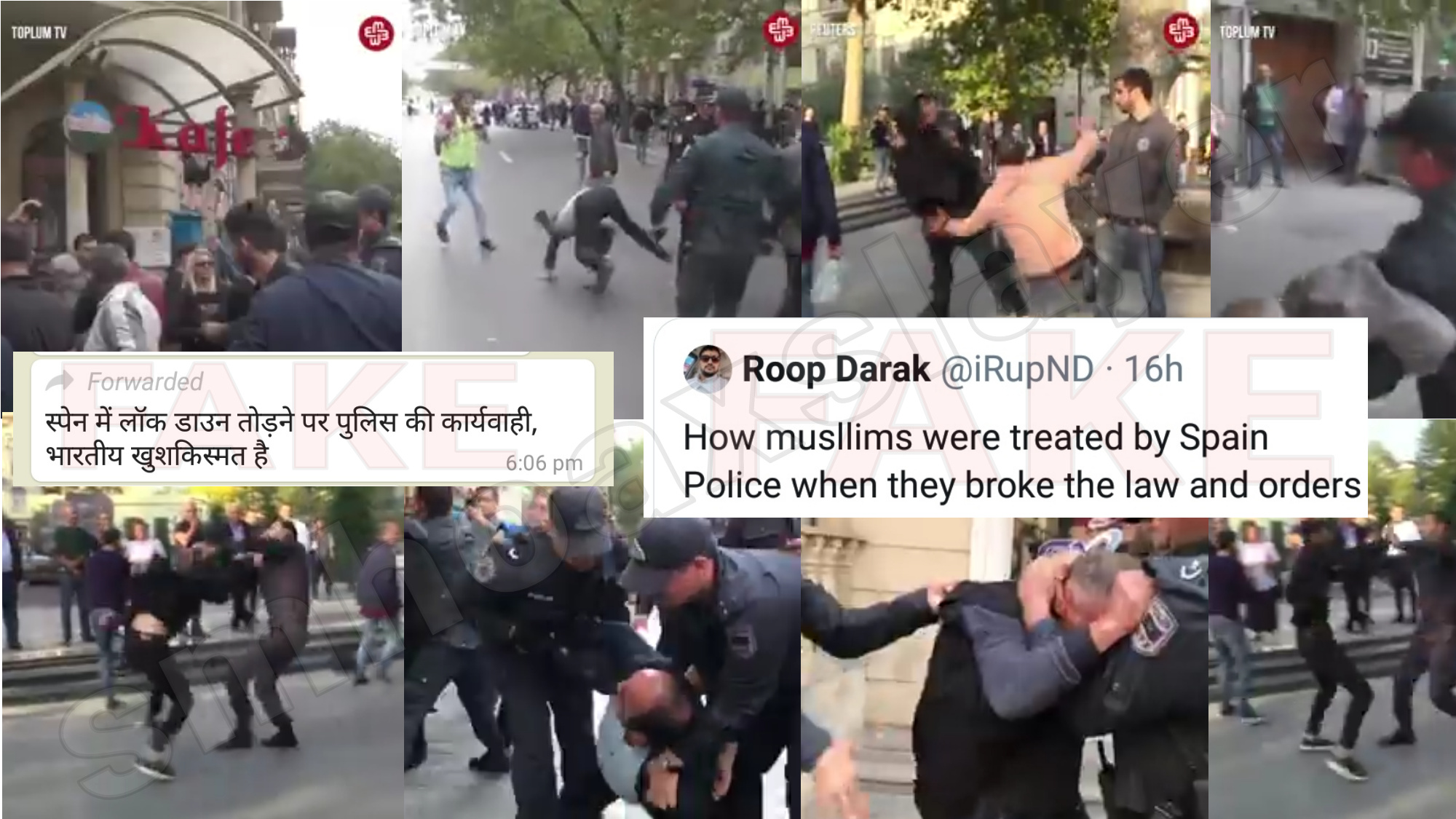 Video of Police beating people is neither related to CoronaVirus nor from Spain. 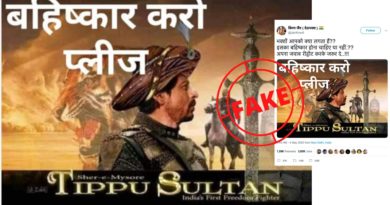 A fan-made trailer of Tipu Sulthan’s movie starring Sharukh Khan is being called out for boycott. 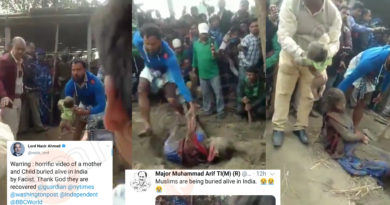 A horrifying video, result of domestic violence is given communal colors by Pakistanis.