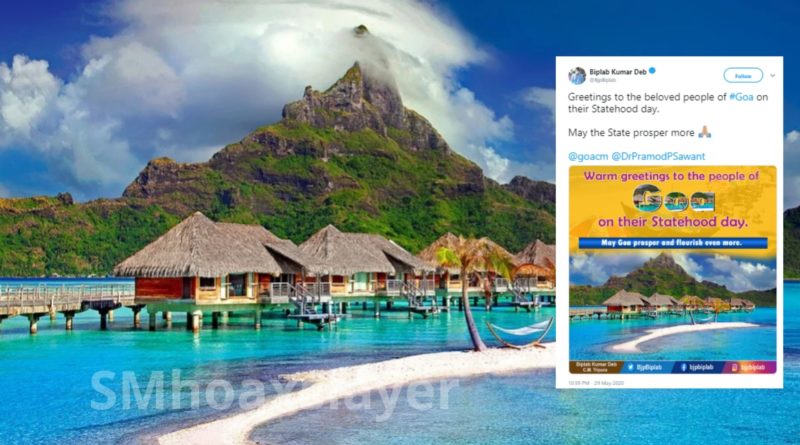 Tripura’s Chief Minister Biplap Deb tweeted French Polynesia’s picture to wish goa on statehood day. The picture included text and a graphic of Bora Bora islands with seaside shacks and a hill in the background. This post was curated for residents of Goa to wish them on their big day.

While he wrote quite enough on the picture itself, he also added a caption to it which read “Greetings to the beloved people of #Goa on their statehood day. May the state prosper more.”

In the tweet, two more twitter handles got tagged who further retweeted them as a mark of respect and celebration. Both these twitter handles are of Goa’s CM Pramod Sawant. One is his personal account and the other is the official account for Goa’s current Chief Minister. 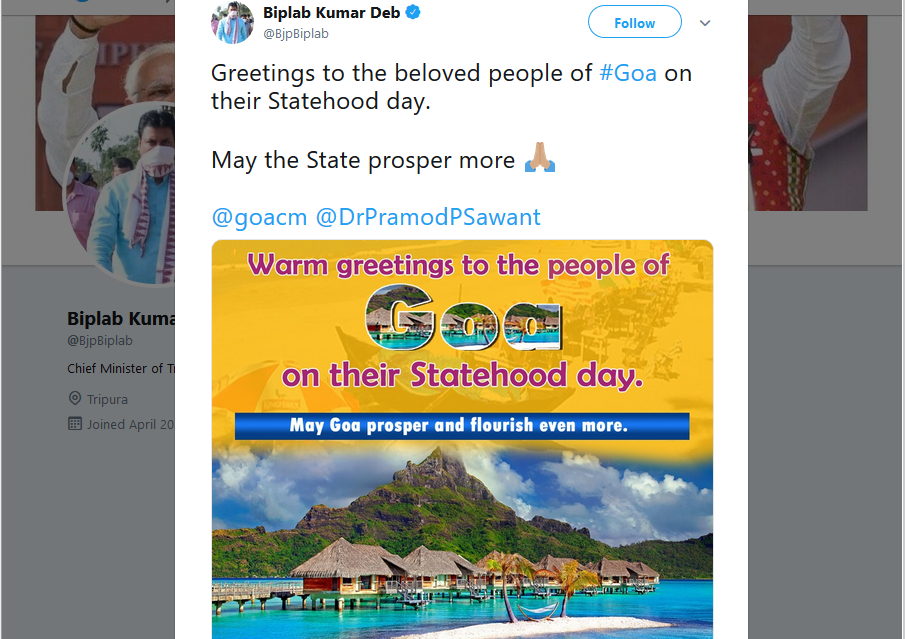 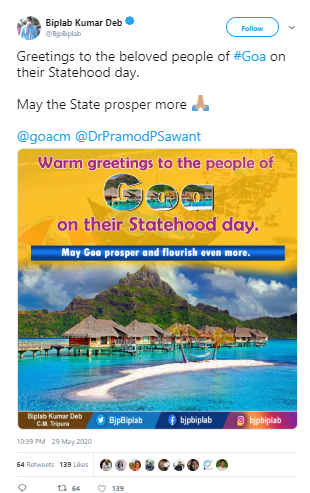 The above-mentioned tweet is the original one that was posted by the official account of CM Biplab Kumar Deb on twitter. This is howbeit an archived version of the same as the original one was taken down after a while.

The retweets and other tweets have been taken down as the original one was removed.

A reverse image search was used to find out the true story of the image CM Biplab used on the poster. We found out that the graphic he used on the poster was of Bora Bora islands in French Polynesia and not Goa.

Below mentioned is the image he used on the picture. This graphic has been taken from a website called Pixabay and the image used in the poster is the same as this one:

You can view it here. 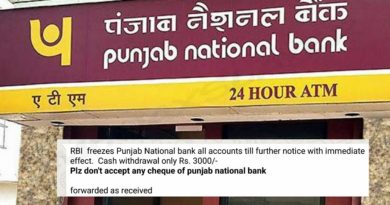 Is this video from First Hindu Temple constructed in Abu Dhabi ? 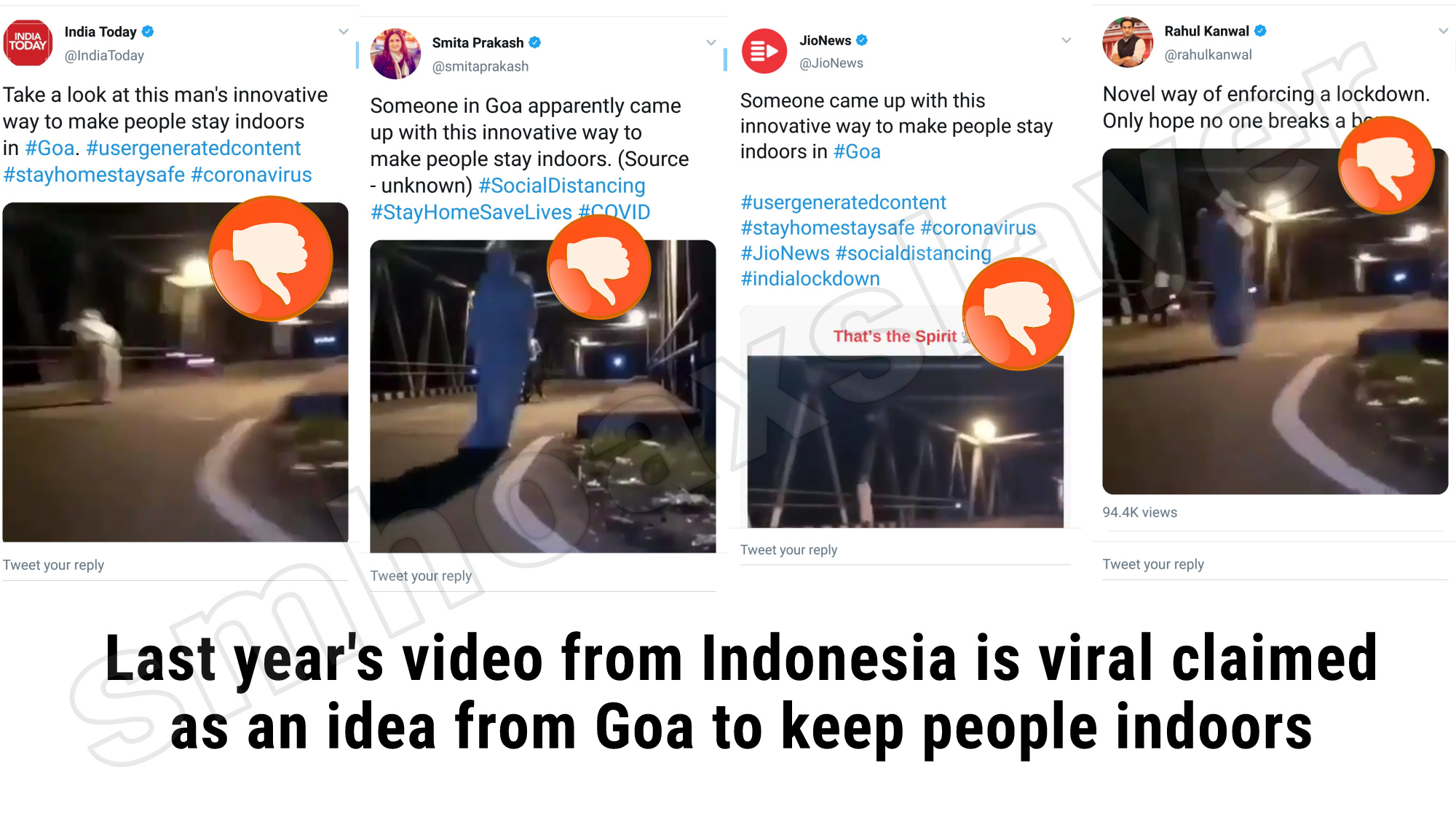 Did a man in Goa come up with an innovative way to make people stay indoors ?