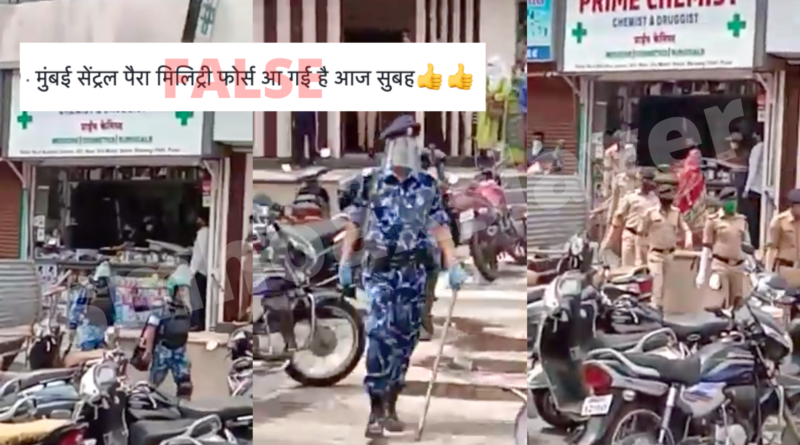 A four-minute video is being shared across social media platforms, claiming that paramilitary forces have arrived in Mumbai amidst the rising cases of coronavirus in the city.

All posts made, make the same claim in English, Hindi and Marathi.

Marathi: Paramilitary forces arrived at Mumbai Central this morning. This is the only option left for the ‘very wise’.

The video was forwarded with the message, ‘CRPF Arrived in mumbai’. 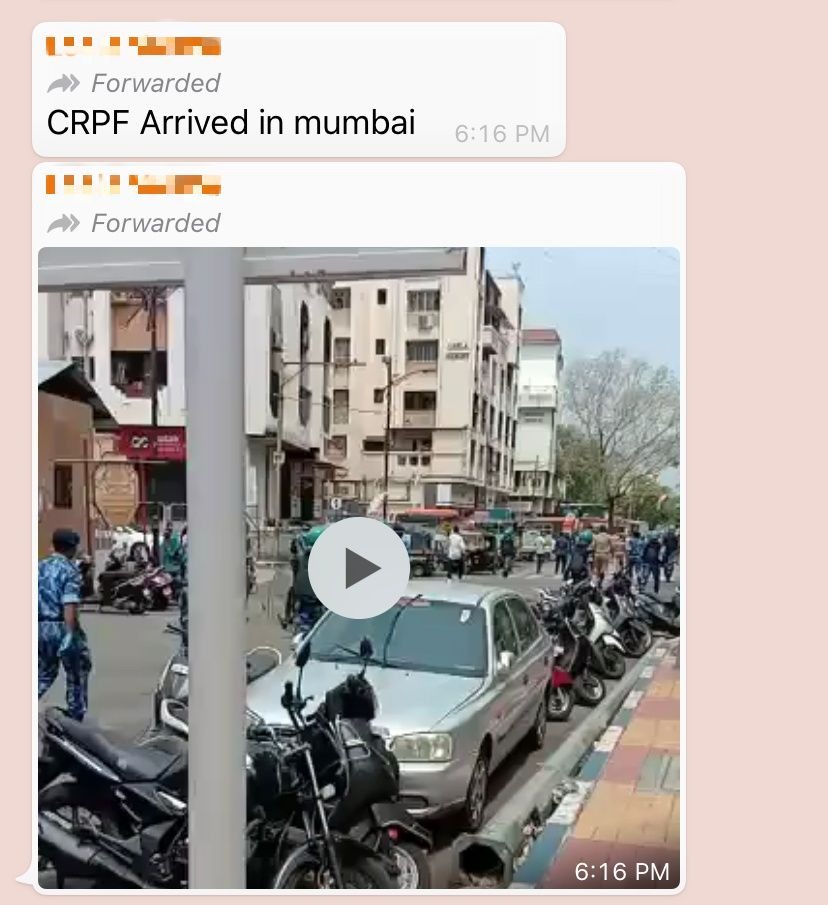 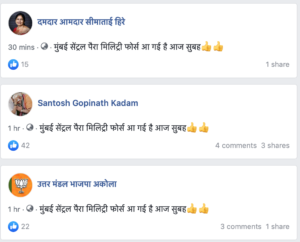 This was the Last Option Left. pic.twitter.com/x3d2w2X1yl

The video was posted on YouTube by a user with the same claim.

We carefully analysed the video for any clues that point against the claims made.

The video shows a building called City Hospital, below which there is a shop called Prime Chemist. In the same frame, there is a 2-wheeler with its registration number starting with ‘MH 12’. 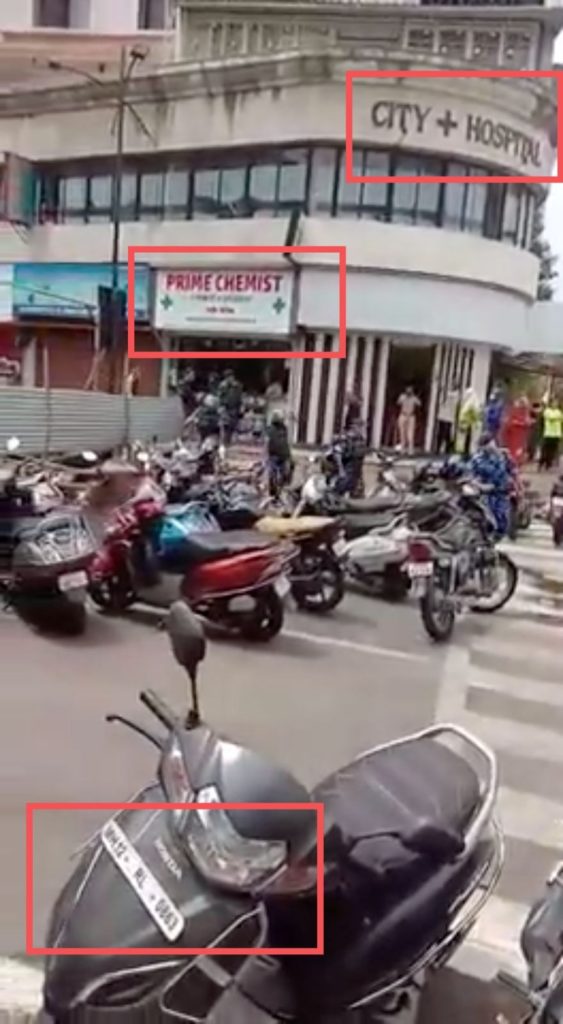 We used the keywords ‘Prime Chemist’ and ‘City Hospital’. One of the shops registered on the web directory Magic Pin returned a result of a store called Prime Chemist, below City Hospital in Bhawani Peth, Pune. 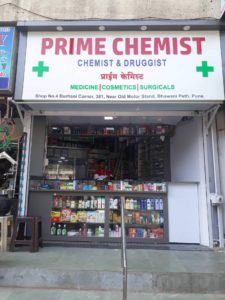 The registration number beginning with ‘MH 12’ also adds to the result, as city codes 12 and 14 in Maharashtra indicate that the vehicle is registered in Pune.

Further along in the video, the camera moves to show us the forces moving down the road. A residential building appears to bear the name ‘Leela Heights’ and while panning back to the hospital reveals a Kotak Mahindra bank branch. 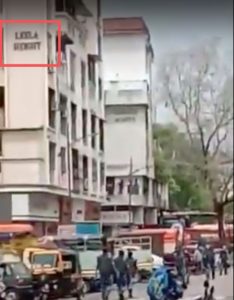 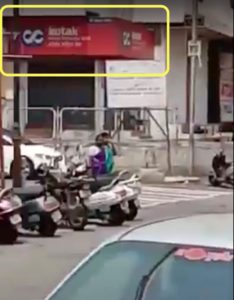 To verify the location of these places, we used keywords like ‘Leela Heights Bhawani Peth’ and looked it up on Google Maps. The residential building was marked on the map as a shop called ‘The Art Lam’, which was down the road in the same direction as shown in the video. 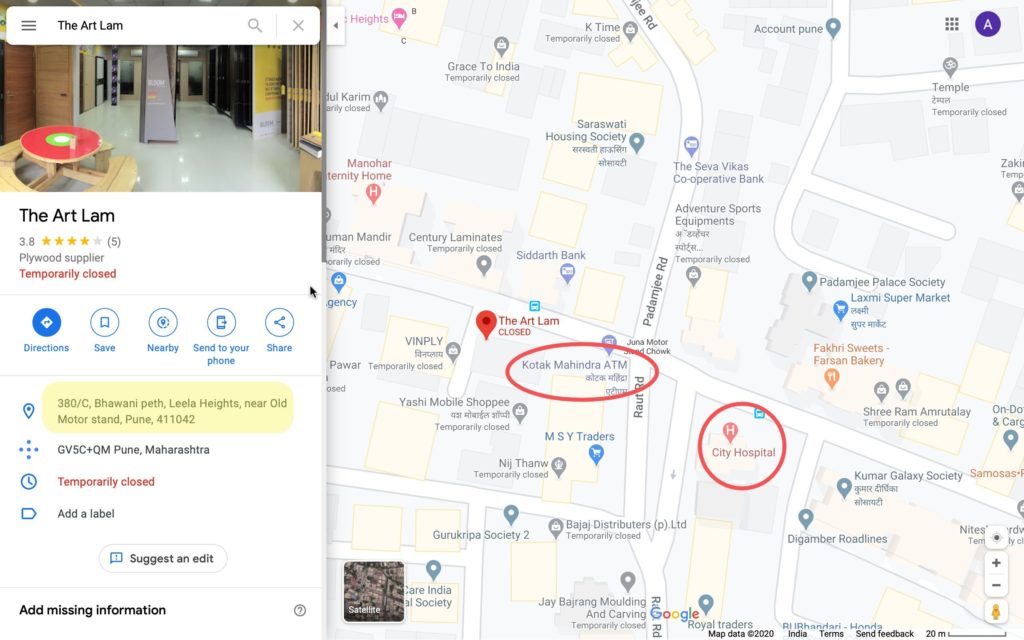 We found a Marathi news report that discussed the introduction of the Rapid Action Forces, which are battalions of the CRPF in Maharashtra, to aid the pre-existing police force.

An article by the New Indian Express also talks about the Centre’s deployment of paramilitary forces in Mumbai, Pune, Malegaon and Amravati in Maharashtra, so that the state’s police force could have some respite. 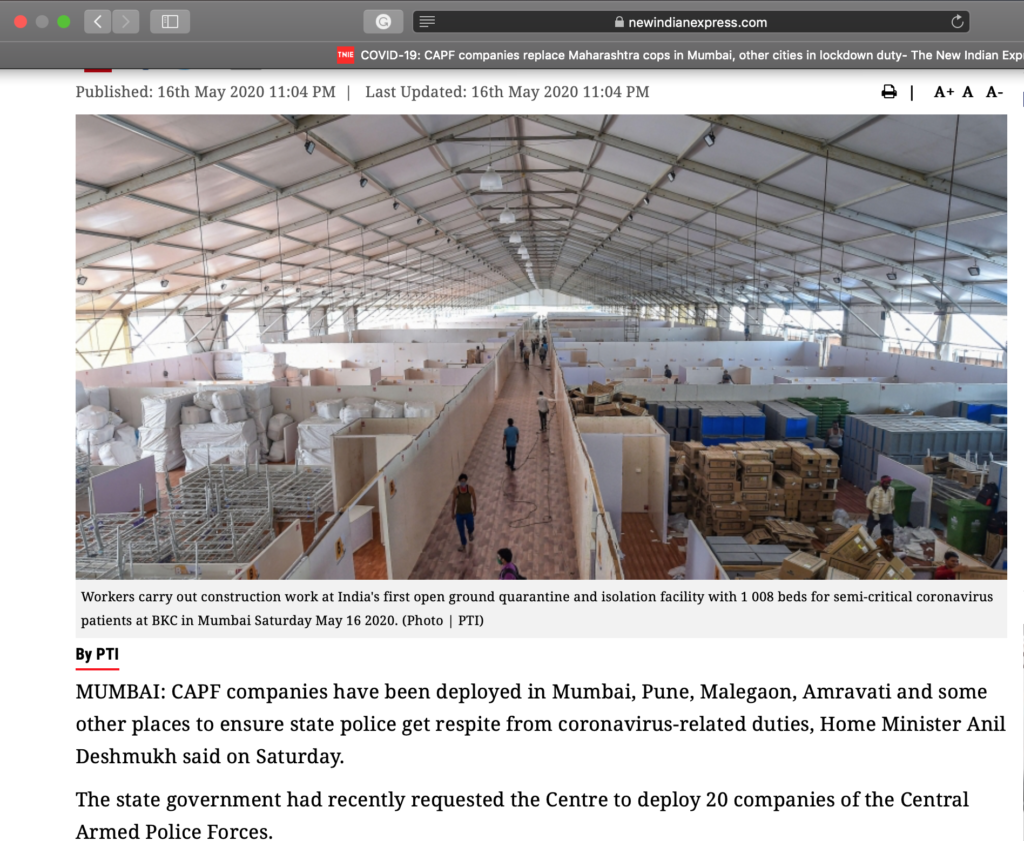 We could, therefore, confirm that the video was not taken at Mumbai Central in Mumbai, but was shot at Bhawani Peth, East Street in Pune. 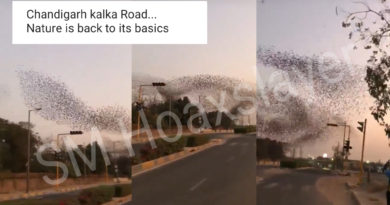 Is the beautiful birds flocking video from Chandigarh amidst Covid lock down? 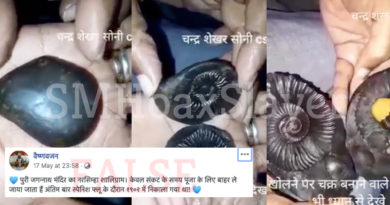 No, these Saligram stones are not of Jagannath, Puri; and Spanish Flu happened in 1918, not 1902 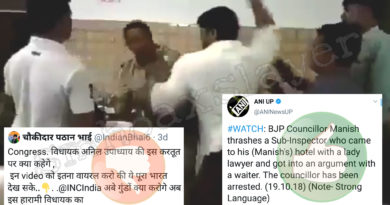 No, it isn’t a Congressmen beating a Sub Inspector, but is a BJP Councillor.