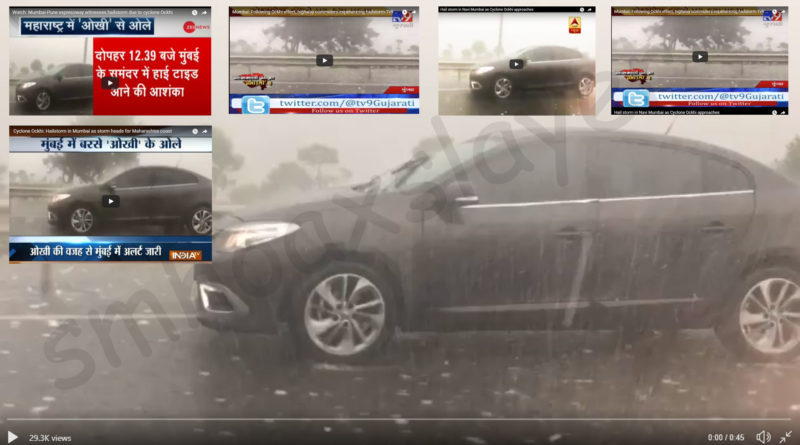 A Video of a hail storm on a highway with cars claimed to be from Mumbai Pune Highway due to Ockhi Cyclone, The video was used by many mainstream media houses falsely  claiming the same

Cyclone Ockhi leads to hailstorm in Mumbai, schools shut down: https://t.co/e3g7Xm6yYg via @YouTube

Not frequent but Mainstream Media maintains a quality in Fake News which takes everyone by storm, Hail Storm in today’s case. Just an Year ago i.e Last November they amused entire country by Nano GPS Chip implanted in 2000 Note launched then which can be even found buried under 137 feet or in thickest metal wall rooms. Or is it cost cutting ? Saving salaries of ground journalists and using WhatsApp instead for news source ?

The point is, how did mainstream media fail to notice the number plate of the car and the right hand driving ?

It’s from Istanbul, Turkey, tweeted in July 2017 by the man who shot the video himself.

The video mainstream media houses claims to be of Mumbai Pune Highway showing a Hail Storm because of Ockhi Cyclone was tweeted 4 months ago and is from Istanbul, Turkey. 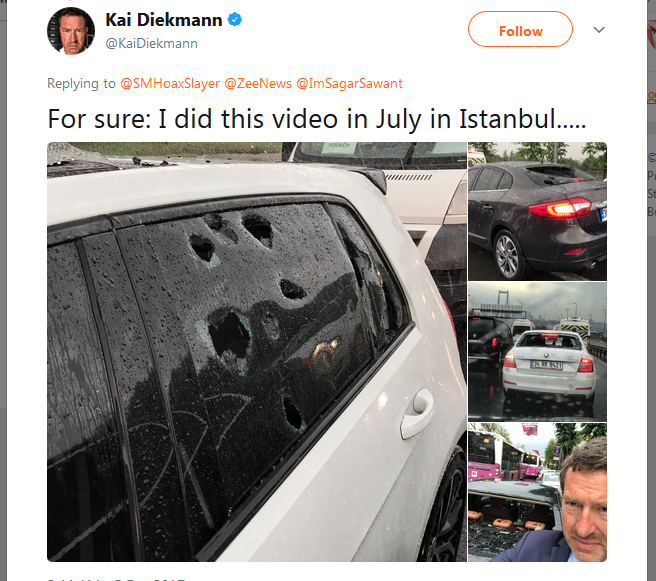 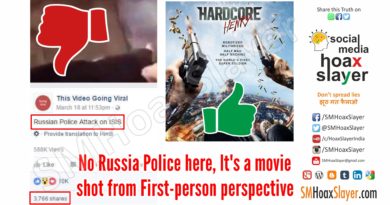 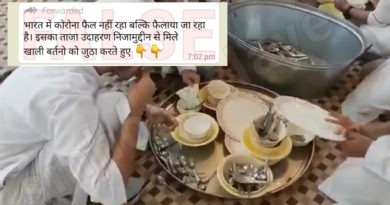 Muslims are not licking utensils for spreading Coronavirus in Nizamuddin. 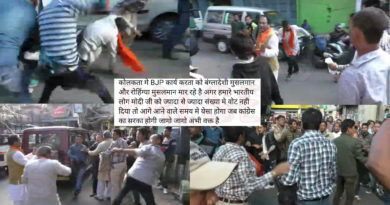 Did Rohiyngyas assault BJP workers in West Bengal during 2019 Elections?