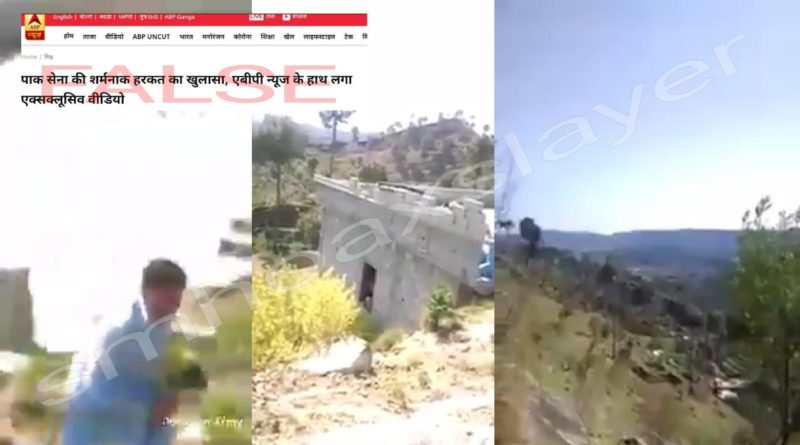 Claim: Many known news media channel like Republic TV, Times Now, and ABP News broadcasted/ published a video showing a recent ceasefire violation by Pakistan along the Line of Control (LOC) in Jammu and Kashmir on 21st May, 2020. It was labeled as an ‘exclusive’ footage from Pakistan and linked to the LoC ceasefire happened on 20th May, 2020.

The video shows a motar fired from the roof of a house, chants of Allah-hu-Akbar and Nara-e-Takbir can be heard in the video.

However, the video is an year old video which is being circulated now with false claims.

Republic TV ran the viral clip on May 21, 2020, claiming that it had ‘accessed’ the footage.

It has been archived here.

Times Now also reported on the viral video on May 21. 2020, also calling it their ‘exclusive’ and linking it to the recent ceasefire violations.

#Exclusive #Breaking | Pakistan Army ‘hides’ in civilian houses in PoK to target India. Civilians are being used as cannon-fodders by Pak Army.

It has been archived here.

The viral video was reported in an article by ABP News on May 21, 2020, and was also tweeted by Neeraj Rajput, Associate Editor (Defence & Security) of ABPNews on Twitter without any mention that the clip was old. 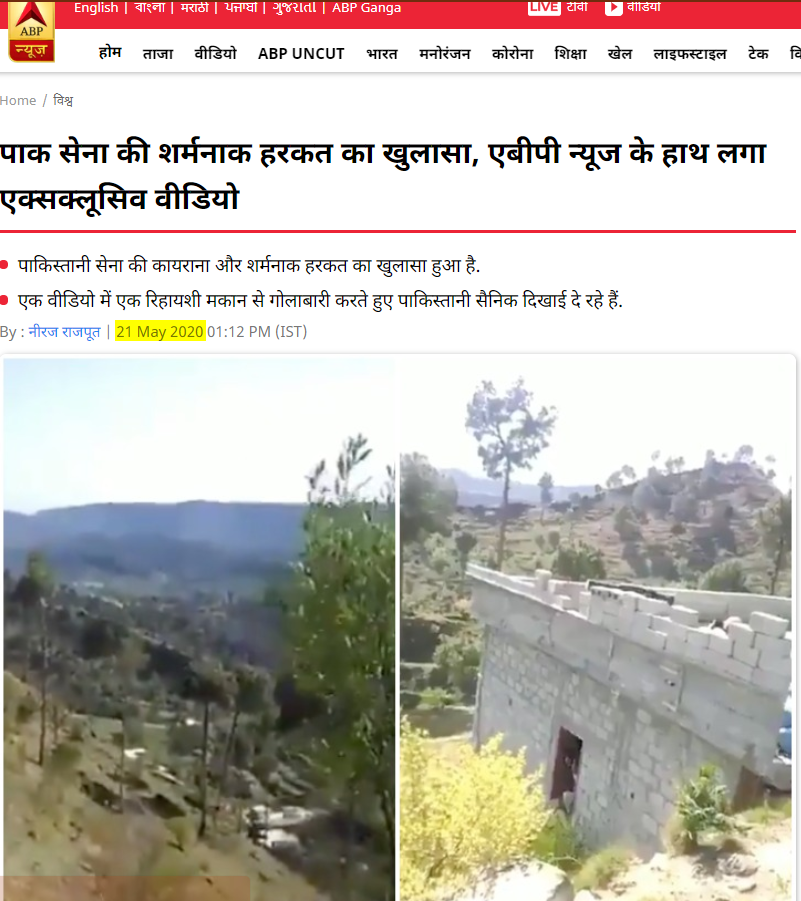 The tweet can be seen here and has been archived here.

Through keyframe search of the video, an old video from February 2019 was found. It is not related to the recent ceasefire violations which happened along the LoC by Pakistan in Jammu and Kashmir.

According to the Times of India report, Pakistan violated the ceasefire along the LoC in Jammu and Kashmir’s Poonch district resorting to motar shelling and targeting of Indian posts and border villages in the area on May 20, 2020. 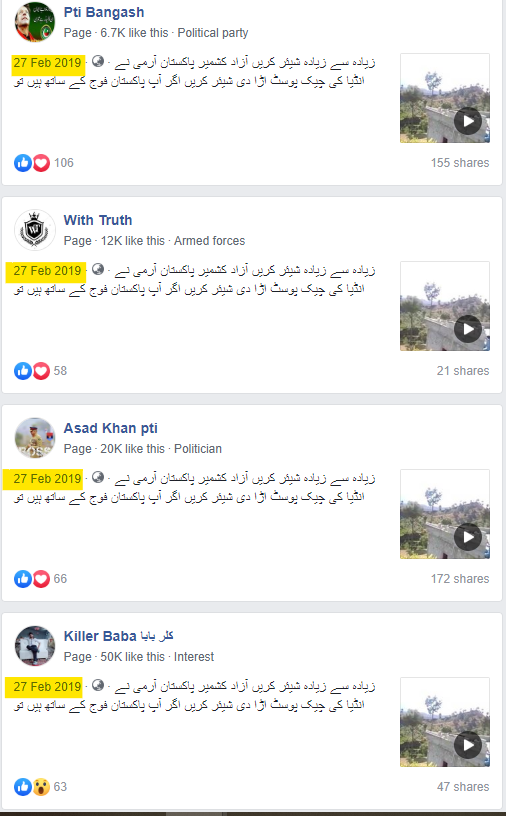 On comparing the old video clip to the ones with what the news channels shared, we can see that the same video has been reused with false claims.

The collages below shows the comparison between Republic’s tweet, Times Now’s tweet and ABP News’ article which included the video and the old viral video from 2019 (below one in all the collages). 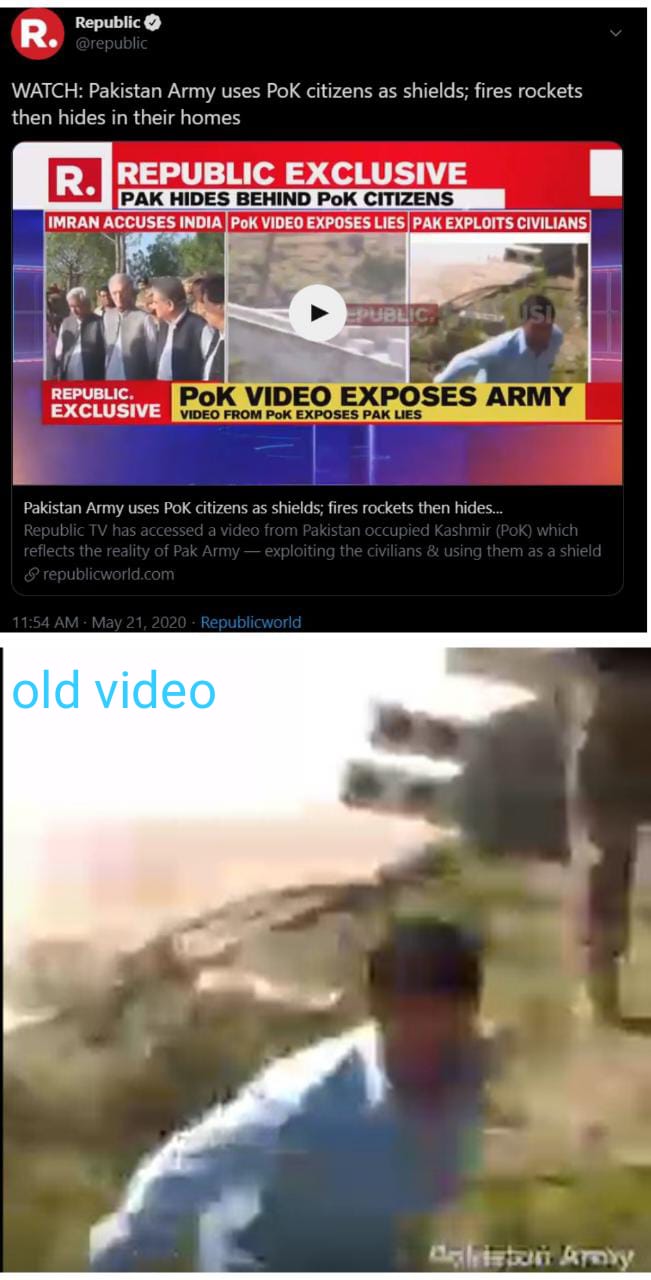 Hence, the video claiming to be an “exclusive” from Pakistan is an old video and these news channels have shared it incorrectly. 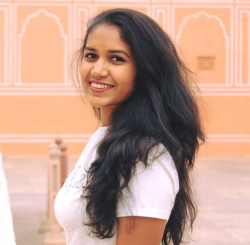 Rujuta Thete
A food enthusiast who loves to explore new places and is also a budding journalist with a curious mind about everything under the sun.

Latest posts by Rujuta Thete (see all)
Spread the truth:

A food enthusiast who loves to explore new places and is also a budding journalist with a curious mind about everything under the sun. 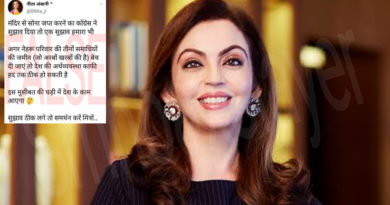 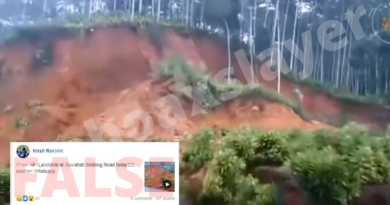 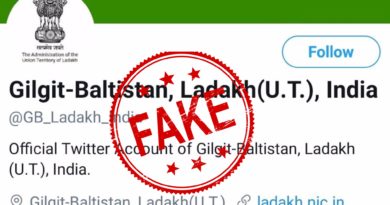