A video has gone viral on social media that allegedly shows a man suffocating a patient in what is assumed to be a hospital ward. Screenshots of the video are as follows and the entire video can be viewed here. 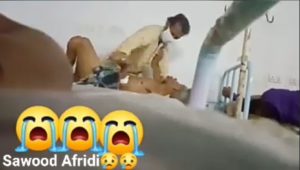 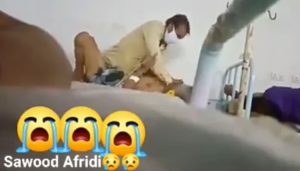 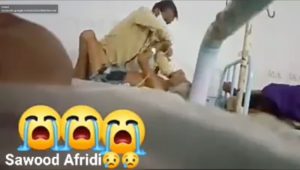 The video is being speculated that it shows hospitals killing their patients that have been tested COVID-19 positive to control the Coronavirus figures in the country.

The video was shared on a profile under the username Drshiv Poojan Mathur and has since then been viewed 1.3k times. The caption in Hindi reads:

The above caption, when translated, reads: ”

“Extremely frightening video was revealed, how the people were killed, so that the Corona patient figures so that the hospital also gets money. Reach as many people as possible so that strict action can be taken.” 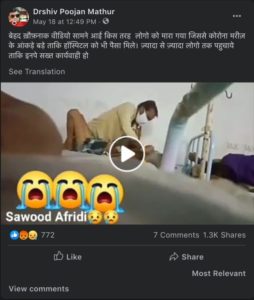 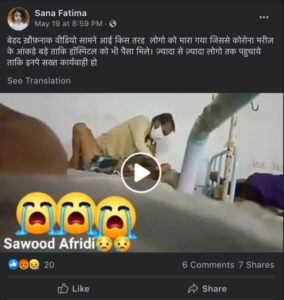 Another Facebook user shared the same video with captions,  “Don’t know where this video belongs to? But there is a big conspiracy in the guise of Corona!”. The post has been shared 19,000 times. 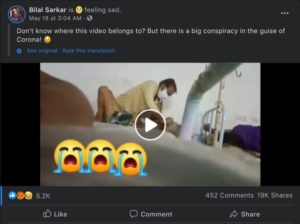 A Google Reverse Image search of keyframes led us to an an article posted on a website sokalersongbad.com which is a Bangladesh based website. It described an incident that happened where an elderly man by  the name of Mansur Mollah was choked to death after a fight broke out between two parties. It happened in Faridpur’s Dadpur in Boalmari, Bangladesh. The article written in Bengali can be viewed here and a screenshot is  follows: 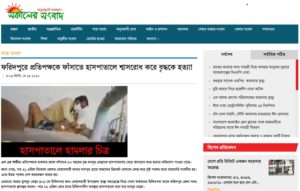 This article was also tweeted in the following tweet on May 19th.

However, the article does not match the contents of the video and the incident, when initially reported did not reference to the video either. An article published on dhakatimes.com reads the following:

“An old man named Mansur Mollah was killed in a clash between two groups at Boalmari in Faridpur.

The incident took place in Dadpur area of ​​the upazila around 8:30 pm on Tuesday. 7/8 people on both sides were injured.

Boalmari Police Officer-in-Charge (OC) Aminur Rahman said Abu Bakkar, son of Fazal Khar of Dadpur village, had an argument with Kibria Mollah, son of Soleiman Mollah, on Tuesday evening. Due to this, the people of Fazal Khar attacked the people of Chhelaman Mollah at night. At that time, his neighbor Mansur Mollah got hit in the head when he tried to stop him. He was rescued and taken to Faridpur General Hospital. He died at around 1 am while undergoing treatment there. The body was sent to Faridpur Medical College for autopsy, he said.” 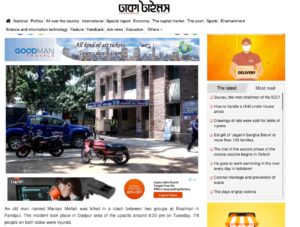 The original article can be found here.

Another article published by The Daily Prothom Alo states that the fight broke out over a game of cricket and the old man identified as Mansur Mollah, 60 was injured in the fight and succumbed to his wounds on April 22.

The entire article can be read here.

A deeper Facebook search  with keywords, “‘ভিডিও মনসুর মোল্লা’ ( Video Mansur Mollah) revealed a Facebook post by Hasan Molla. A screenshot of the same is as follows: 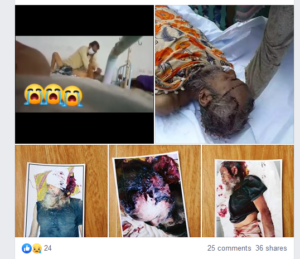 “District Faridpur, police station boal,
In Dang Union, there was a clash between two parties on the last April 21th in the village of dang, with many injured, including moon sur molla, all of them were admitted to the hospital, the head injury was very much Critical, he was sent to faridpur medical college hospital, on 22 April 22, on 22th April, he died on 22th April at 22 pm, as soon as he died, the people of his party were broken in the opponent’s house. Also looted.
Now my question is that 2/1 days a video has been viral on Facebook, if moon sur was killed by his neck, he had a beard on his head, he had a beard on his face, the person who was in the video, the person who was in the video It turns out that he doesn’t have a bandage on his head, then how can this video be moon sur mullah, the video is totally fabricated,
The other party posted this video to trap the opponent.“
A Facebook post under the username Rajesh Sarkar was posted that stated the following: 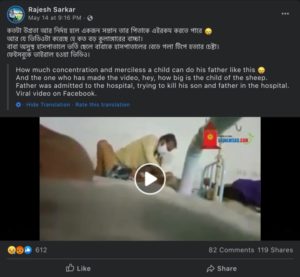 This video was viral in Bangladesh and has since been reposted on Indian social media handles stating that it shows patients  being killed in hospitals to show a surge in Coronavirus deaths. Hence the claims associated with the video is false. 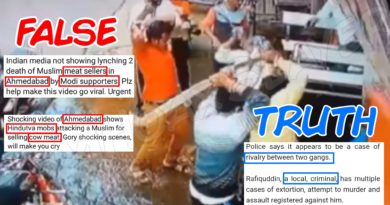 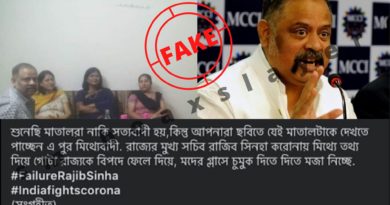 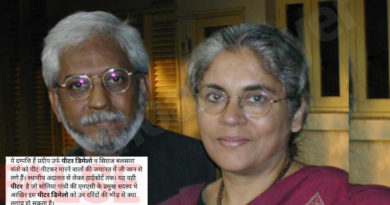