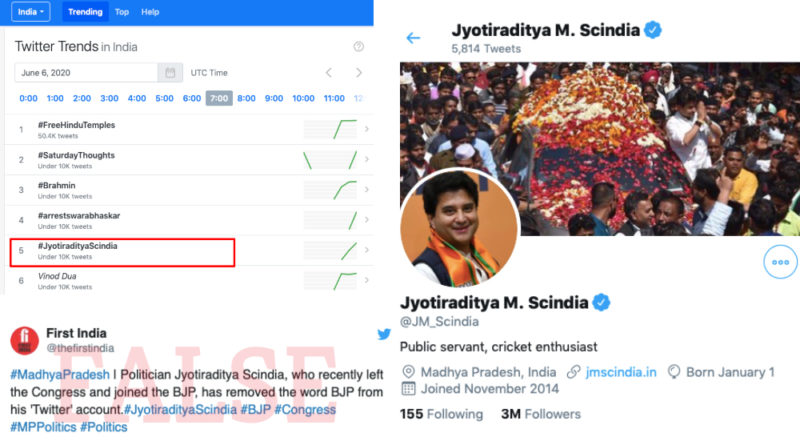 Claim: “Jyotiraditya Scindia has removed “BJP” from his Twitter bio. He might now quit the BJP too after leaving Congress in March this year.”

On 6th June, #JyotiradityaScindia was the top 5 trends on Twitter, with netizens claiming that he has removed “BJP” from his Twitter bio and that he might quit BJP as well after leaving Congress in the month of March. While many claimed he might be joining Congress again.

As per GetDayTrends, #JyotiradityaScindia was in the Top 5 trends in India, on 6th June. 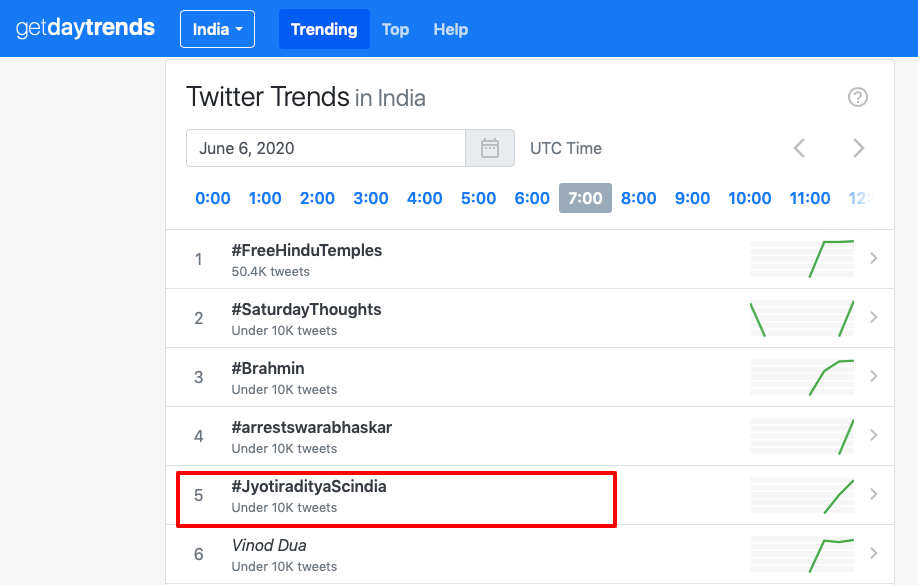 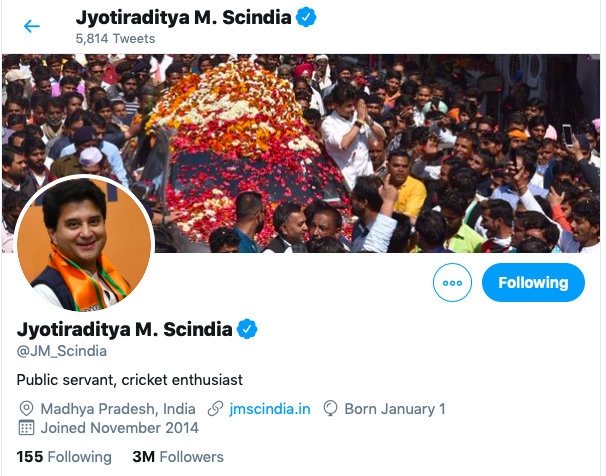 To begin with, Jyotiraditya Scindia never added “BJP” to his Twitter bio. Firstly, we went to an online tool that tracks Twitter profile changes named, Spoonbill.

J. Scindia had last changed his Twitter bio on November 17, 2019, while in Congress. 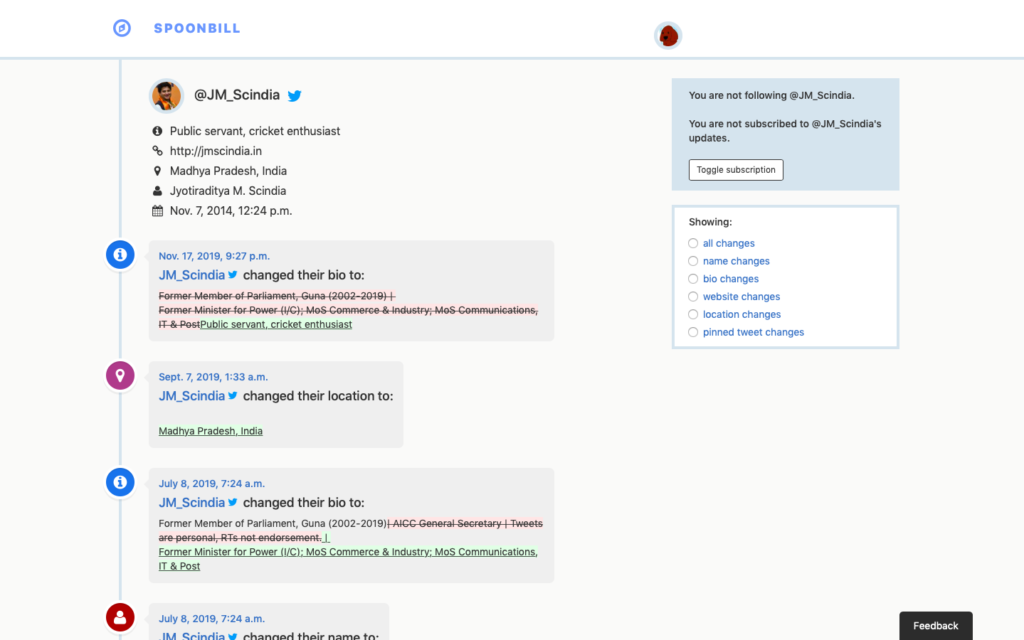 J. Scindia had significantly removed the designation of former MP and former Union minister to “Public servant, cricket enthusiast”. After the change on Nov 17, 2019, Scindia never changed his Twitter bio. He changed his profile picture when he joined the BJP in March 2020.

We also found an archive of Scindia’s Twitter profile saved on May 17, 2020, in the digital archive tool “Wayback Machine”, which proves that he did not change his bio even after joining BJP. The bio read the same, “Public servant, cricket enthusiast” 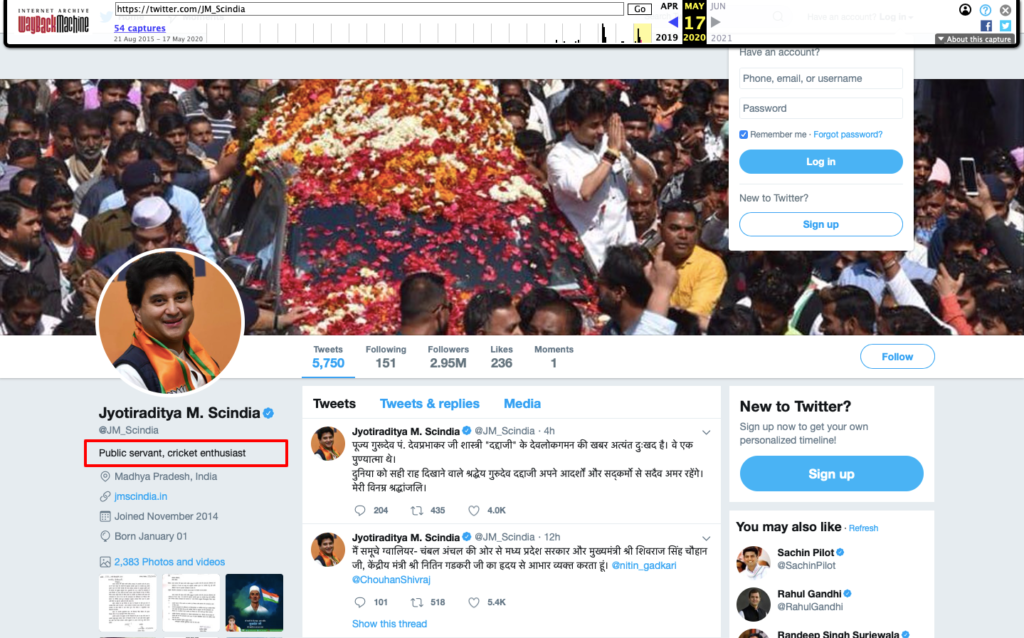 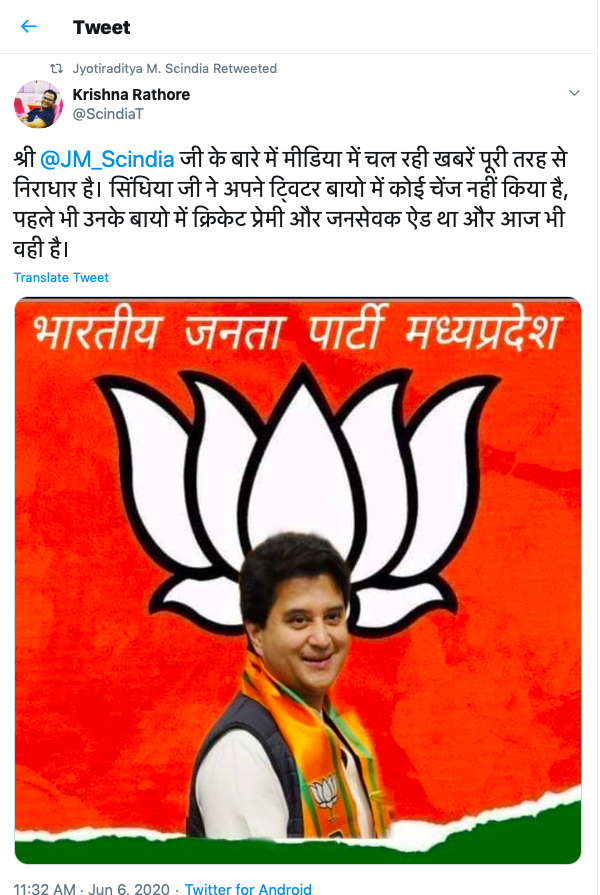 Archive
Hence it is established that Jyotiraditya Scindia never added “BJP” to his Twitter Bio, the claims are absolutely false.
It is to be noted that Jyotiraditya Scindia, former MP from Guna in Madhya Pradesh, had joined the BJP on March 11 this year after an 18-year-long term with the Congress. The move had toppled the Kamal Nath government in MP as 22 MLAs loyal to Scindia resigned from Congress and joined BJP. This paved the way for the Shivraj Singh Chouhan-led BJP government to return to power. 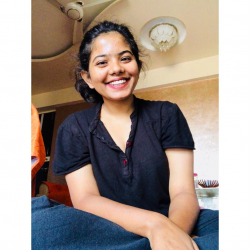 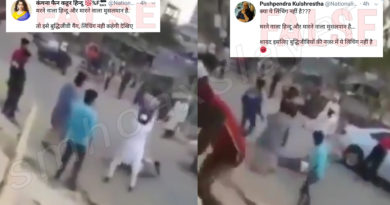 This viral video is neither from India, nor the victim’s religion is different then the mob’s. 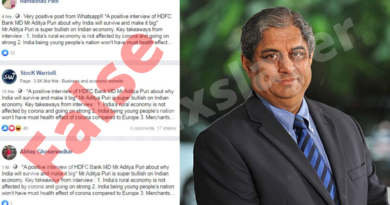 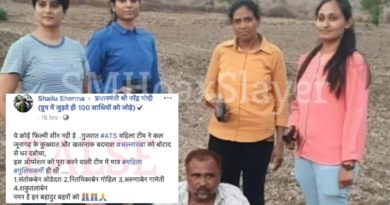