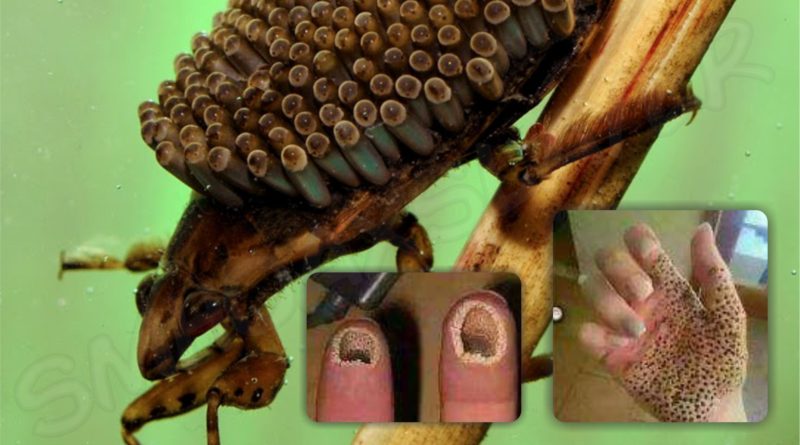 A set of image has been viral for few years, mostly on WhatsApp which is quite horrific, gives goosebumps.
The message has photo of a bug with small circles on it’s back and claims if someone touch this incest, he/she will get holes in skin as shown in another image of Hands and fingers.
“This insect, if touched can bite and infest u with a virus causing such holes etc in your skin”

TRUTH: Although this gives shivers which it is meant to but this is a Giant male bug carrying eggs which does bite like regular insects only.
The photos of palm/fingers are merely photoshopped & makeup and is meant to exaggerate ‘Trypophobia’ i.e. fear from holes in skin or skull or bones as shown in movies which it has succeed

“Trypophobia is a proposed phobia (intense, irrational fear, or anxiety) of irregular patterns or clusters of small holes or bumps.[3][4] The condition is not officially recognized as a mental disorder,[1] and is rarely referenced in scientific literature.[5][6]

Although few studies have been done on trypophobia, researchers hypothesize that it is the result of a biological revulsion that associates trypophobic shapes with danger or disease, and may therefore have an evolutionary basis.[1]

The term trypophobia is believed to have been coined by a participant in an online forum in 2005.[5] Since then, the concept of trypophobia has become popular on social media.[5]“ – Wikipedia

This insect is very dangerous,don't try to touch it pic.twitter.com/hZnTj3gRd6

The photo of palm and fingers with hole is an effect/Make up for horror movies etc, you can watch how is it done here.
नीचे यूट्यूब का लिंक दिया की है कैसे किया है-

Description:
Aquatic bug with eggs. As GOODY pointed out, this is a “true bug” in the order hemiptera, NOT a beetle (order coleoptera).
Habitat:

Found in the riffle of a shallow, fast moving section of Delaware Creek, just below the low-water dam.

In the sub-family Belostomatinae, they have large egg size, which lead to the necessity to oviposit them on land to prevent drowning, so the male is responsible for maintaining the eggs hydrated, by carrying water repeatedly in order to prevent desiccation. In the sub-family Lethocerinae, the males carry the eggs in their back in order to prevent the drowning of the eggs being necessary some active male-tending behaviour, as brood pumping or emerging, being exposed to predators

Be careful with this dangerous insect, whenever you see it. Never touch it! pic.twitter.com/zTr5jZw58F 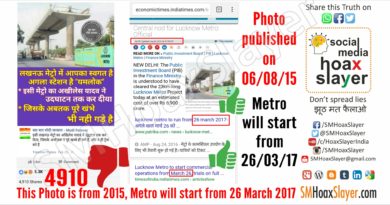 Lucknow Metro is yet to begin. 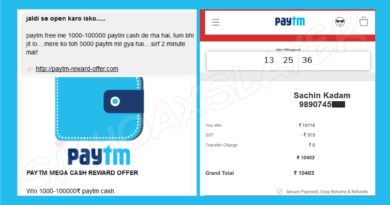 Is PayTM giving you cash reward of Rs. 10,000 ? Check the Scam and it’s usual methodology. 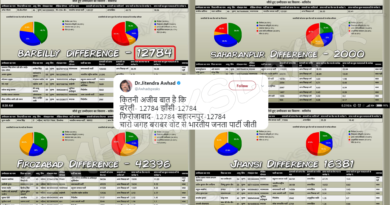 Did BJP win 4 seats in UP by exact margin of 12784 Votes? Coincidence or FakeNews ?