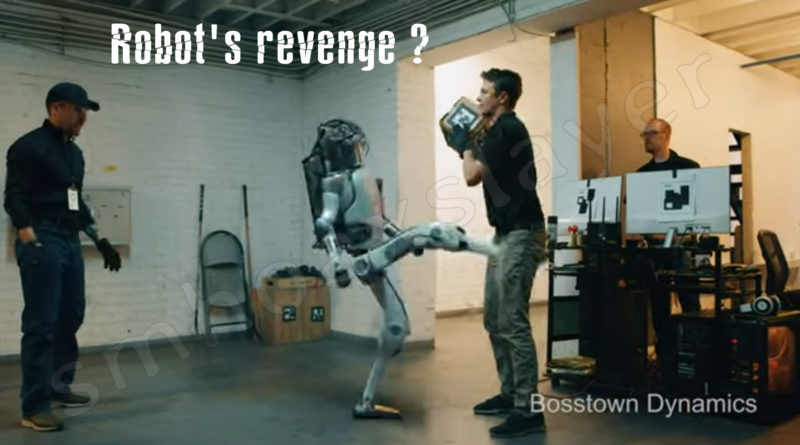 A video is viral showing 2 men are beating, abusing, teasing a robot which in the end, takes revenge, kicks both just at the dangerous spot. The message viral claims “Rise of the Machines”. This gives an idea to us that robots will hit back and may take over humans as many sci-fi movies suggested.

If you are not aware, the Robot Model shown in the video resembles “Atlas”, a Humanoid robot being developed by “Boston Dynamics”, American engineering and robotics design company founded in 1992 who have developed many other models like Spot, a robot resembling dogs.

The viral video shows two men beating, abusing, pushing the robot sees as experiment to check it’s reaction to which it balances, gets up, but the video ends up with following screenshots from the video where it kicks back at their crotch. 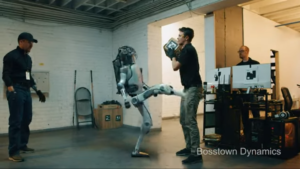 DAMN THE ROBOTS ARE DONE WITH US!!! 😱😱😱 pic.twitter.com/YKY2UoLhj9

Robot Revenge.There is real danger in ticking off our new Robot Overlords.

Boston Dynamics has actually developed mobile robots like Atlas and Spot etc. which gives us a glimpse to the future but then this video breaks the dream.

The robot in the viral video actually is not a machine but a human, the video is a parody on the actual Atlas. 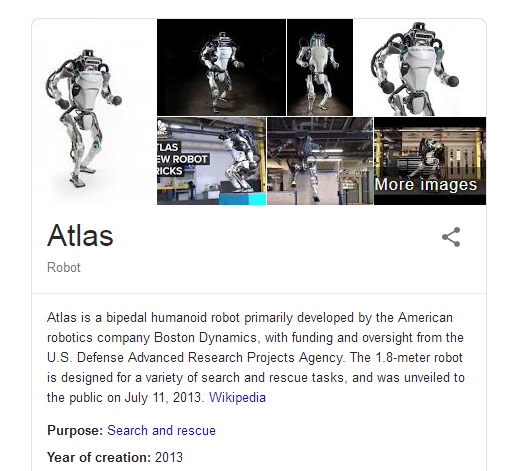 The first clue itself is misspelling. They replaced “Boston” with “Bosstown”

The parody video is created by Corridor, who specialize in CGI i..e digital editing in movies etc.

Below is the complete original video which Corridor made

In the following video they explained how did they do it

Hey @kocizum this is the source for this vid. We worked really hard on it so we’d like for people to be able to see the original. If you could credit us by reposting the link or @ mentioning us we’d really appreciate it. dm is if you have any ?s. https://t.co/NNc5oocY8A

Below are two photos which were edited changing the man in green to the robot. 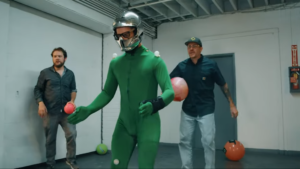 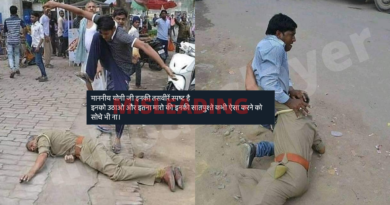 Images of people beating up policemen in UP are old 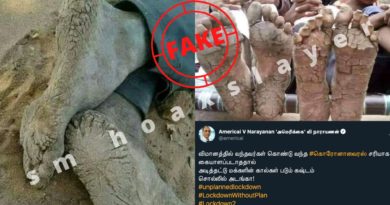 Are these images of migrant workers that were stranded amidst the COVID-19 lockdown?