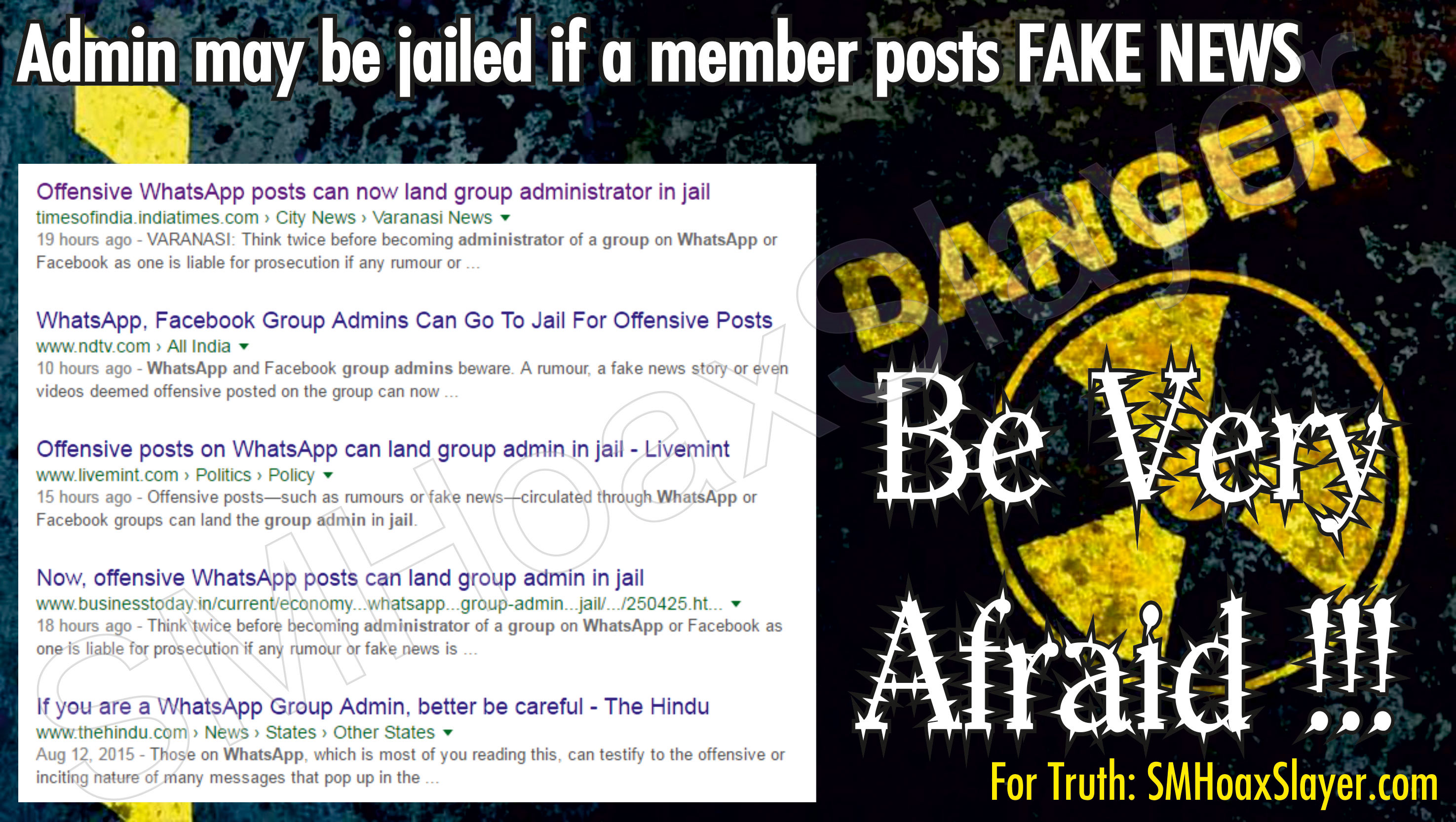 Save this image and share on all your whatsapp groups.
The admin if doesn’t take action (warning and removal) on the fake news poster, he/she is hold accountable.
PS: This currently seems to be applied only to Varanasi (not clear) but hope it does apply to entire country.

Times Of India Says –
Think twice before becoming administrator of a group on WhatsApp or Facebook as one is liable for prosecution if any rumour or fake news is circulated on it.

Social media platforms allow a person to create a group on which members can share views, photographs or videos.

Concerns have been raised about social media misuse as fake news, morphed photographs and disturbing videos with fabricated local narratives can easily be circulated that can trigger tension and even communal rift in an area.

In a joint order issued by District Magistrate Yogeshwar Ram Mishra and Senior Superintendent of Police Nitin Tiwari, it has been made clear that any factually incorrect, rumour or misleading information on a social media group could result in an FIR against the group administrator.

“There are several groups on social media which are named on news groups and also groups with other names which are propagating news and information which is not authentic. These are being forwarded without cross checking,” it said.

Considering this issue, directives are being issued to social media groups, WhatsApp and Facebook group administrators and members, the order said.

There are over 200 million WhatsApp users in India.

It directed that social media group administrators should be ready to bear the responsibility and ownership of the groups.

The administrator must include only those members who are personally known to him or her.

If any statement is made by a group member which is fake, can cause religious disharmony, or rumour, the group admin must deny it on the group and remove the member from the group, the order said.

Such a post must also be reported to the nearest police station so that action can be taken against the member under the law, it said.

The order, issued yesterday, says while freedom of expression on social media is important, it also comes with a responsibility. 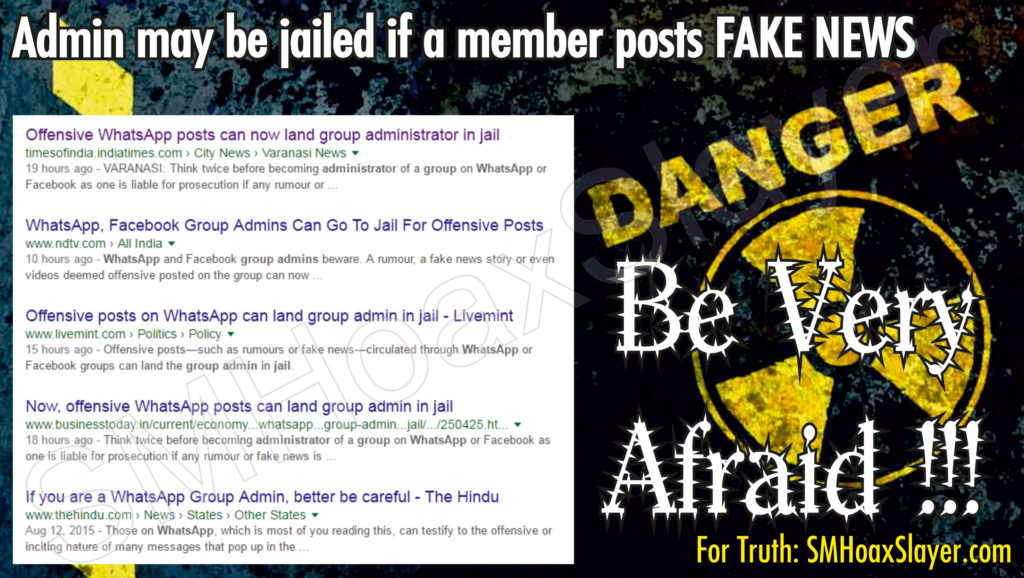