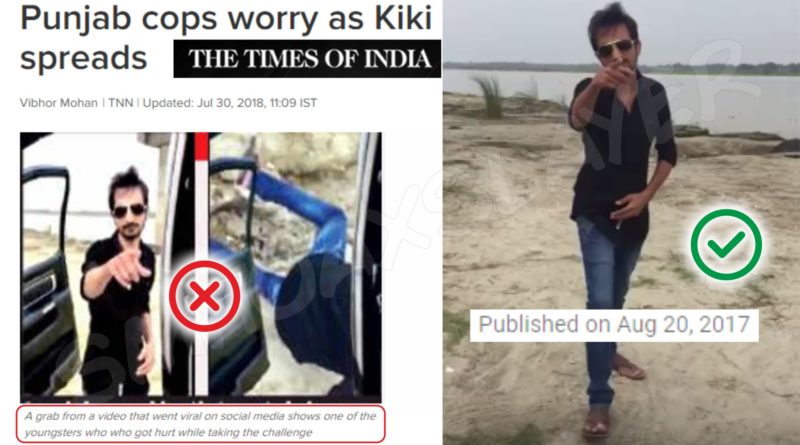 Times of India wrote an article on #KiKiChallange and used screenshots of a video claiming to be from the challenge where a man falls on ground in second photo.

KiKi dance challenge is viral globally. It is about someone dancing and moving along with a moving vehicle/car where the video is taken from inside of the vehicle and post online.

Times of India published an article as it make Punjab cops worry for obvious reasons, as it may lead to accident, injuring someone. 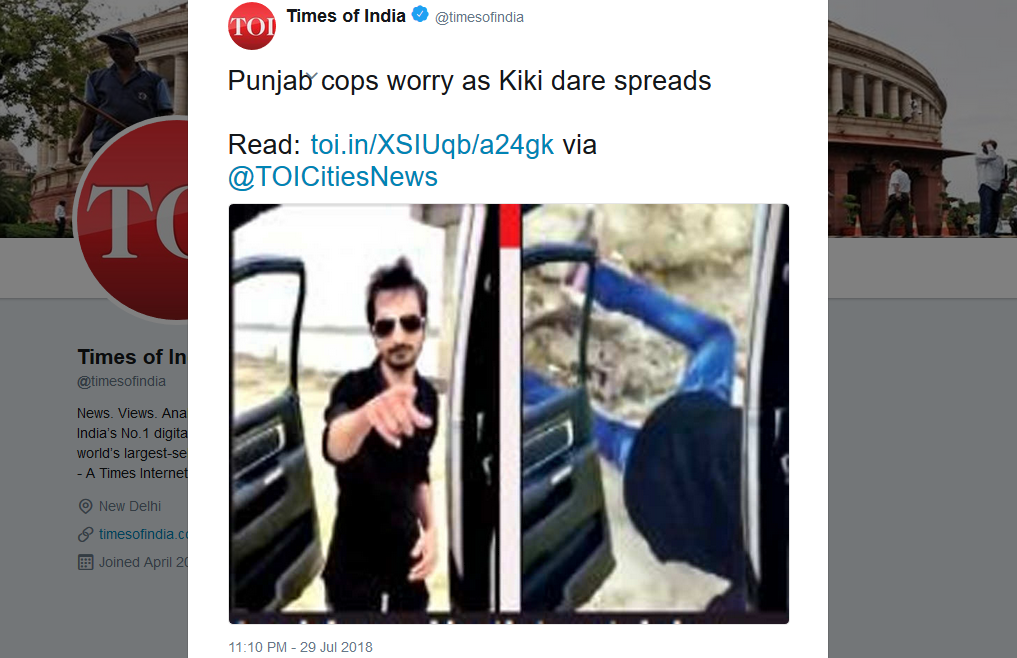 They have deleted the tweet but you can see it here

They also edited, removed wrong image with other along with a acceptance declaration

But you can see the earlier/wrong version here 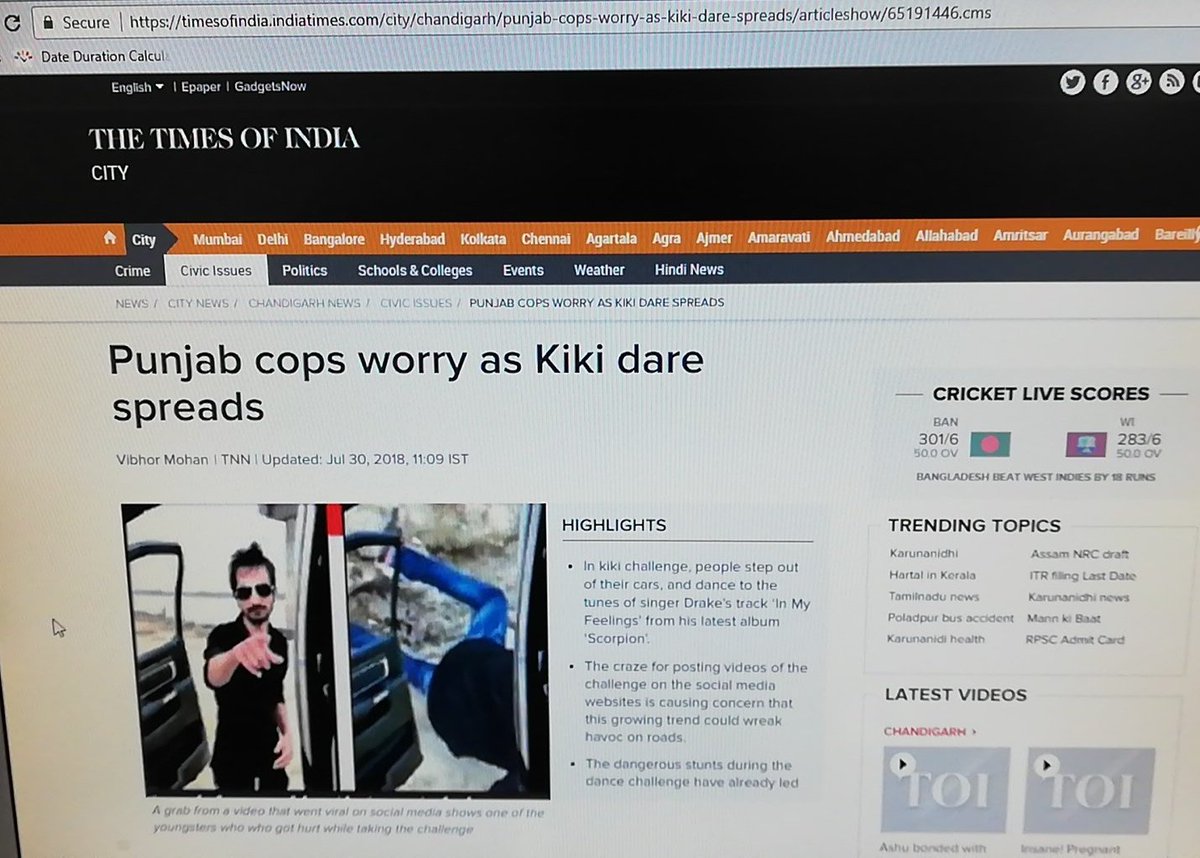 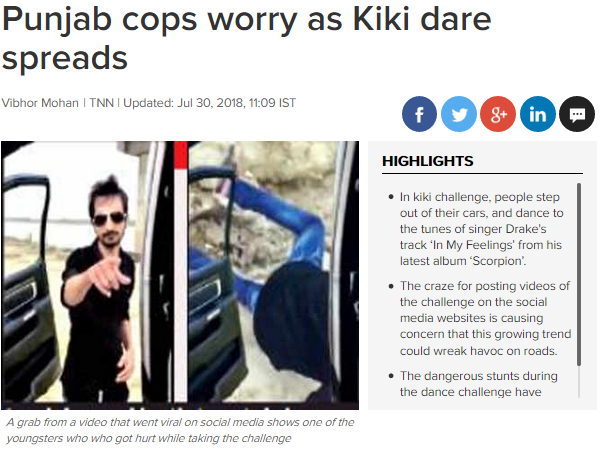 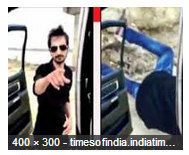 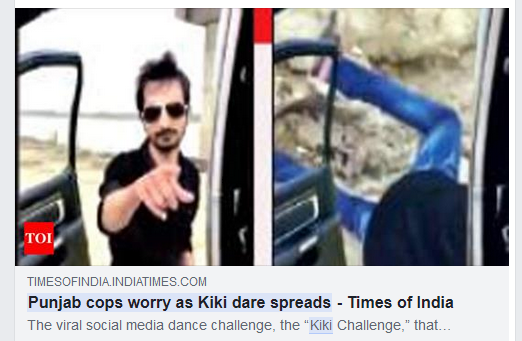 Following is the image of the Newspaper contributed by a follower –

The man in video is Shahid Alvi. He made this video and posted in Aug 2017, He makes such video with humor targeting governance ans system.

In this video he keeps walking towards camera with finger pointing and then suddenly falls because of a ditch and abuses Nagar Palika i,e City municipal corporation.

This became very viral and reached almost every mobile on Whatsapp.

Just to add pinch of humor, someone added a door to make it look like a Kiki challenge and that was what mislead the Times of India. 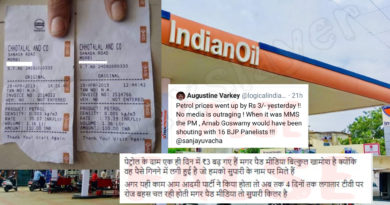 Petrol price didn’t go up by Rs. 3 on 29th April as claimed in viral message. 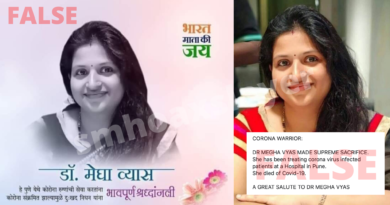 Did a Dr. Megha Vyas lose her life to coronavirus? 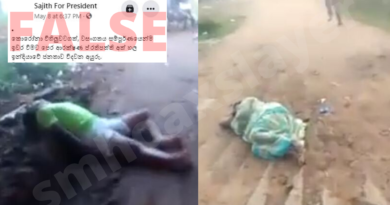 This video of victims is due to the gas leak and not COVID-19 pandemic.