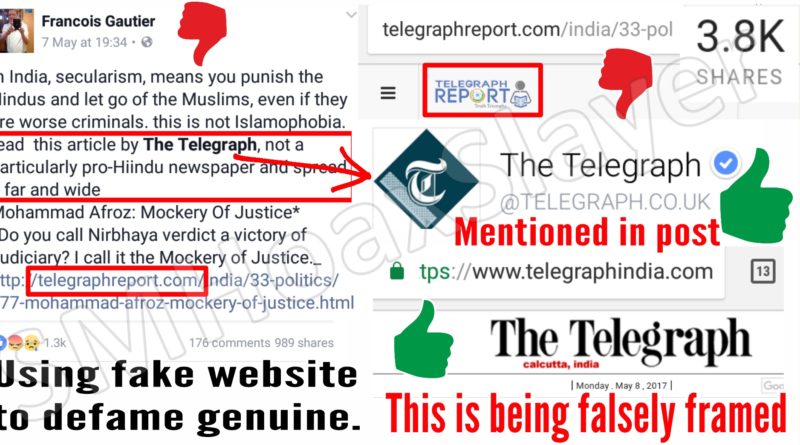 Is Francois Gautier a Journalist ? Using fake website to defame genuine one.
The news what he posted doesn’t matter here, it’s a different story. The point is how this guy is projecting it using mischievous ways.

Yes, the news we relate with, if a guy is old enough to rape, kill, insert rod in vagina of Nirbhaya, he deserved to be hanged, but something is seriously wrong with law, that he still is unhurt.

But what is wrong here with this post is exactly what happened last month in the name of BBC.

What Francois Wrote
“In India, secularism, means you punish the Hindus and let go of the Muslims, even if they are worse criminals. this is not Islamophobia. read this article by The Telegraph, not a particularly pro-Hiindu newspaper “

1. From his post – “not a particularly pro-Hiindu newspaper”.
He is calling a newspaper TheTelegraph against Hindus while the link he gave is of some small time fake website TelegraphReport.
2. From His Post – “In India you Punish Hindus & not Muslims”
Yes those 4 to be hanged are Hindu but
a. this 5th guy at the time of horrific crime was days away from being 18 Years, so law considered him as Juvenile
b. It’s also law not to reveal name of Juvenile, because of which no mainstream media, no credible source, not even in case was his name revealed. “Mohammad Afroz” seems to be a coined name.

So being juvenile he was not hanged, not because of being Muslim, which also is under doubt.
Further the law says that once a juvenile is released it’s duty of “The Department of Women and Child Development of the Delhi Government ” to give him an opportunity to earn for which they gave him a sewing machine. Yes Agree with what you have in your mind, why help ? why not punished, hanged ? But unfortunately that is how law is 🙁

So the purpose of post is sheer hatred towards a religion and not the crime itself. 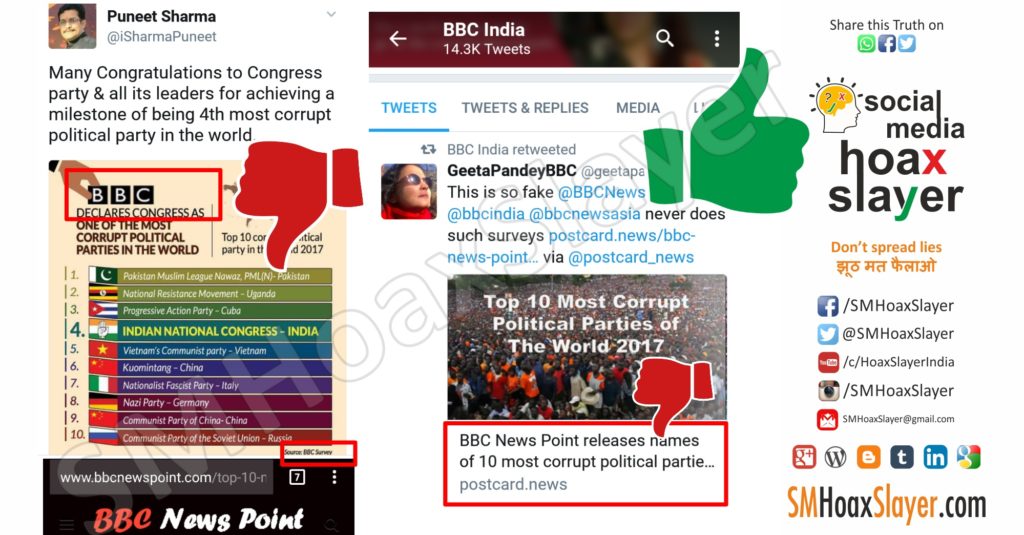 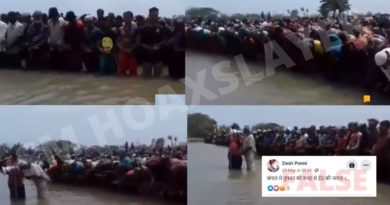 Viral video of thousands offering Namaz in water is from Bangladesh, not West Bengal 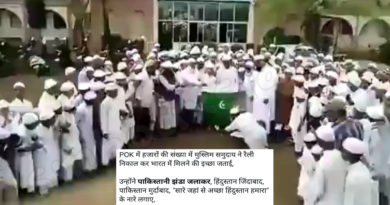 A 3 year old video of Muslims burning a Pakistan’s flag from UP, is viral claimed as recent from POK.

There won’t be any medicine sprayed by Helicopters to kill COVID-19 .