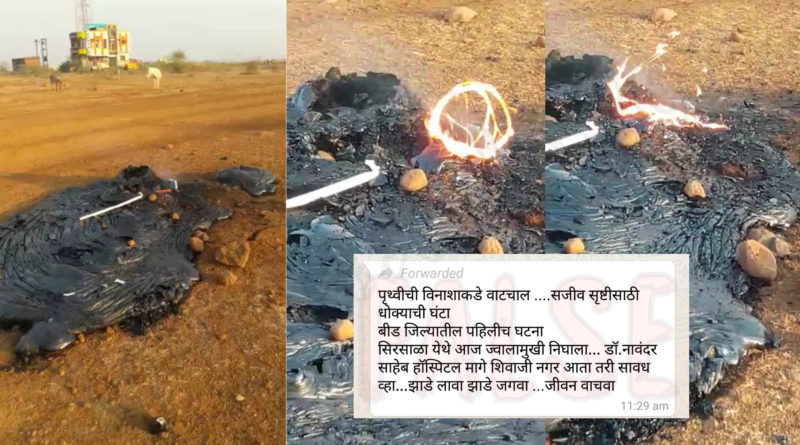 A video is viral in which molten red colored liquid, surrounded by black solid can be seen which resembles to lava in volcano.

Translation “We are heading towards the destruction of the Earth. The Danger hour for mankind and other living creatures.
The first incident happened in Beed district.
Volcano emissions happened in Sirsa today, … Behind Dr. Nawar Saheb Hospital, Be Alert now … plant trees, save trees … save lives.”

People have panicked claiming this to be a sign from god that apocalypse is just around the corner, this is a result of us, the humans playing with the nature. 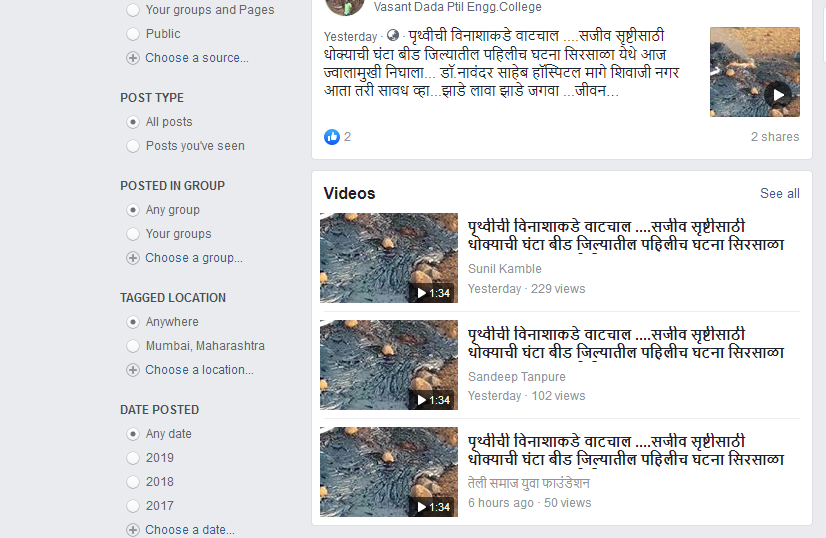 This happened on 15th April 2019. The video is genuine but it’s not the lava from under the surface of earth like Lava from Volcano. This was a result of High tension electric cable which fell to the ground. The heat was so high, the rocks melt.

“A village in Beed district of Maharashtra witnessed panic after a dark, bitumen-like substance was found boiling on the the soil. The local residents took the substance to be volcanic lava, which, however, later turned out to be rocks. The rocks had melted after coming in contact with a high tension power cable of the state electricity distribution company that had fallen to the ground.

Locals even made a video of the incident, which took place at Sirsala village Parali Vaijnath taluka of the district. The video has gone viral on social media.

After watching the video, which was widely shared on the social media platforms, several people called the district administrative officials to know the reason behind it.

“We told the locals that there is nothing to fear as it has nothing to do with volcanic activity,” he said.” Source: India TV 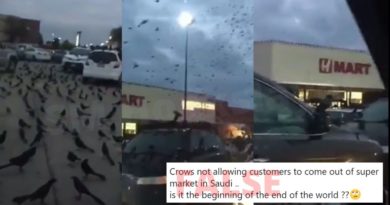 Did the Traffic Signal cross the road in Mumbai ?

Did Muslim man wear a turban disguising as a Sikh to protest against CAA ?