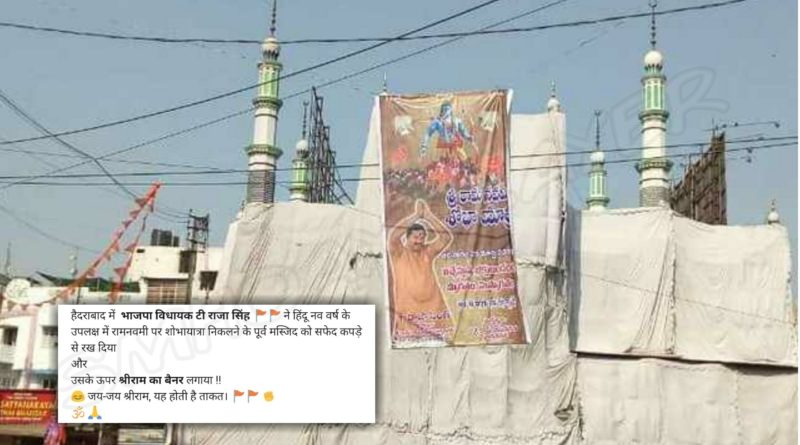 A photo is viral claiming a banner for Ram Navami was hung on a mosque in Hyderabad. The Mosque in photo is Siddiamber Bazar Masjid and the banner seems to be hanging on Mosque is optical illusion, merely camera angle. It looks hanging because of the position from where the photo was taken. The Banner actually was hanging in air from rope at a distance from the mosque. The banner for Ram Navami has Photo of MLA Raja Singh, constituency of Goshamaha, Hyderabad.

The Banner is hanging at a distance from the Mosque on a rope in air. 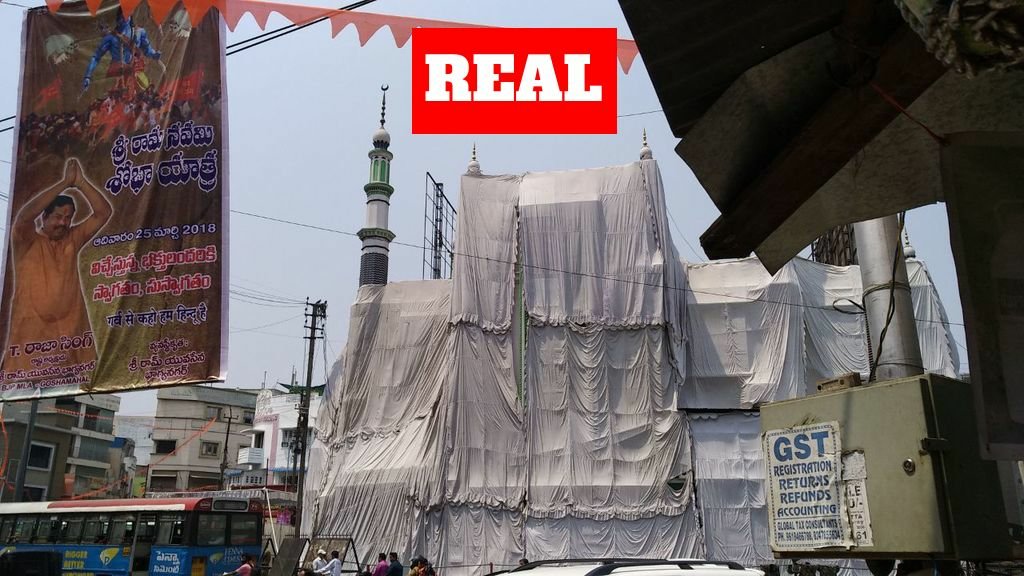 Don't believe in Rumours#Don't spread or come under influence of any rumour or fake news or morphed photos. It is offence under IPC & IT Act. pic.twitter.com/zneE7ZTQS7

About White cloth on Mosque, Hyderabad had always been a city afraid of communal tension. So the Local Gov Bodies and Police take this action, i.e Hide the religious structure as precautionary measure 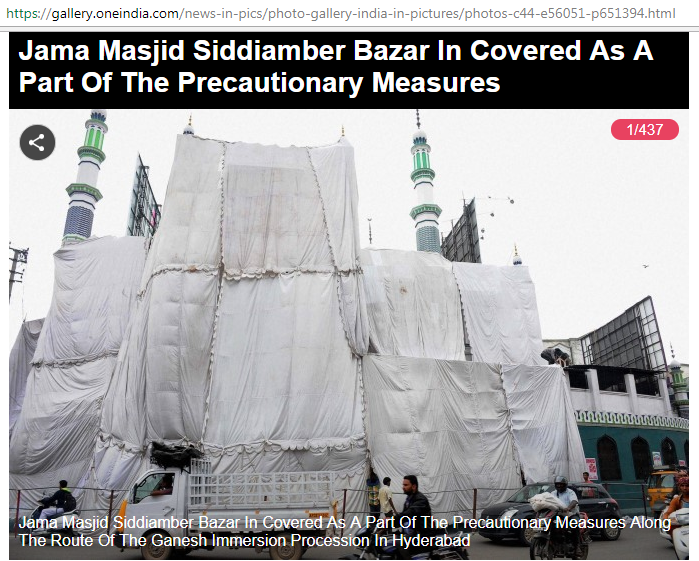 The Twitter handle of the City Police was seen replying with the original image to tweets that had morphed pictures of Hindu deities hung over a masjid.
Some of the morphed photos were uploaded yesterday and today and the intention was to provoke an angry reactions. The culprits would be punished, said the police.

Describing a photo in which a picture of Lord Rama is placed on the compound wall of a mosque, Assistant Commissioner of Police, Abids, G. Biksham Reddy said: “The photo was taken from an angle from where it looks like the picture is hung over the mosque but if one moves slightly aside, we can see that the actual image is far away.”

A case has been registered and a probe ordered to find the source of the false picture. A vernacular news channel actually shared the image on Facebook, without verifying its authenticity, with a caption reading: ‘Requested to the police commissioner to remove this poster from Masjid Osmangunj’.

It was picked up and shared on Twitter with netizens tagging KTR, Telangana DGP and Hyderabad city police and asking them to remove the same.

The twitter handle of the Hyderabad police gave a prompt reply to this post by saying ‘Sir it is a fake picture’, along with an image taken from a different angle.

The police say this has never happened before during any religious procession. Many on twitter replying to the police, said, ‘Hope the people in Twitter are more intelligent’. Despite being warned not to believe everything you see on social media platforms, people continue to do so, and forward misinformation.

The RamaNavami procession started on Sunday afternoon at 2pm from Sitarambagh and passed through Mangalhat, lower Dhoolpet, Purana-pool, Jummerat Bazaar, Gowliguda and culminated in a public meeting at Hanuman Vyayamshala at Sultan Bazaar. Around 20,000 police were deployed for the bundobast, and this included teams of Greyhounds, OCTOPUS, Task Force, RAF and Telangana state special police.

Hyderabad CP Anjali Kumar, was present near the Siddiamber Bazaar mosque to monitor and oversee the security arrangements.

The additional CP Traffic supervised the arrangements. Traffic was closed on the Afzalgunj, Abids and Begum Bazaar roads to facilitate the procession.
Around 50,000 people participated in the event.  No DJs were permitted to perform in the procession or en route.

Marvel: Infinity War is the most ambitious crossover event in history.

This picture of #RamNavami celebrations from Hyderabad
stands out. pic.twitter.com/AlvjiFAmkB 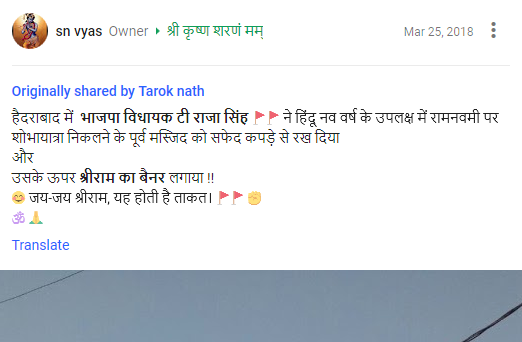 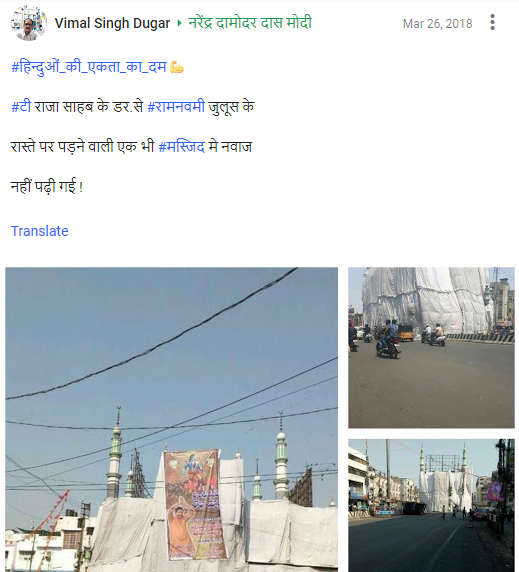 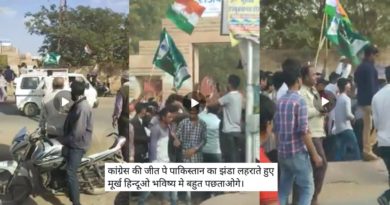 Was Pakistan’s flag waved in Congress celebration rally in Rajasthan ?

This viral video is old and not from the ongoing CAA protest in Shaheen Bagh. 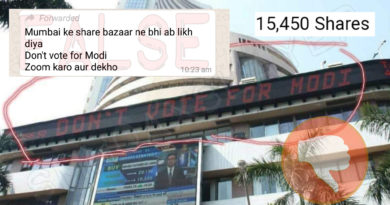