On 24th of June a tweet claiming that doctor Mujahid Hussain  has been removed from the Ayush Ministry because he had put a ban on ‘coronil’ medicine made by Patanjali was tweeted from the handle @RealPushpendra. It got 5931 retweets and 18k likes.

Original post by the handle @RealPushpendra which was later deleted.

The claim made in the tweet was later identified as as fake by Press Information Bureau (PIB) Fact Check.

PIB Fact check also clarified that there was no such panel of doctors in the Ministry of Ayush which was alleged as system jihad. 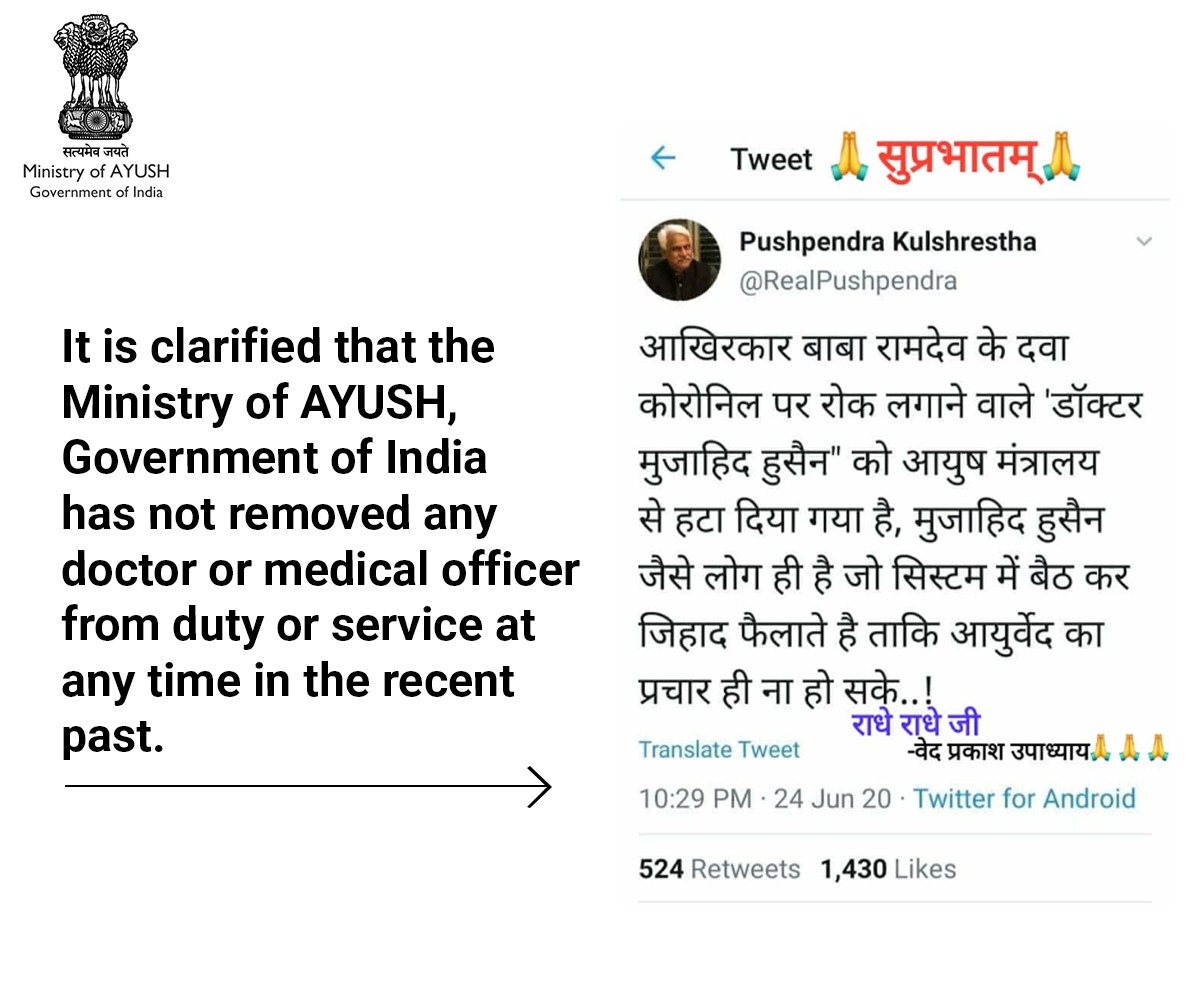 Did Police recently find a weapons in a Temple in Rajkot ? Check the truth.

Did Simpsons predict George Floyd’s death? No, its a false claim.