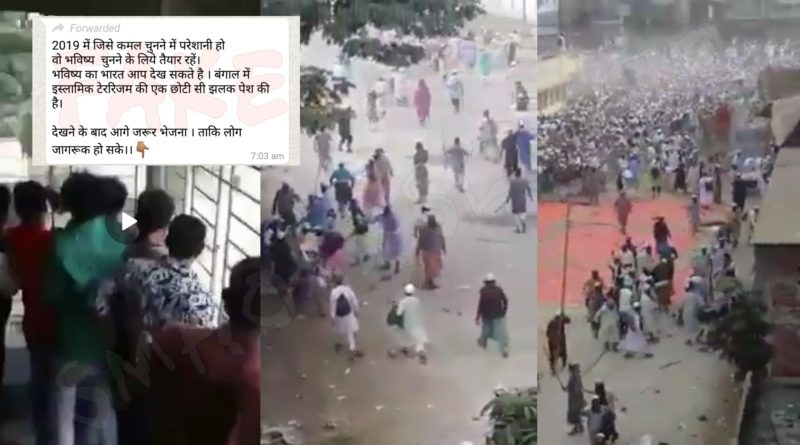 A video is viral on WhatsApp and other social media platforms showing a mob violence on street captured from a building.

Translation: “Whoever has problem in selecting Lotus in 2019, should be ready to choose future. You can see India’s future. Small trailer of Islamic terrorism in Bengal is presented. Do forward after watching do people remain informed.” 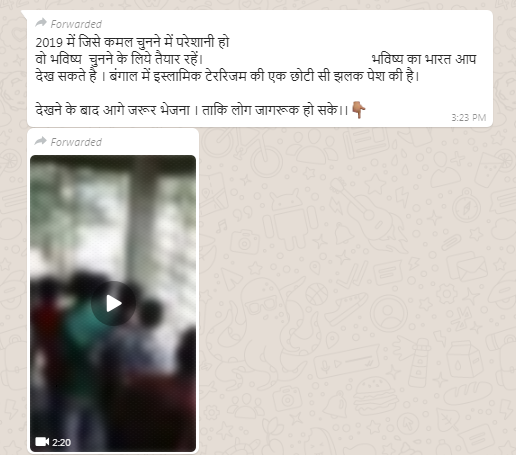 On January 09, 2018 a twitter user with the handle @gopugoswani tweeted a 2 minutes 20 seconds video of violence in street.

The tweet read “A seen in your neighborhood sooner than you imagined….. Think before you vote! Your one wrong vote can turn this country into Islamic nation very soon @Swamy39 @ippatel @KapilMishra_IND @narendramodi @ShefVaidya @girirajsinghbjp @HKupdate”

A seen in your neighbourhood sooner than you imagined…..
Think before you vote!
Your one wrong vote can turn this country into Islamic nation very soon @Swamy39 @ippatel @KapilMishra_IND @narendramodi @ShefVaidya @girirajsinghbjp @HKupdate pic.twitter.com/PTXNhZpMWB

In the comments section of the tweet, the user claims that this video is from Bengal.

Another user with the handle @jcsethi also posted the video, also calming it to be from Bengal.

Translation: Those who find it difficult to choose the Lotus (BJP election symbol) in 2019, are ready to choose their future. You can see the future of India. A glimpse of Bengal Islamic terrorism. Please forward after watching. So that people are aware of the situation.

Both the claims are false. Neither it’s from India, nor did this happen after the last election result declarations.

This video is not even from India. It is from Tongi township of Gazipur, Bangladesh. It was posted to YouTube on December 1, 2018 by a channel named ‘News Network.’

The post is indeed fake and this is an old video from Tongi, Bangladesh. The video was taken during a Tabligh-Jamaat clash in the area.

More links to the true news:

Several photos from these news articles are also viral.

One killed, over 200 injured in Tablighi Jamaat’s factional clashes

This was uncalled for. Confrontation between the two groups of Tabligh Jamaat, supporters of Maulana Saad on one side and those who do not like him on the other side led to over 200 muslims being injured.This is scary, Muslims fighting Muslims cannot be tolerated. This is the same group that profess itself to be peaceful and kind, but guys you are doing a very bad advertising for your group as well as the entire religion. May Allah (swt) save us. If this is what you do to your fellow hanafis, what would you have done if the conflict was with the followers of some other Madhab.It is because of people like these that a peaceful religion like Islam gets a bad name, gets labelled as extremist and barbaric. Well I know this is not the best of you, but you have done a great disservice to Islam and Muslims. For the sake of Allah (swt), please stop! fear Allah! The Prophet (ﷺ) said:Abusing a Muslim is Fusuq (evil doing) and killing him is Kufr (disbelief).For more info:www.dhakatribune.com/bangladesh/dhaka/2018/12/01/tabligh-jamaat-s-factional-clash-heavy-gridlock-on-airport-roa

Videos from Bangladesh are often used as those from West Bengal in India as both these areas share the same language, Bengali. Both these areas also have a lot of cultural similarities which makes it easier to mislead the people.

The video garnered several retweets where users accepted it as true.

It is a Common seen in Rajhasthan, UP, WB, Assam Nowadays.

Coming soon to a street near you.

Amandeep
A Journalism student aiming to make a difference in the society and give something new, something of his own to the field of Journalism.
Latest posts by Amandeep (see all)
Spread the truth:

A Journalism student aiming to make a difference in the society and give something new, something of his own to the field of Journalism. 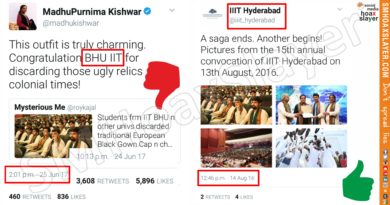 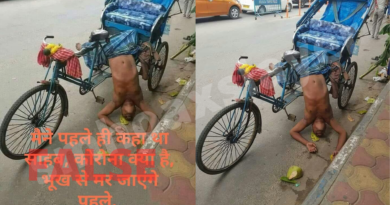 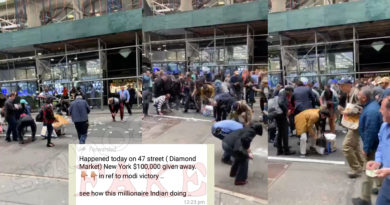 Was $100000 given away at Diamond Market, New York as celebration of PM Modi’s victory ?