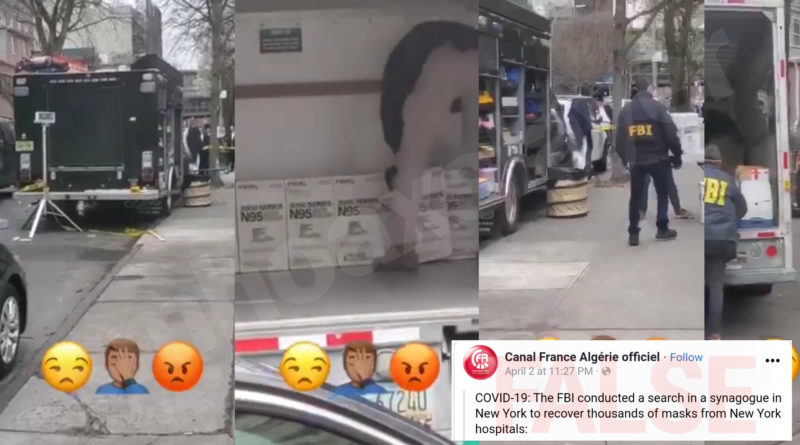 A viral video that was shared over a ten thousand times on social media claims to be that of the United States of America’s Federal Bureau of Investigation (FBI) raiding a synagogue (place of worship for Jews) that used to hoard face masks and many other medical equipment.

This video was shared over several languages that include English, French and even Indonesian. The caption with the video roughly translates to,” In New York, U.S- FBI raided a synagogue, a place of worship for Jew’s, where they hid THOUSANDS OF N95 MASKS needed by hospitals and healthcare workers, all of the masks were N95″. Due to COVID-19, the N-95 masks are usually used by the doctors treating patients affected by the virus.

A Facebook handle named “Canal France Algérie officiel” posted this video with a French caption containing a similar narrative. This video garnered around 40 thousand views and over 1.3 thousand shares.

This video with an Indonesian caption on Twitter from handle named Vë received 54.4 thousand views, 2.6 thousand likes and 1.5 thousand retweets.

This claim is FALSE. A reverse image search by AFP fact check, the same video was uploaded on a Youtube channel named “LiveLeak Police Detective” which was published on April 1, 2020.

The video was titled “FBI raids apartment that hoarded N95 mask”. The video description reads, “A Brooklyn man claiming to be infected with the coronavirus coughed on FBI agents who were investigating him for hoarding medical supplies, the US Attorney’s Office said Monday. Baruch Feldheim, 43, is facing charges of assault and making false statements to the feds on Sunday outside his Borough Park home where he allegedly peddled and stored massive amounts of N95 respirator masks, federal officials said”.

A similar video from another angle was published by Canadian television channel YouTube CTV News. This video is titled, “FBI bust man charged for allegedly hoarding masks, selling at 700% mark up” and the video description reads,”The FBI raided a Brooklyn home, after receiving a tip that a man was allegedly selling N95 masks at a 700% mark up”. 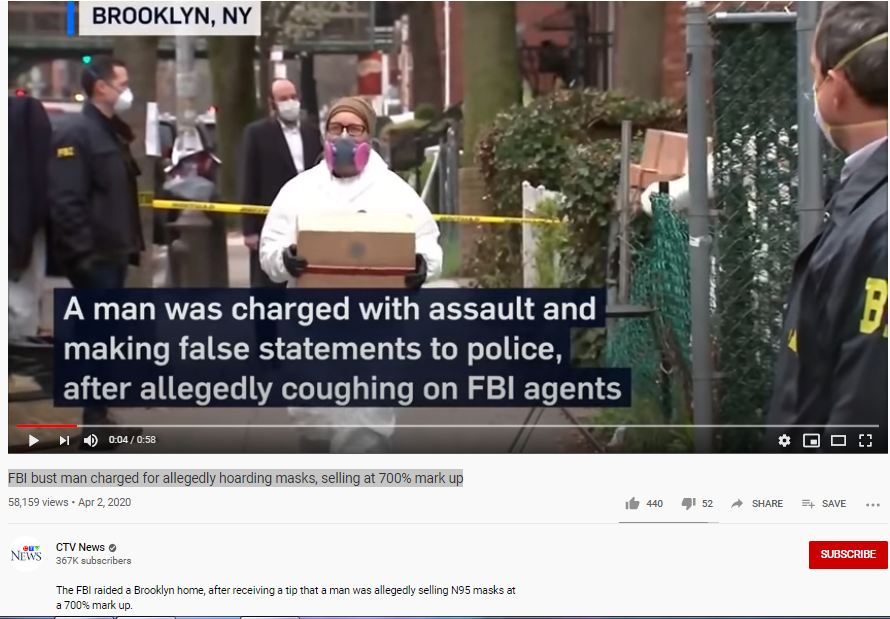 AFP drew up some comparisons between the viral video (left) and the CTV News video (right) and identified few similar features in both the videos.

Also, the U.S Department of Justice also issued a press statement about FBI raiding Baruch Feldheim in his residence on March 30, 2020. Therefore, the claim that FBI raided a synagogue that hoards masks is false. 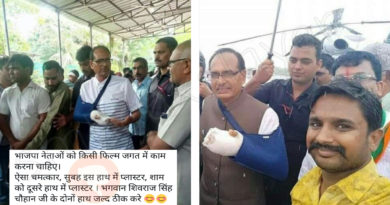 Did Shivraj Singh Chahuan change plaster from one hand to another ? 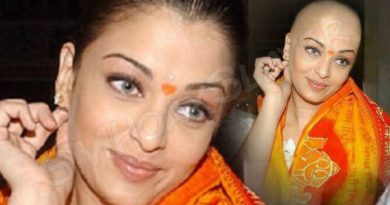 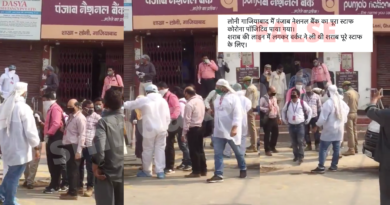