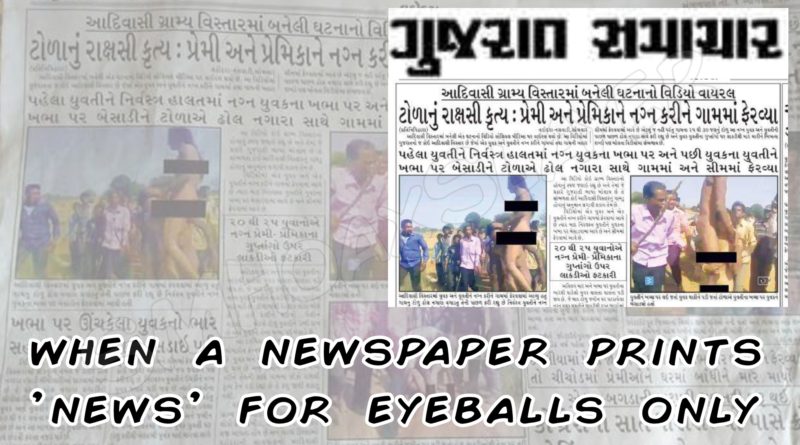 This particular news is a proof what media has comedown to, what journalism means anymore. This is quite saddening, puts us in a fix whom should we believe anymore.

This video was viral on social media, whatsapp etc from where Gujarat Samachar picked up, explained the video in great detail with shocking headlines but missed on the date and location.

How can they miss ? Because facts doesn’t matter anymore, what matters is the shock value of the clip. 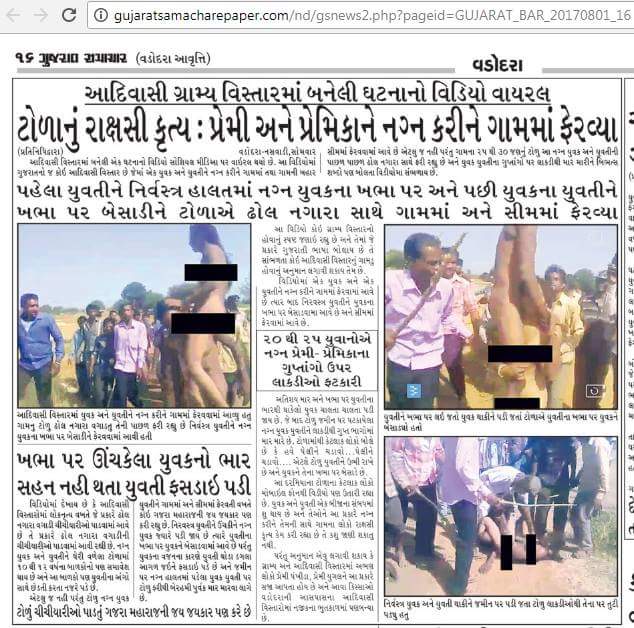 Before printing couldn’t they merely check the facts ? How long or hard does it take merely to Google “dalit couple stripped and paraded” ?

The unfortunate video actually is from Rajasthan, 19th April 2017 I.e. 3 months old. Had already been in media, culprits already caught.

This couple were lovers who eloped but caught later and punished like this, and a failed society shows this mob had the couple’s parents too who agreed and participated in this punishment.

And many just looking for an excuse to criticize Modi Government claimed it as failed Modi Gujarat Model while it’s Rajasthan actually. 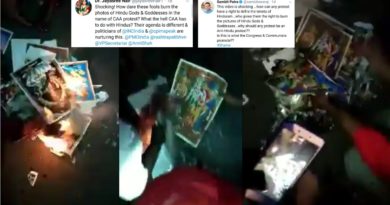 No, These photos of Hindu gods were not burnt during CAA protest. 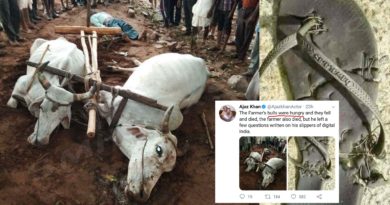 They didn’t die of hunger, reason of death was electrocution. 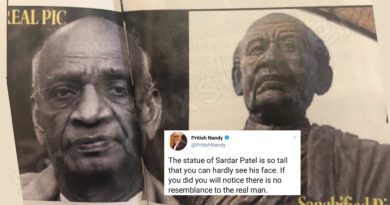 The photo Pritish Nandy claimed as of Statue of Unity is False.