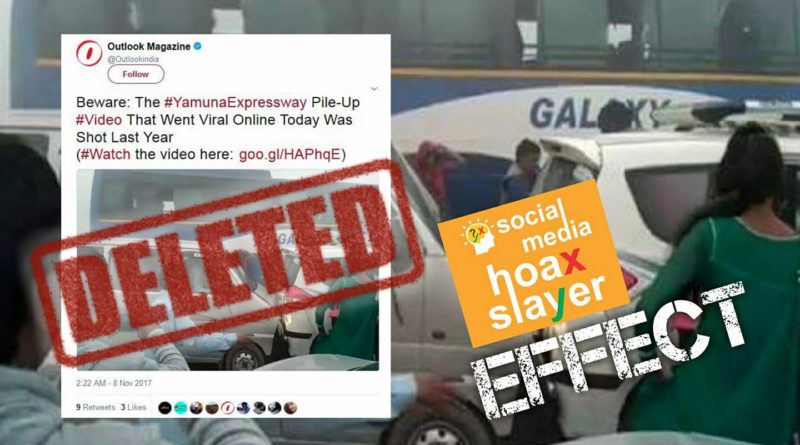 Don’s we all look for sensational head lines ? Something worth jumping to read.
Well, that was a post by Outlook Magazine which sounded very dangerous even. 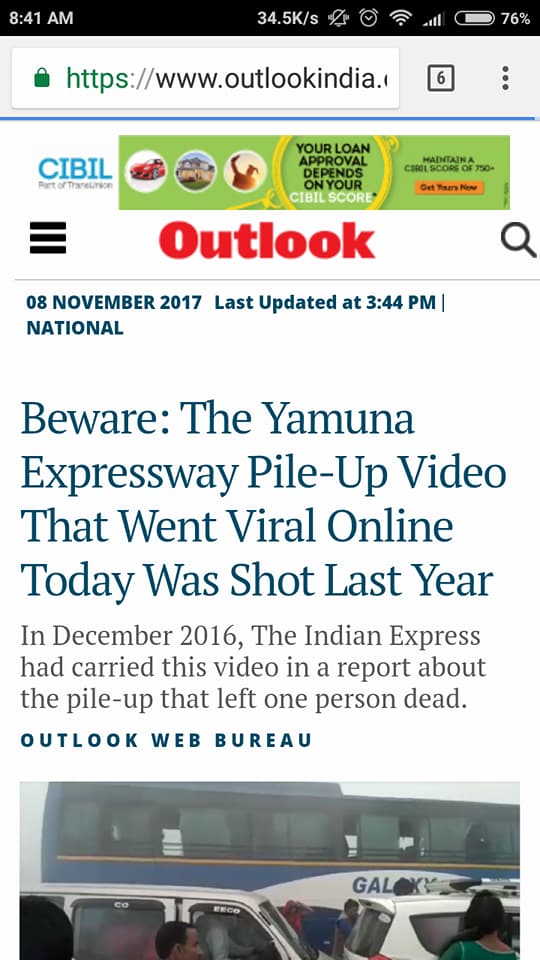 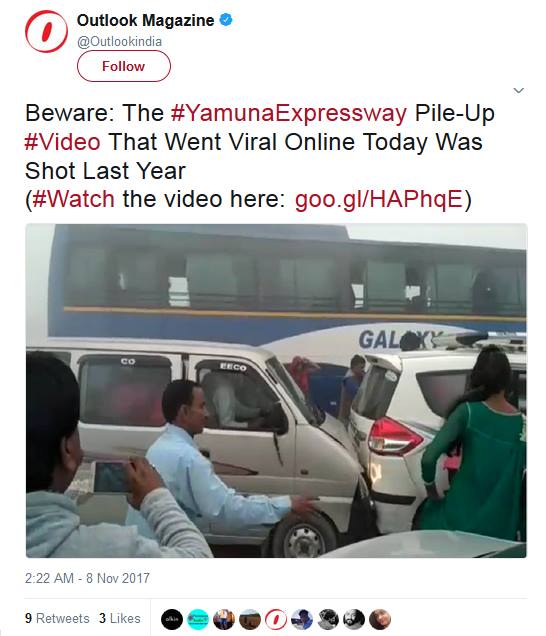 Why is this headline dangerous ?

Can entire media be wrong all together ? Shall we keep our faith intact ?
Because almost every media house in country ran this story yesterday that this video is fresh, new.
And let me honestly confess, I tried like hell to prove all wrong too, spent hours digging entire internet.
Especially when it struck that I’ve seen something like this last year and many also told me the same.
And I did find few such videos i.e pile up on highway due to smog, but none were this. Different cars, tractors, buses, different positions but none were the same. Also this is the only video which caught two live accidents i.e an omini and a white swift, rest all were taken after it was all over

But then why Outlook published it ?
Because they stumbled upon same such news on Indian Express which they held as proof. Click here.

They read this news and there is a video under it which says “Watch what else is making news: ”
BUT this video is not related to the article, this actually runs current news like yesterday it also ran the win of Mary Kom.

No Let’s garnish the with 5 grams of common sense

All such videos gets viral on their shock value, infact this was viral on whatsapp and 100s uploaded on youtube withing hours. So if as Outlook claimed was shot last year, why is it not anywhere at all ?

Couldn't find any video in @IndianExpress article u claimed. They wrote (file photo) in the image. Till date there is no trace of this video from last year. Such accident happened earlier too but not this one with two accidents caught on camera. Please update @Outlookindia https://t.co/blBguugVB1

CLARIFICATION: We have taken down our online story on Yamuna Expressway pile-up as we have not been able to confirm when the accident video was shot.

You can see their deleted tweet by clicking here

CLARIFICATION: We have taken down our online story on Yamuna Expressway pile-up as we have not been able to confirm when the accident video was shot.

Posted by Outlookindia on Wednesday, November 8, 2017

I tried to contact through phone for explanation but no one picked up. So had to rely on Twitter to ask it.
This was not the first case, Media is messed up these days, using whatsapp etc as source.
Another big goof up recently was India’s photo take from space claimed as Diwali night debunked here 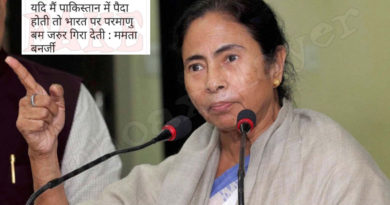 Did Mamata say if she was born in Pakistan she would have thrown atom bomb on India ? 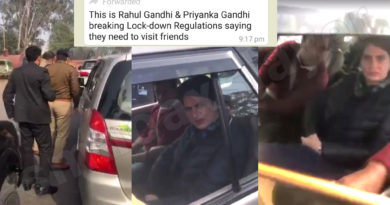 Last year’s video of Rahul and Priyanka Gandhi is viral claiming they broke the lockdown. 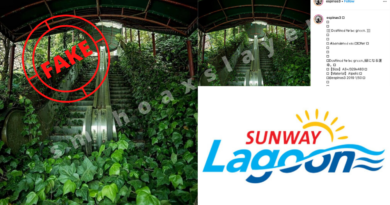