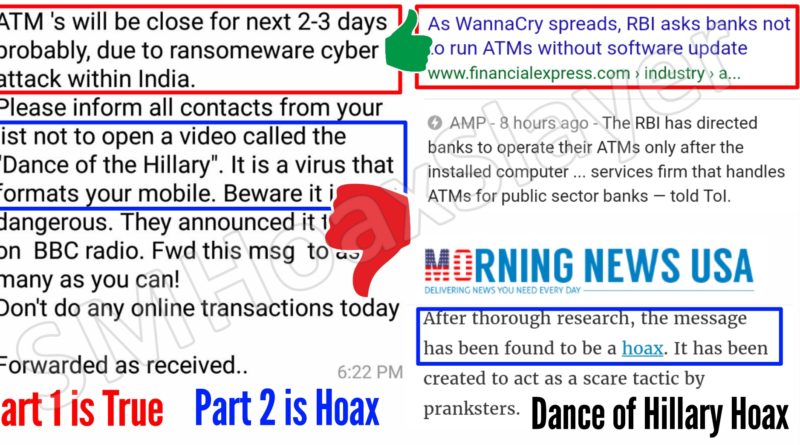 Half Truth – RBI Tells Bank to update ATM Software. Half Lie – Dace of the Hillary Virus is a Hoax
Following a worldwide attack of RansomWare WannaCry aka WannaCrypt, RBI has asked Banks to update their ATM Software first.

Financial Express:
“The objective of ransomware is to shut down critical information in networks and prevent access to this data. In the case of ATMs, there is no data stored in the machine. Neither is there storage of any kind of logic that will block transactions. Even if a machine were to get affected it can be reformatted and put to use immediately,” Manohar Bhoi, president (technology) at Electronic Payments and Services — a management services firm that handles ATMs for public sector banks — told ToI. Applying software patches is done by the vendors who supply the ATM and according to Bhoi, this can be done remotely and usually the vendors run their tests on the patch before an update.

Hoax –
“Please inform all contacts from your list not to open a video called the “Dance of the Hillary”. It is a virus that formats your mobile. Beware it is very dangerous. They announced it today on BBC radio. Fwd this msg to as many as you can!”

“After thorough research, the message has been found to be a hoax. It has been created to act as a scare tactic by pranksters.

A year ago, in April 2015, a similar hoax named “Dance of the Pope” was reported to be a malware attachment made by pranksters, creating a buzz online that made several users share it.” 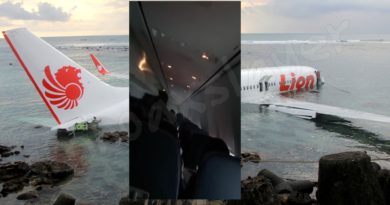 Those were not the last moments of people died in Indonesia Plane crash in Sea. 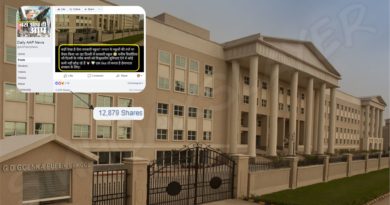 This school is in Haryana which is not under AAP. 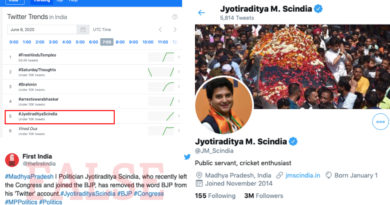 No, Jyotiraditya Scindia did not remove “BJP” from his Twitter profile bio