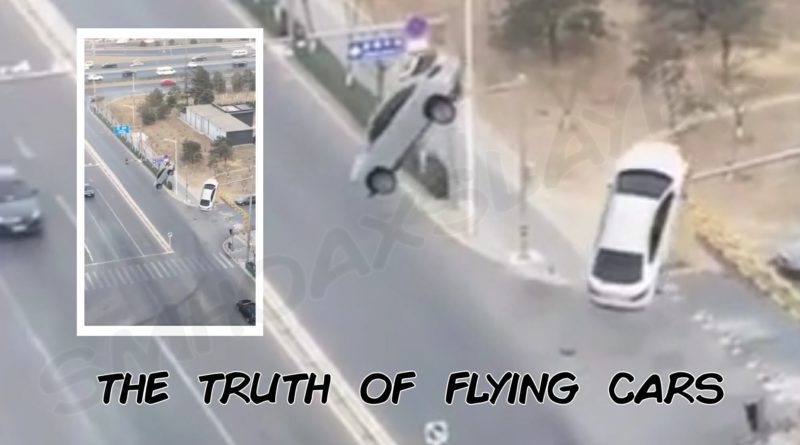 The Mystery of the flying Cars –

It seemed so shocking, everyone clicked the forward button immediately on WhatsApp, shared on other social platforms, many copies uploaded on YouTube.
What could it be ? Magnetic field repeled two cars suddenly in the air ? Or were there some Godly forces, or even Aliens trying to abduct these cars.

This is just 9 seconds video which caught attention worldwide. Being human, we always wait for some miracle to happen and believe in smallest of such fake news.

This video is taken by some hand held device as the video is shaking, probably a digital POS camera or HandyCam, Mobile is less likely as this video zoomed into two cars.

People send in their queries about this more than week ago, been trying a lot, saw this video 100s of times focusing on all points, entities etc, but just yesterday noticed the Zebra Crossing Flaw.

Actually, the video is only of 9 seconds and everything is quite fast to observe, So do look closely and focus on white strips before car approaches.

In the left most photo, see the White strip is only half, in second it disappears, and in the right most, it appears after car crosses it. 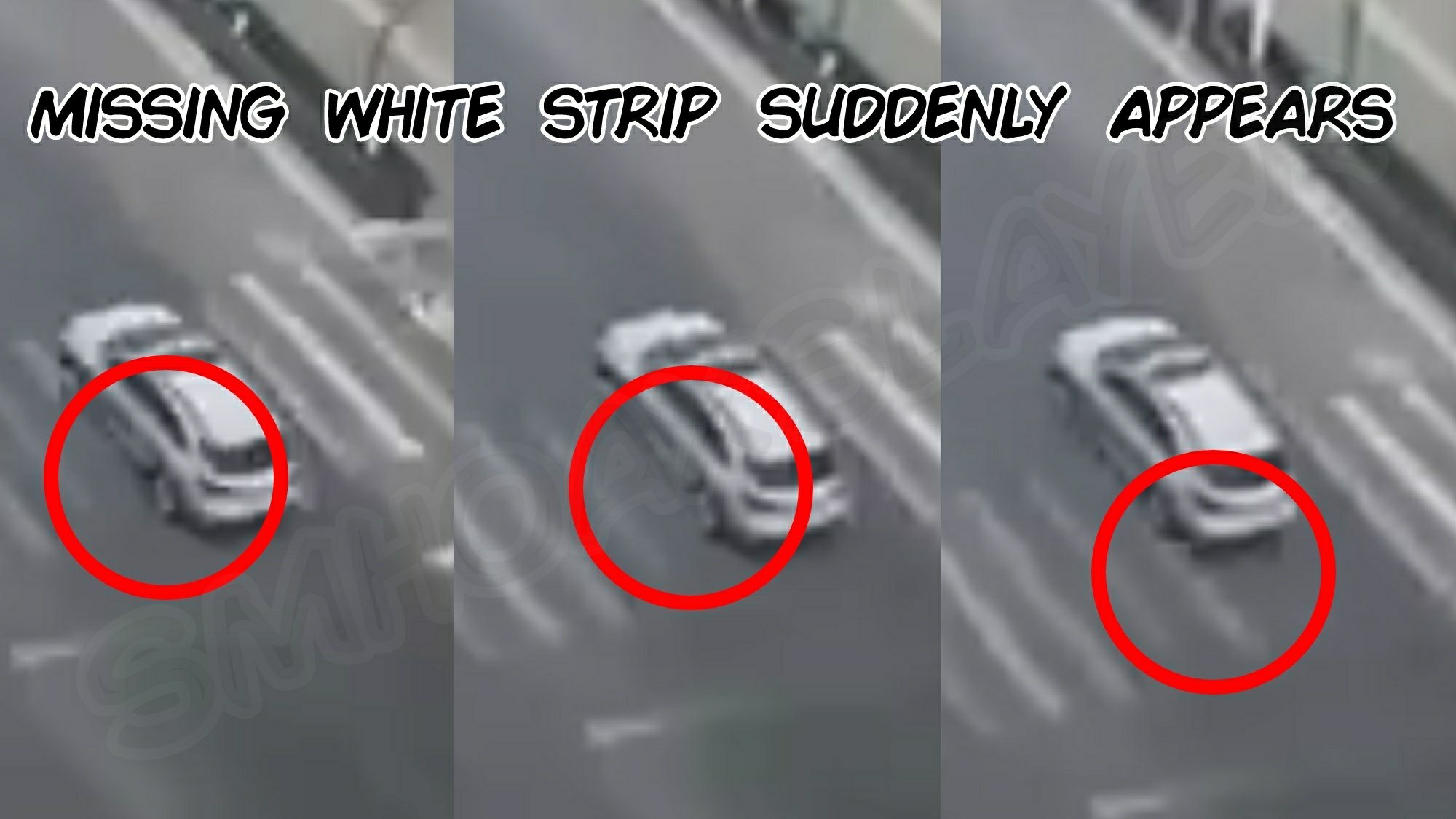 In left photo,you can see strips, though faded, but in right, it’s completely gone and never appears again. 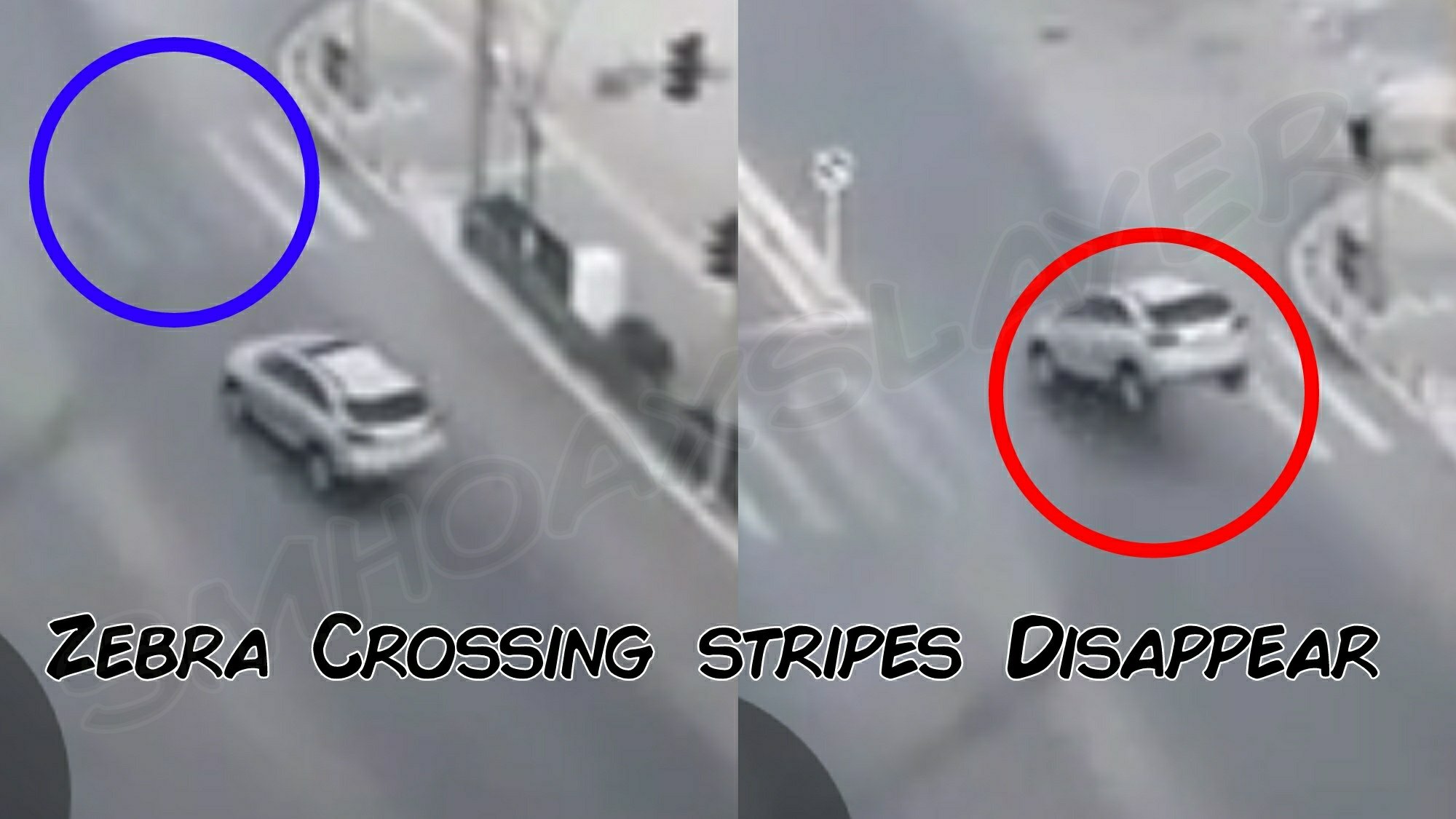 “A video of two cars suddenly floating in the air while driving down the road has gone viral online, but police announced on Weibo on February 5 that the video was a fake, according to The Paper.

As some netizens noted, the video was set in China’s Gannan area.

Researchers from the Chinese Academy of Sciences arrived at the scene to further investigate and armed police also imposed a blockade around the surrounding area.

But they found no such incident had taken place in either Gannan County in north China’s Heilongjiang Province or Gannan Tibetan Autonomous Prefecture in Gansu Province after their investigation.

Police responsible for Internet security from Jiangsu Public Security Department said on its official Weibo account that several errors in the video gave it away, including disappearing zebra crossings, strange wire poles and wheels as thin as paper.”

Same such video was viral in Year 2015 but that was real, and the reason has also been found. There was a wire on the road on which the speeding cars tangled and jumped in air – 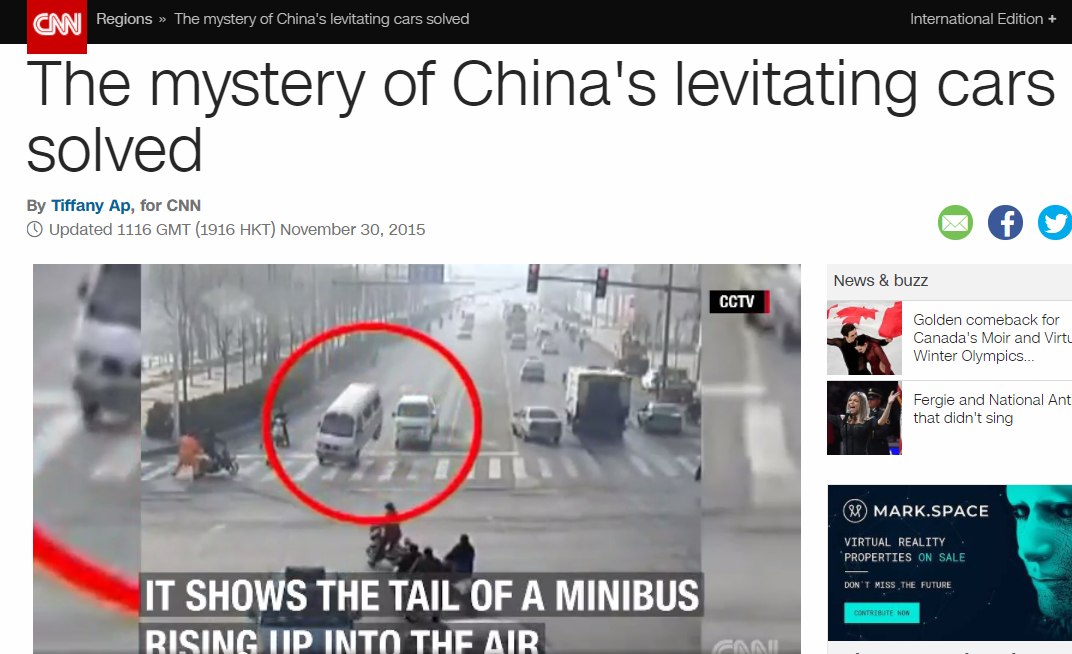 (CNN)Witchcraft? Or some kind of supernatural force?

These were all reasons Internet theorists put forward when a video emerged out of China last week appearing to show cars mysterious lifted up by an unseen force.

Camera surveillance footage showed three cars at a busy intersection in Xingtai, Hebei lifting up in the air for few seconds, bouncing like ragdolls and then falling back to the ground, one car landing on its side. Shocked bystanders begin running away.

Thousands shared the video of the seemingly gravity-defying accident.

But the answer, it turns out, is much more pedestrian. A fallen cable wire had gotten tangled up in the street cleaner vehicle visible to the right side of the screen, creating a tripwire.

“I was driving slowly straight ahead,” a driver of the van told CCTV. “All of a sudden, I was lifted up. The street cleaner car snagged on the wire. The wire just so happened to be underneath our car and it sent us flying.”

Luckily, nobody was injured in the accident.

Leaked Magnetic field of under ground cable. This happened in a small town in China. Police and scientists have closed up a 5 km radius to investigate the phenomenon. How did it happen?👇🏾Watch n like Page..!!

Leaked magnetic field of an underground cable causes cars to float in china. Police and scientists closed the area of 5km radius to investigate.

Cars Flying In Air On Road | It happens in Small Town Of China |||: https://t.co/gECIcyLxg3 via @YouTube 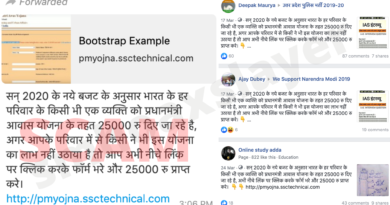 No, the government is not giving away Rs. 25,000 to everybody under PMAY 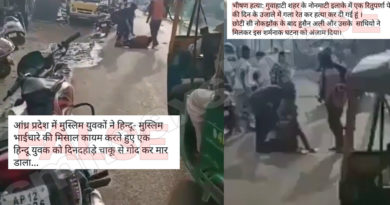 Last month’s Hyderabad murder due to a family feud is viral with false communal angle. 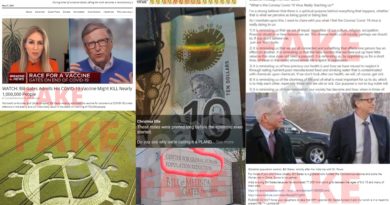