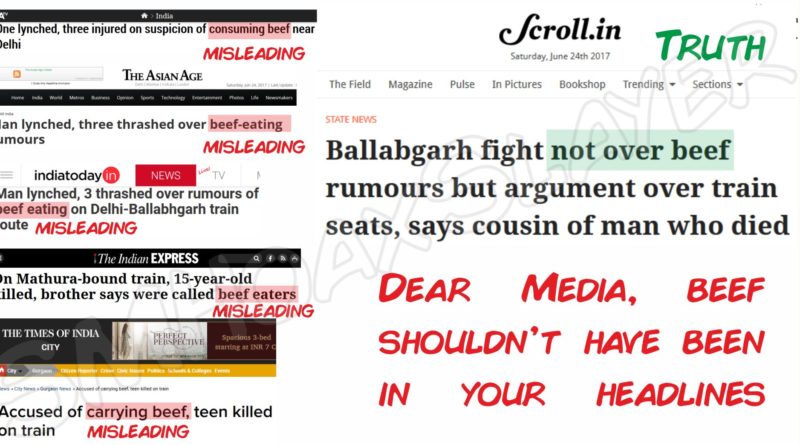 Dear Media, Beef Shouldn’t be in your Headlines, there were many other words used as well.
Yes, this seems to be a result of communal hatred, an achievement of the Fake News makers, Rumor mongers. But it was because of the seats in train.
If there were enough seats for all to settle in, this might not have happened at all. This case was different from earlier cases where people planned and attacked in mob based on rumors.

Man stabbed to death, 2 injured on Mathura train after fight with passengers who thought they were carrying #beefhttps://t.co/e6e52QiVRQ pic.twitter.com/dKkkTJ5R0n 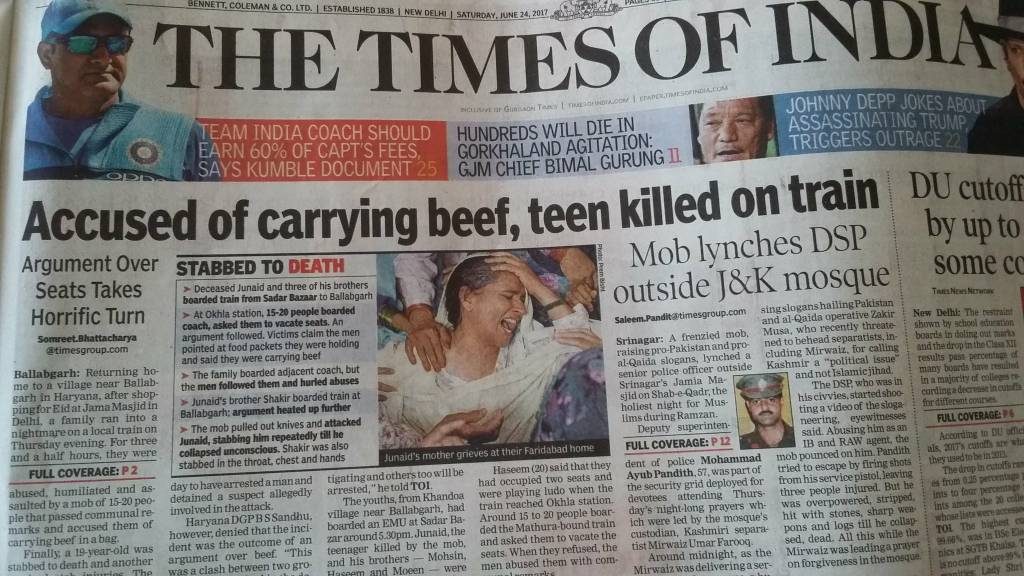 Passengers aboard a Mathura train killed a man and injured three of his companions during a fight over seats on Thursday. Reports had earlier claimed the man was killed because they were suspected to have been carrying beef.

The four men – Junaid, Hashim, Moeen and Mohseen – had boarded a local train from Delhi’s Sadar Bazar station around 5.30 pm on Thursday after shopping for Eid. They were heading back home to Haryana’s Ballabgarh, an official from the Government Railway Police said.

The men said that a large group around 15 men had boarded the train and asked Junaid and his cousins to vacate their seats, which they refused to do. Sanowar Khan, Junaid’s cousin, told Scroll.in, that the group made communal remarks about the four men and got into an argument with them. The group of four had also tried to get down at Faridabad, but were unable to because the train was too crowded.

Once the train reached Ballabgarh, the second group of men tried to stop Junaid and his cousins from getting off the train, and got into a physical fight in which they used knives. Other cousins of Junaid’s were also waiting at Ballabgarh station to pick them up. Three of them – Junaid, Hashim and Mahroob Shaqir – sustained critical stab injuries, and Junaid died later. The other two are in a hospital in Palwal.

Sanowar Khan clarified that his brothers were not carrying any meat on the train. “The fight started because of seats and got worse because they passed communal remarks. They were carrying no meat with them,” he told Scroll.in.

An FIR has been filed and the police have registered a case of murder and criminal assault. They have not made any arrests so far. 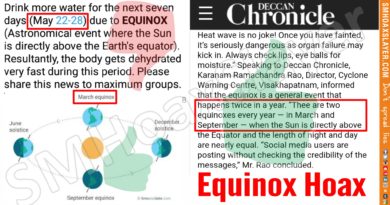 The May Equinox Hoax.

Gratula is a sequel of BFF. No, you can’t check your FB account status with this.

Screenshot of an animated video is viral claimed as of real PIA plane crash.