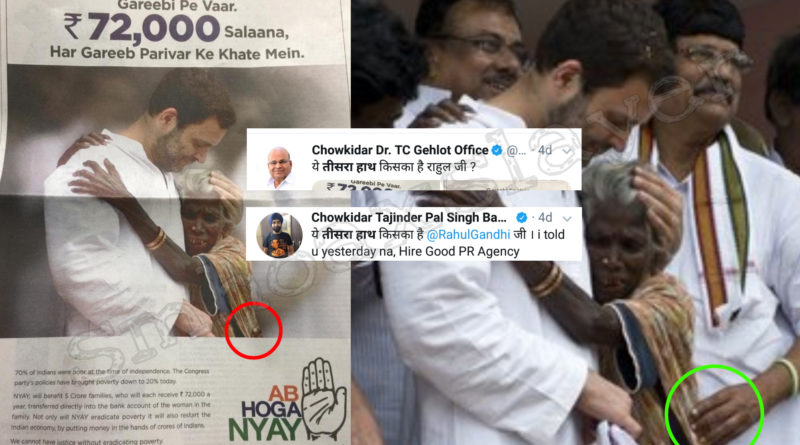 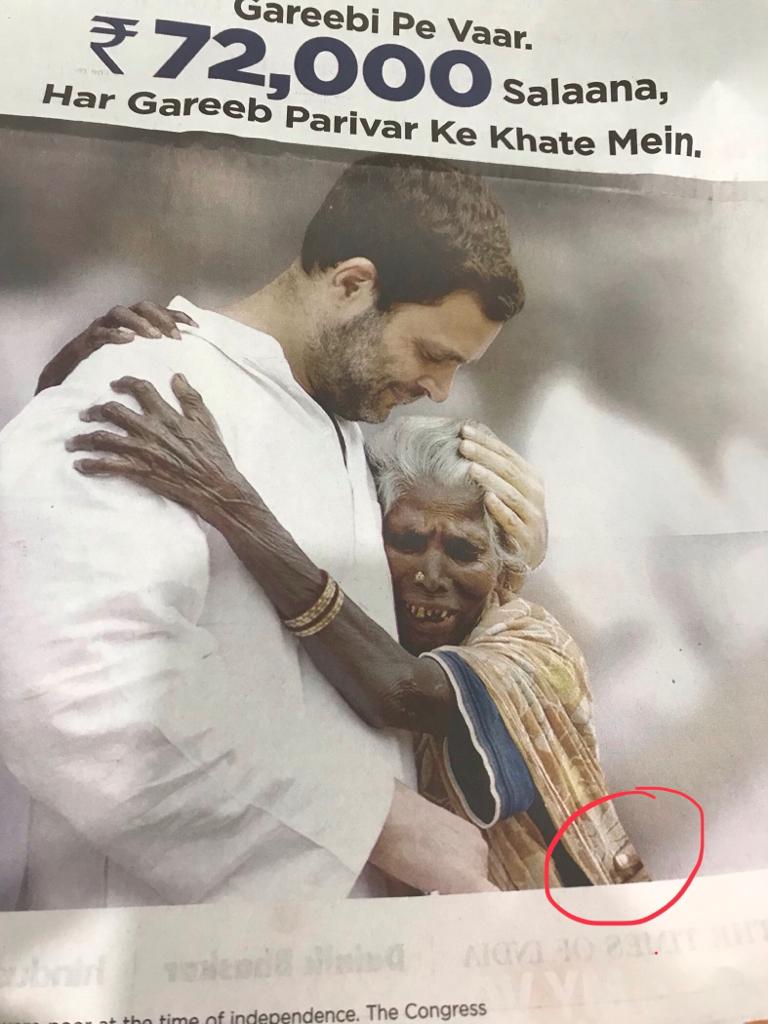 Can you find out three hands of @RahulGandhi in 1st picture if not than plz see second one …ये तीसरा हाथ किसका है ? pic.twitter.com/OZyHS1ZXkW

The image has been shared by Indian National Congress(INC) in the posters of its flagship project NYAY(poverty alleviation scheme) as a part of the election campaign.

Complete truth of the mystery –

A Google reverse image search ound that the image was from Dec 9, 2015 when Rahul Gandhi went to Puducherry to distribute relief to flood affected victims of Cuddalore and Puducherry in Tamil Nadu.

The official Twitter handle of Indian National Congress(INC) has also uploaded this photos on December 9 , 2015 .

Here is the link of the photos captured by Zee news during Gandhi’s visit to Puducherry and Cuddalore in Tamil Nadu. 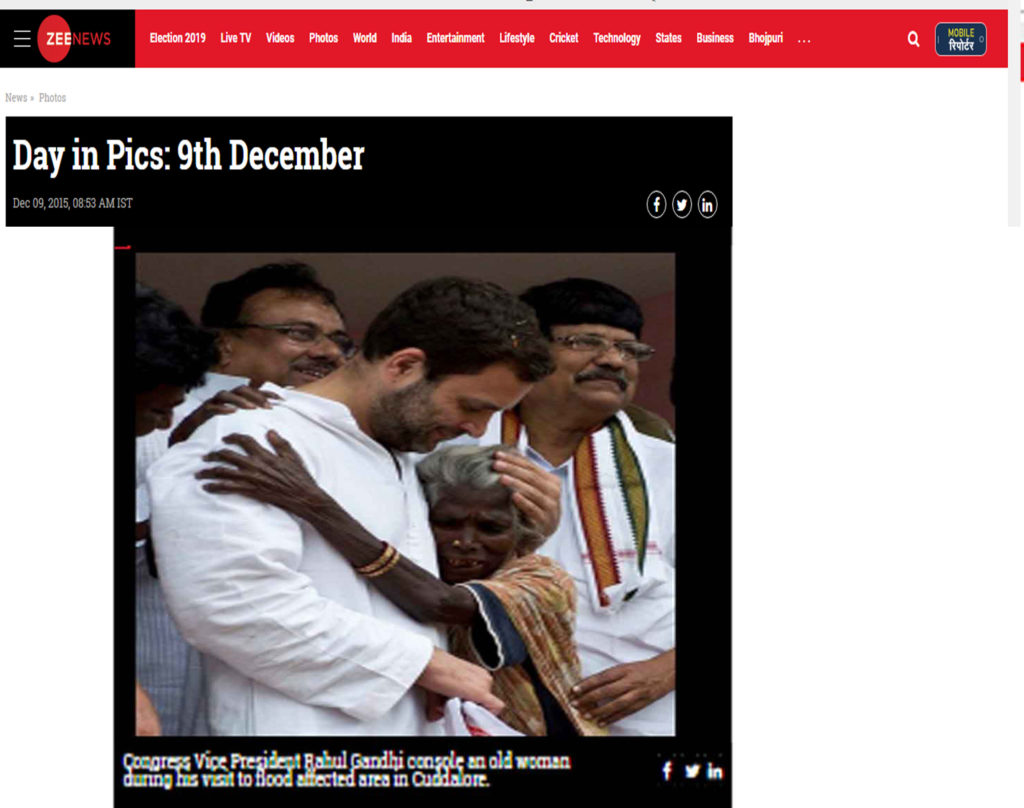 This adv. appears when you open a NDTV article on Google. @INCIndia has used a picture of @RahulGandhi hugging an old lady but this picture is edited so badly that they forgot to remove the hand of the man who originally hugged the old lady#RahulGandhi #ChorCongress #ANYAY#Scam pic.twitter.com/OWjKuULdPf 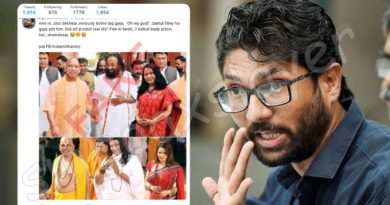 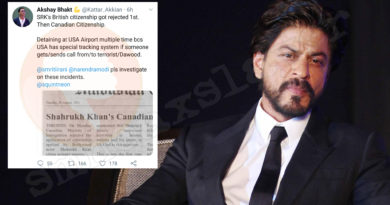 Did Hindustan Times publsih a news that Shah Rukh Khan was denied citizenship of Canada ? 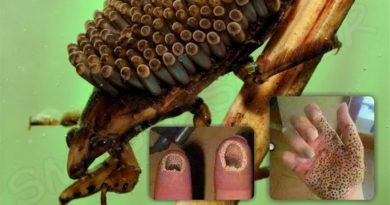 Fake images of holes in skin to terrify people been viral for long.