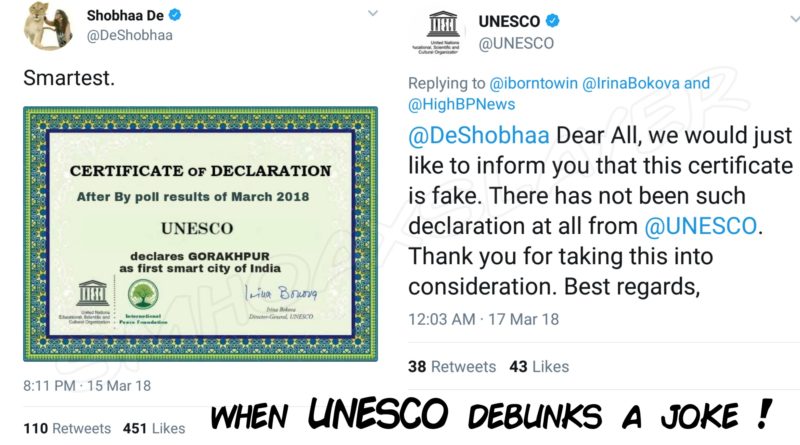 Unfortunately such are the days when UNESCO have 5o debunk even jokes let apart serious fake ones.

A UNESCO fake certificate is viral claiming Gorakhpur has been declared as smartest city. It’s obviously fake from all possible angles. It’s actualy a joke for the obvious reasons, the recent by poll results.

So even a known face Shobha De tweeted it

@irinabokova Can you please confirm if you have signed below Certificate of Declaration? @UNESCO @HighBPNews https://t.co/D3NBC4Iqzo

To which UNESCO promptly replied trying to clear the air

@DeShobhaa Dear All, we would just like to inform you that this certificate is fake. There has not been such declaration at all from @UNESCO. Thank you for taking this into consideration. Best regards, 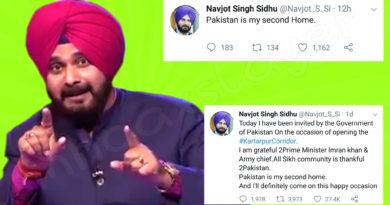 Photo of another woman is being used to target Labeeda Farzana.