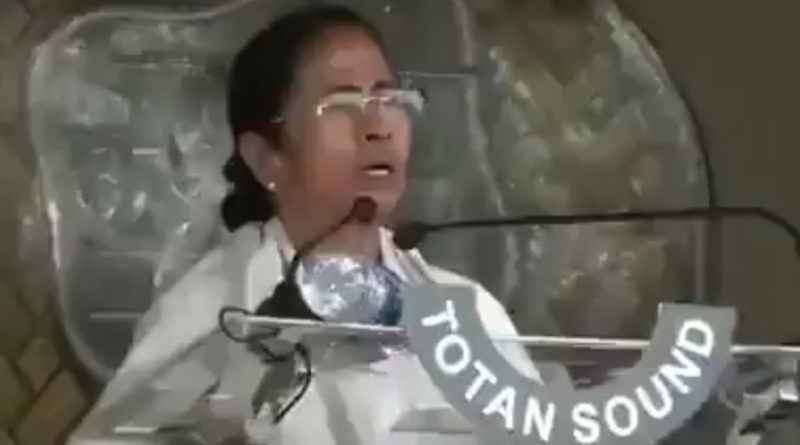 All of us know how about the relationship between the Central Government and the West Bengal Government, with both Narendra Modi and Mamata Banerjee at loggerheads. Recently, a video has been made viral on WhatsApp which shows Mamata Banerjee reading a line from the Quran, which many people have taken offense to. 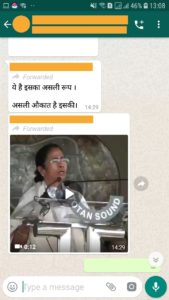 Translation: ” I pray to Allah that he keeps everyone happy, La illah illa Allah, Muhammadar Rasulallah, Allah, keep everyone happy and secure.”

Translation: This is her real self. This is what she is worth.

The video we received:

Gaurav Pradhan even tweeted the same, which by now have more than 3000 retweets:

Yes, Mamata did invoke Allah, but she invoked other religions as well. The clip we got was taken off from the original speech.

SMHoaxSlayer contacted Totan Sound based in West Bengal’s Bardhaman Town on seeing their badge on the microphone setup in the video. The owner then mentioned that they had set up the equipment in Mati Tirtha, a few kilometres away from the city, on occasion of the 2018 edition of the West Bengal Government’s annual village festival ‘Mati Utsab’ (Eath Festival) on 2nd and 3rd of January, 2018.

Mati Utsab is a state government festival which promotes agriculture and other small cottage industries which are dependent on agriculture as well. This is a week long festival, and on 2nd January 2018, Mamata had also come to inaugurate a permanent venue for this festival at Mati Tirtha.

On doing a YouTube search of the event, we got a video by Calcutta News, a Bengali news channel, which showed the Chief Minister speak at the event, about her achievements. She then goes on to invoke all religions. She starts with a Hindu Mantra, then goes on to invoke Allah, Jesus and then Guru Gobind Singh, and did it to establish the importance and value of secularism in Bengal, as she claims.

Here is the entire video of the speech, where she first invokes the Hindu Mantra!

Then she goes ahead and invokes Allah, “I pray to Allah that he keeps everyone happy, La illah illa Allah, Muhammadar Rasulallah, Allah, keep everyone happy and secure.”

She invokes Jesus by saying, “We pray to God and wish “May God bless all,” and we pray that he keeps everyone happy.”

and then for Guru Gobind Singh, she says, “Wahe Guru di Khalsa, Wahe Guru di Fateh, we pray that everyone is happy.”

Here is the EXIF data we found of the video, from exifinfo.com. This video was created on the 20’th of December, 2018. 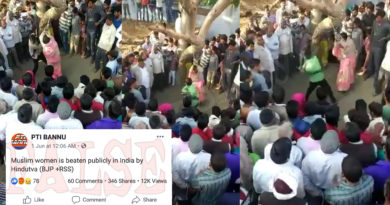 Pakistani accounts falsely spreading video of a husband flogging his wife as Hindus beating a woman. 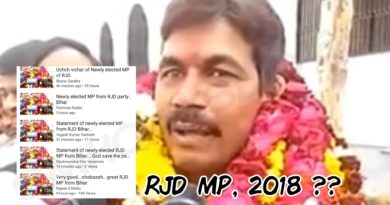 Did RJD MP say he fought election only for money?

Year 2010 Gujarat video of a burning man is viral claimed as recent from Uttar Pradesh.