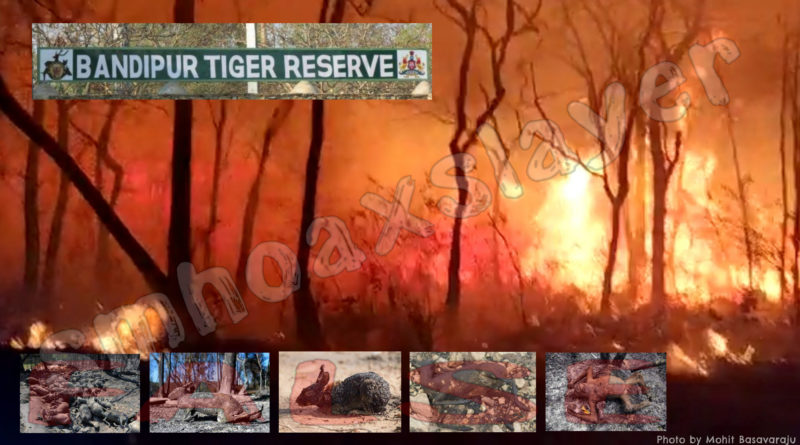 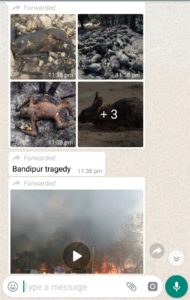 Popukar Kannada Actor Darshan has retweeted an image, which has got around 1200 retweets

(Translation: The wildlife in the Bandipur Wildlife Sanctuary has suffered a lot. The government, the forest department and several volunteers are trying to relieve this disaster. Interested volunteers are kindly requested to assist in this campaign)

Another person, Chetan Kumar has retweeted a similar post.

Imperative that we reinvigorate natural ecologies in our own personal capacities

What is the truth then?

The images claimed to be from the Bandipur wildlife sanctuary are not from India. These are different images from different countries. Let us break these down to you with the links as proof: 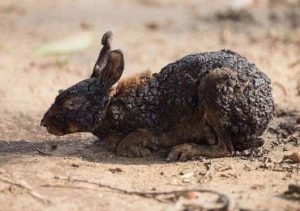 The picture of the burnt rabbit, which is alive is actually from a forest fire in Woosley, California, USA which took place in November, 2018. We also want to clarify that this particular specied of rabbit is not found in Bandipur 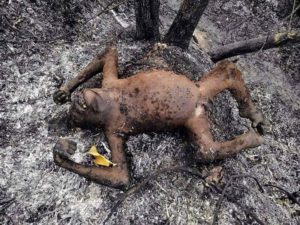 The picture of the dead orangutan is actually from the Kutai Island of Republic of Borneo, where illegal palm oil cultivation was reported.  We would want to clarify that orangutans are not found in the Bandipur sanctuary.

The picture of this burnt rabbit was found from the page of a Brazilian Politician named Magda Mofatto. This picture is included in this post. Although the location of this picture is not confirmed, the picture is definitely not from Bandipur 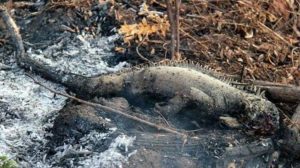 The picture of this burnt lizard is actually from a forest fire in Guatemala. (Refer to: ) 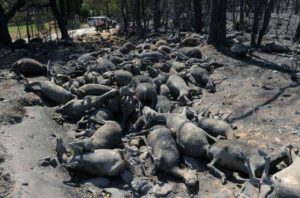 The image of the corpses of dead sheep is actually from a forest fire which took place in Spain on 23rd July, 2012.

Moreover, according to Boom Live, another fact checking website, Ambadi Madhav, director of the Bandipur Tiger Reserve said, “The images that are circulating on WhatsApp claiming that animals died in fire at Bandipur tiger reserve are not animals of the Bandipur Tiger Reserve, No animals died in this fire . The incident happened on Friday night and it came to control on Saturday morning. Sensing there was a fire and the animals move to a different location.”

These are the real images and footage of the Bandipur Forest Fire. These have also been shared by Wild and Beyond, a Facebook page.

Pained and saddened to see the forest burn to ashes and a Tiger wandering about with no where to go! As I drove into the…

As you can see, a jeep and a bus from the Karnataka Forest Department are present, and a Karnataka Government Fire Tender is dousing the fire. The EXIF data of the video is also given below:

Bengaluru Based Journalist, Nolan Pinto working with India Today has also shared a post regarding the forest fire:

Major fire breaks out at Bandipur Tiger Reserve, thousands of acres destroyedThe fire has spread across Kundakere, Bandipur and Gopalaswamy Betta ranges of the tiger reserve aided by strong winds.

Major fire breaks out at Bandipur Tiger Reserve, thousands of acres destroyedThe fire has spread across Kundakere, Bandipur and Gopalaswamy Betta ranges of the tiger reserve aided by strong winds.

Also, the Karnataka Forest Department has also posted on Facebook, regarding the fact that there are no dead animals so far

No wild animal death is reported so far in forest fire at BNP. News and photographs of charred animals circulated in the…

The Bandipur Wildlife Sanctuary has come in the news due to many reasons, including accidents with animals and regulation of traffic through the sanctuary at night.

Nearly 8000 hectares of Forest burnt to nothing due to forest fire in #Bandipur in #Karnataka, #India is the most tragic thing to happen for #WildLife. Thousands of Animals Lakhs of Trees burnt to ashes😥 Because of #Human selfishness these lives lost existence. pic.twitter.com/3MjEGGV6Wv

Bandipur Fire in Karnataka!!?? One has to think how to protect our Forests!!?? Henceforth one has to prepare master plan about protection of our Forests and wildlife!!?? @narendramodi #forestdepartment pic.twitter.com/wdoyQBcuq5 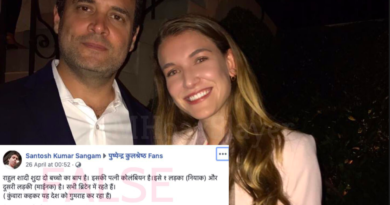 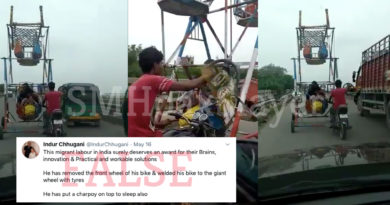 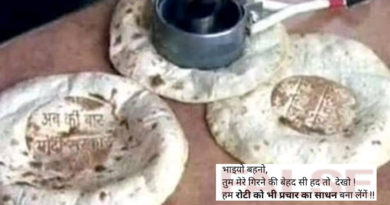 A 6 year old photo of stamped rotis is viral as post COVID-19 lockdown meal to poor.