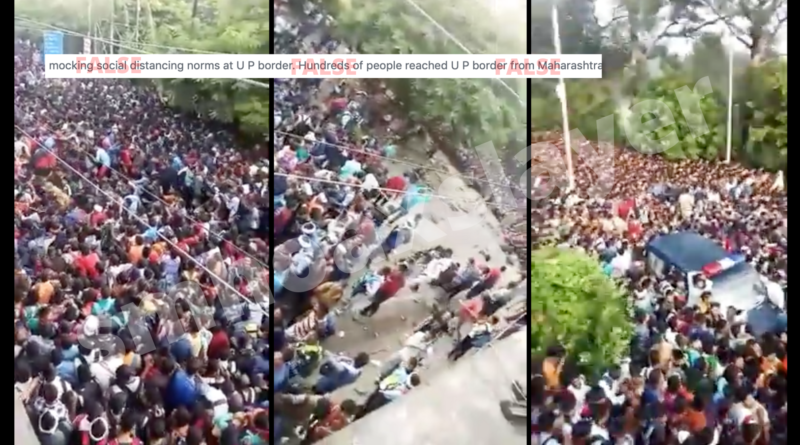 A video is being shared with the caption – “Social distancing at UP border.”, which shows a road packed with people, and more people observing them from rooftops. The police can be seen lathi charging the out of control crowd. The video implies that the people that have gathered there are migrant workers, as workers have been travelling between states to go home.

The video was first shared by user Jatinder Cheema of Friday, May 15 with the caption “Social distancing at UP border.”.

Social distancing at UP Border. 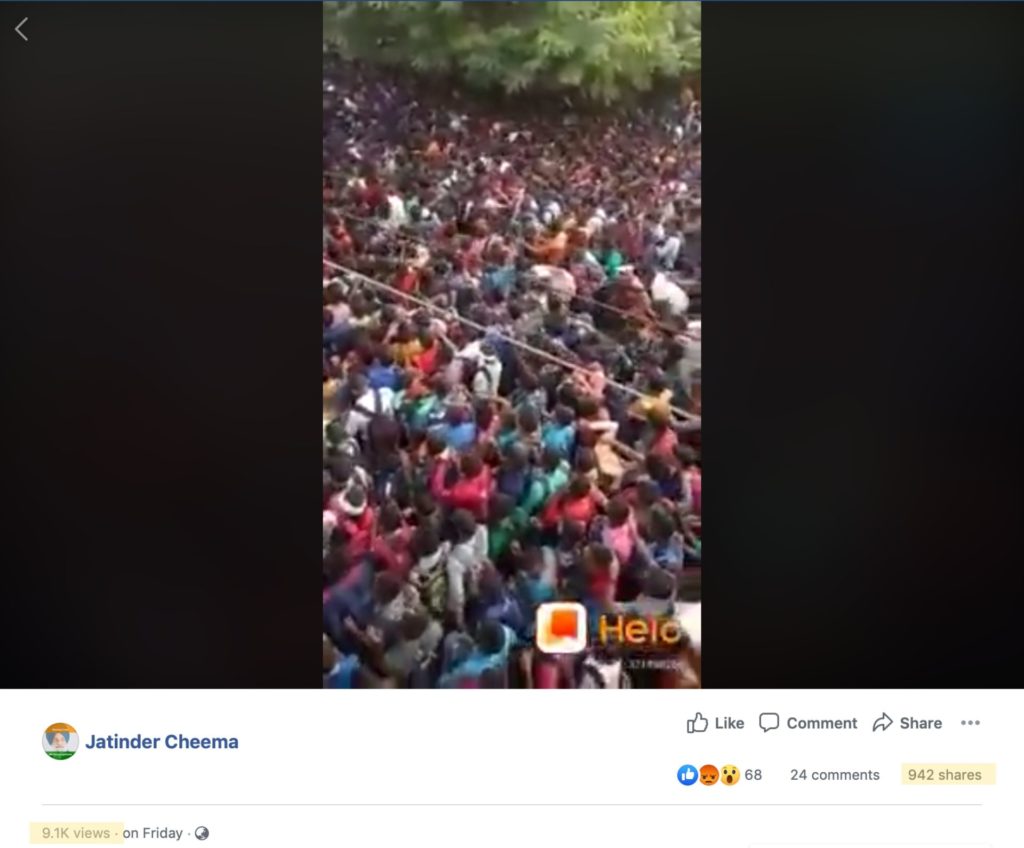 A Facebook page called “Citylive TV Channel” also posted the video, with the added claim that these migrant workers had travelled from Maharashtra and reached Uttar Pradesh’s border, where social distancing measures were disregarded.

A twitter user shared this post, sarcastically stating that this was the situation at UP’s border where social distancing was being completely followed and that it would not have been followed had it been the ‘Markaz’ (referring to the public outrage about the Tablighi Jamaat members).

After breaking down the video into keyframes and using a reverse image search on the obtained images, we found the same video uploaded to YouTube by a channel called ‘Great& greats’. (Link)

This video was uploaded on October 15, 2019, and is said to be of a territorial army recruitment drive in Faizabad, Ayodhya in Uttar Pradesh.

Using relevant keywords, we found more videos of the same incident, all uploaded between October 15 and October 17. 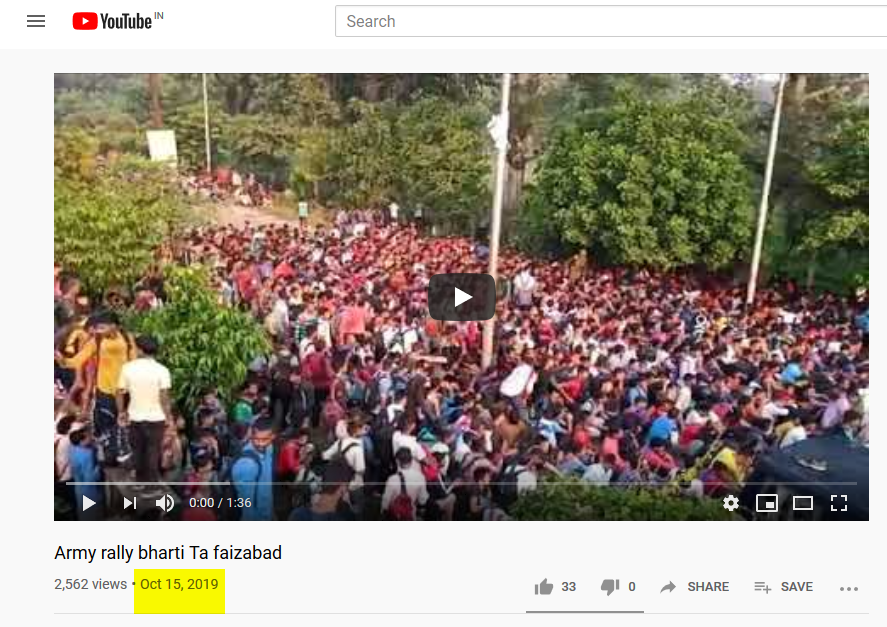 To corroborate these findings, we used keywords to look for news reports around this huge gathering, where the police appear to be disciplining the people gathered for the recruitment process.

According to their reports, the number of applicants was overwhelming. These applicants complained about inadequate shelter arrangements made by the recruiters in the cantonment area and created a ruckus about it, damaging public property. The reports also state that the police used ‘mild force’ to bring the crowd under control. 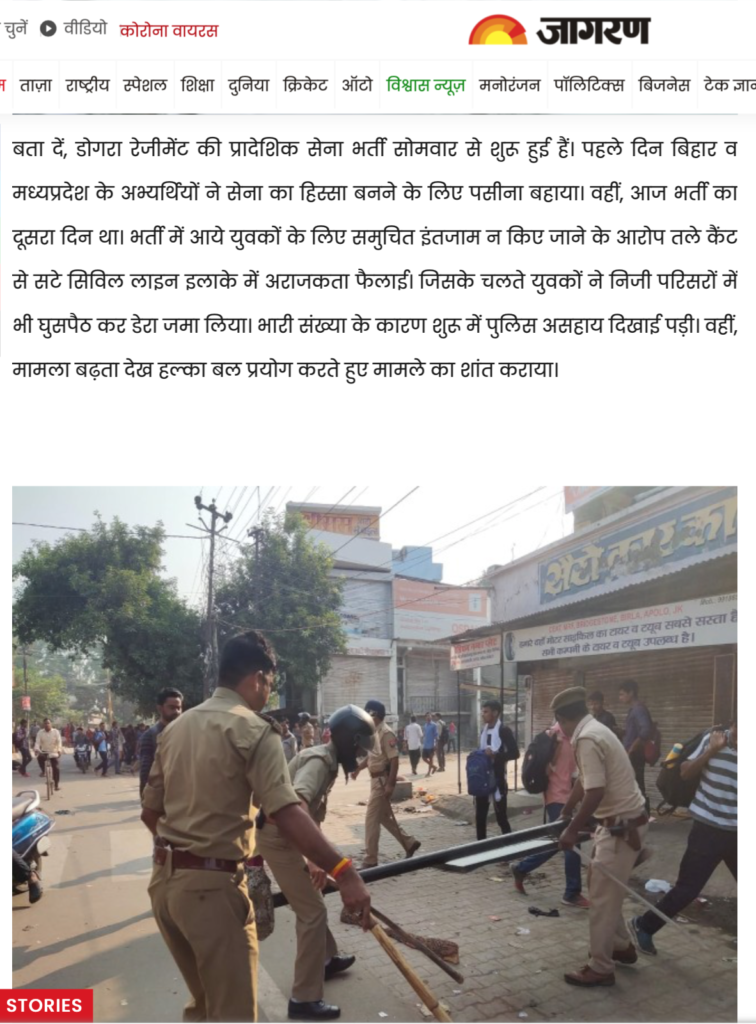 Hence, the video that is being shared with the claim that the people are migrant workers at Uttar Pradesh’s border is false. The video is of territorial army applicants in Faizabad, Uttar Pradesh, on October 15, 2019. 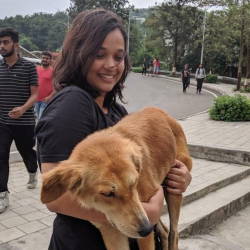 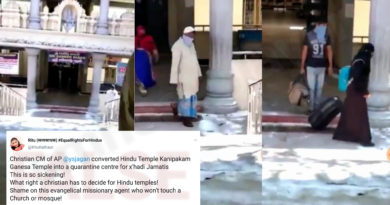 The Muslims wearing footwear are leaving from a lodge, not a ‘Temple’. 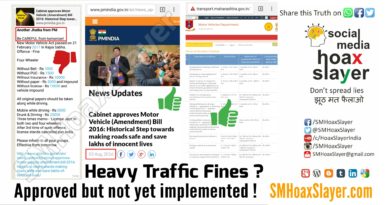 Traffic Fines not yet hiked. 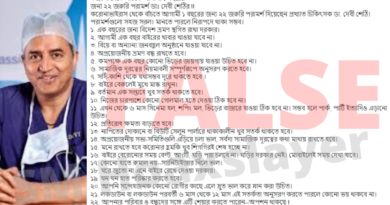