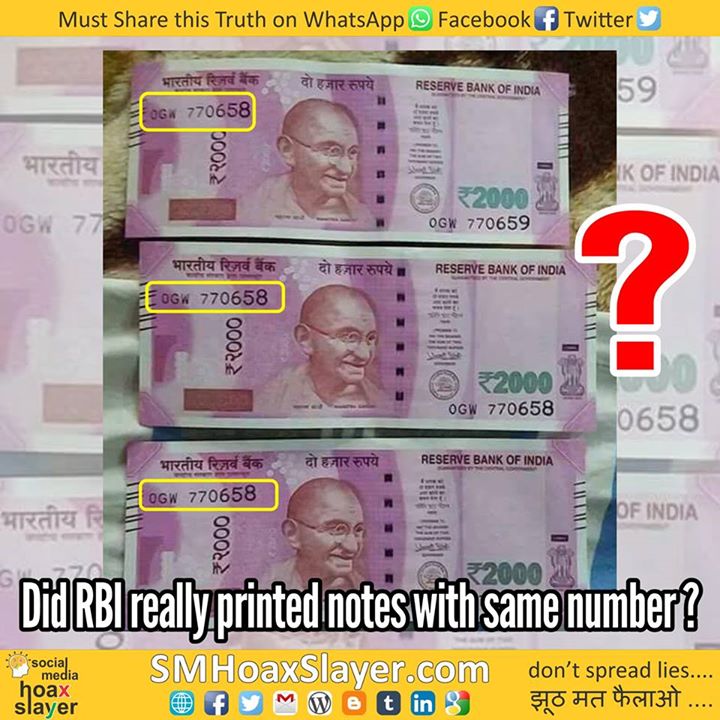 No proof here, just the power of Common Sense.

Photos of various notes, new 2000/500 to old 1000/500 are viral on Social Media which are shown to have same numbers.. Few claim it as a fault by RBI, few say Congress get it intentionally. How in the world can it be true?

Why do we need facebook and WhatsApp to say it, why is BJP silent on it, why is media silent on it ? So its obvious is a prank. Now the question is how can this be done –
1. Photoshop obviously
2. Scan a real note in highest resolution and take out as many color digital printout you may want. These guys are spreading photo of just 2 or three, but can be infinite.
3. Rare but possible, these are from the lots of fake notes caught at many places.

Sorry friends, the post on Ajit Doval likely visiting Trump’s Oath ceremony cud be exaggerated but was not Hoax. Deleted.