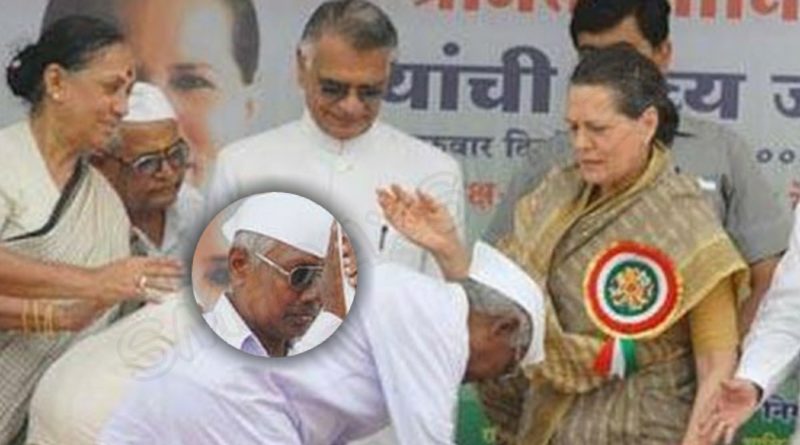 A Photo is viral showing a man touching Congress Leader Sonia Gandhi’s feet, claiming to be Aocial activist Anna Hazare with text claiming he is working with Congress to destabilize BJP Government. 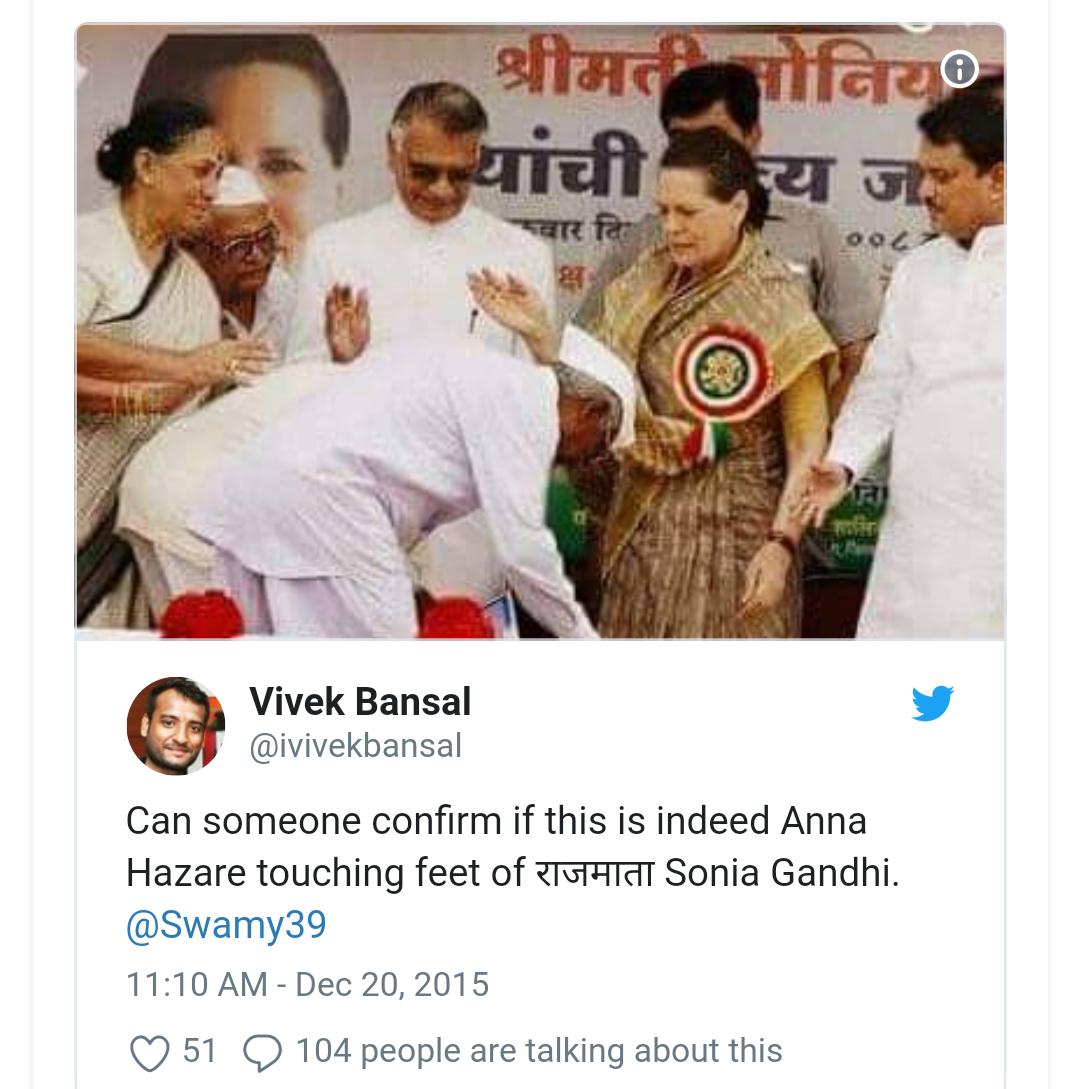 Can someone confirm if this is indeed Anna Hazare touching feet of राजमाता Sonia Gandhi. @Swamy39 pic.twitter.com/VxqUx3cOCA

In the rally, Loans on farmers were waived and were given a “No Due Certificate”, which obviously made farmers happy because of which they touched feet as respect. The man in photo is one of the farmers taking blessings of Sonia Gandhi and Union Home Minister, Shivraj Patil during the ‘Women and Farmers rally’ at Loni village, near Shirdi in Ahmednagar on June 19, 2008. 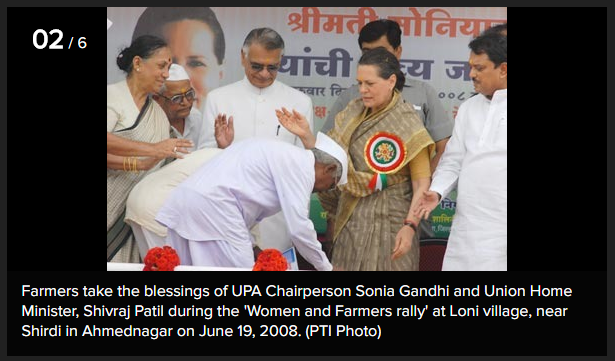 Check the face of the same man below, he doesn’t look like Anna Hazare at all. 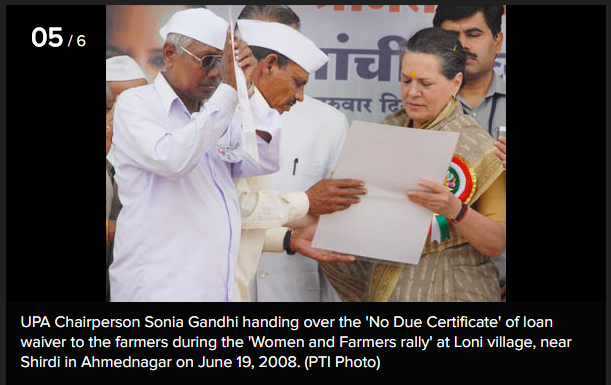 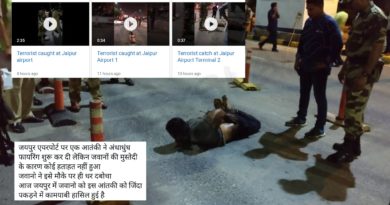 Neither it’s Jaipur airport, nor the man caught is a terrorist. 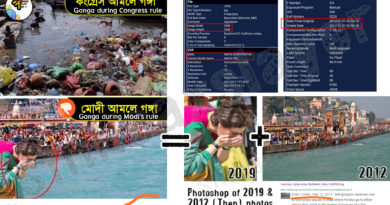 ‘Now’ is actually ‘Then’. Old photo of river Ganga has Priyanka Gandhi added digitally in it. 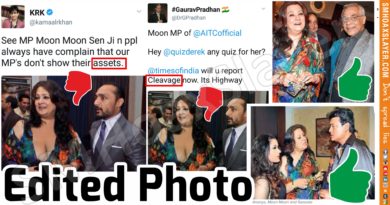 ​Photoshopping a woman’s dress to defame her is not acceptable. This Moonmoon Sen’s photo is edited.