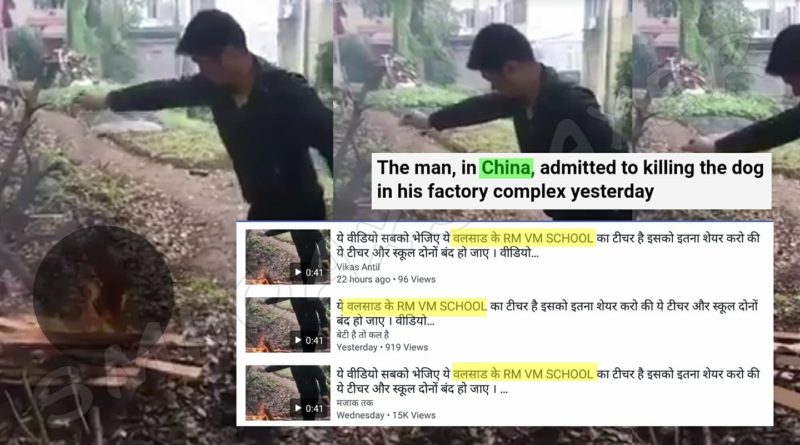 A Video is viral showing a man hanging a puppy over fire roasting him alive. This actually happened in or before October 2017 in China.
Strangely many Indians are claiming this man to be a teacher performing such sickening act in RM VM School, Valsad.

Further, it’s a mystery that a lot of such disturbing videos from different parts of the world are claimed to be RM VM School, Valsad, especially the accounts on twitter posting these are not active, very few followers. This somehow looks like an organized attack to defame the school. 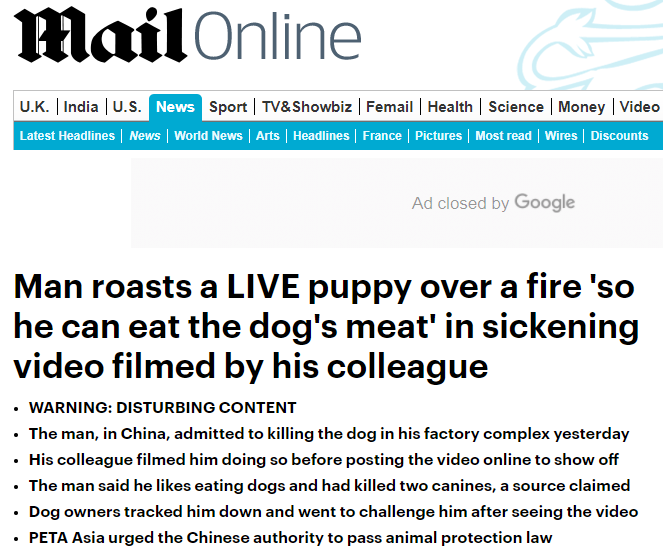 A man in China yesterday roasted a live puppy over a fire so he could enjoy the dog’s meat, animal lovers have told MailOnline.

The man’s sickening behaviour was filmed by one of his colleagues who later shared the clip to their friends on social media as a show-off, a Jiujiang-based animal lover claimed.

The animal lover added that the man later showed her the dog’s remains, which had been decapitated by him.

The animal lover has agreed to be identified only by her surname Jin, due to safety concerns.

Ms Jin is the leader of an online animal group in Jiujiang, which is a city of around 44 million residents in Jiangxi Province.

Ms Jin said she was sent the video by a friend at around 2:20pm on October 18 through WeChat, a popular chatting app in China.

She was told that the video had been widely shared on WeChat.

In the video, the factory worker held the puppy over a fire by a string around its neck. The puppy was struggling and screaming at the beginning, but remained motionless in the end.

The video was supplied to MailOnline by PETA Asia, an animal welfare organisation. MailOnline has decided not to show the footage due to its graphic nature.

Ms Jin said after she saw the video, she decided to find the man and tell him what he had done was wrong. The animal lover, who owns a Labrador, went out with 10 other dog owners in hope of finding the man.

As the post claimed the man was a worker at the Jiujiang Power Supply Station, Ms Jin showed the video to people around the station to ask if they had seen him. Ms Jin said she eventually found the man in the power station at around 4:10pm.

After Ms Jin and the other animal lovers challenged the man and his colleagues, the man admitted that he had burnt the puppy because he liked eating dog meat, according to Ms Jin.

Ms Jin also said this was the second time the man had killed a dog in this way, as he told the animal lovers.

Then he showed the animal lovers the remains of the animal in a bucket, which was said to have been decapitated.

It’s said that the man had apologised for his behaviour to the animal lovers orally, and promised not to do it again. He said he would issue them a promise letter to show them his determination.

During the conversation, physical clashes were said to have occurred between the animal lovers and the man’s colleague.

Police from the Changhong Police station reportedly arrived at the scene and brought the two parties back to the station for questioning. Both parties were released by the police in the evening, said Ms Jin.

The man who killed the puppy remained at large, as it’s understood.

PETA Asia told MailOnline that because there is a lack of animal protection law in China, people who are suspected of abusing them would not be arrested and could not be subjected to the legal punishment.

Jason Baker, PETA Asia Vice President, said: ‘We hope that someone at the 19th National Congress of Commuist Party might see this and call for a law to be passed today.’ 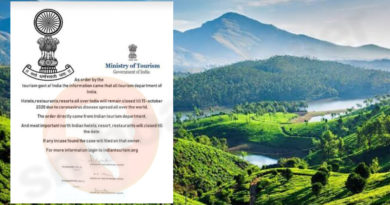 The viral circular regarding the closing down of hotels and restaurants is Fake. 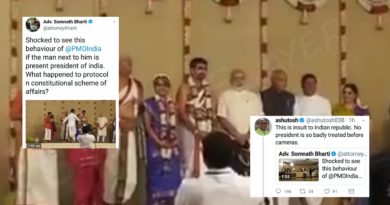 Is he the President or a Governor ?

When Swamy ji believes in Photoshop too !

One thought on “Disturbing video of roasting a puppy alive is not from India.”