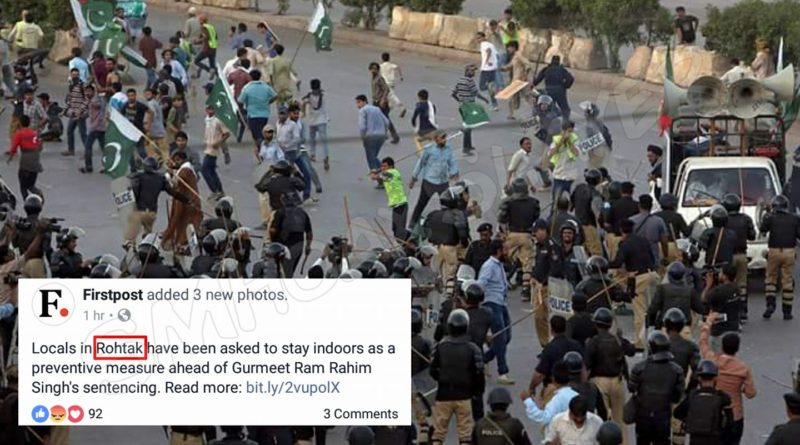 FirstPost made a post with 4 photos out of which one is showing a protesting Mob with Pakistani Flags.

Locals in Rohtak have been asked to stay indoors as a preventive measure ahead of Gurmeet Ram Rahim Singh's sentencing. Read more: bit.ly/2vupolX 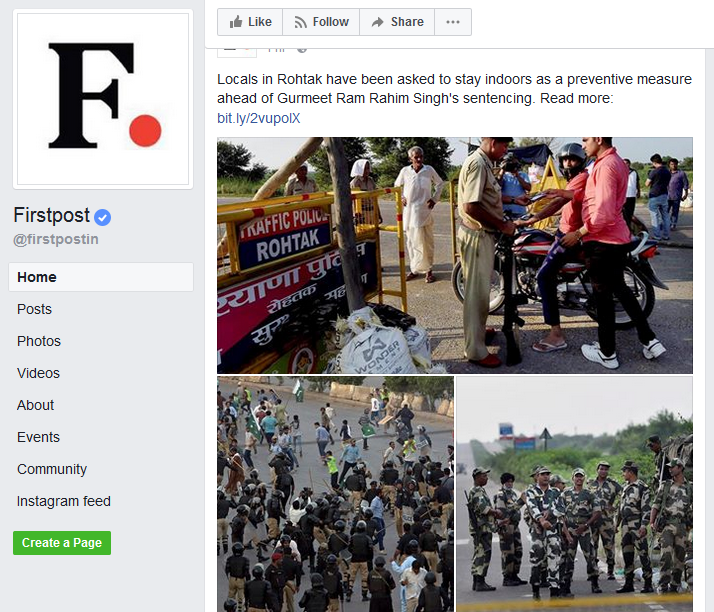 But This actually is a Photo from Karachi today, mob protesting against US 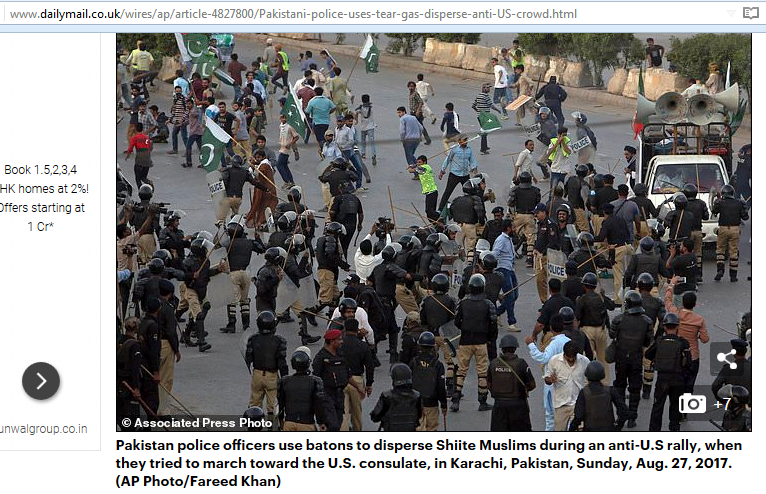 Police officer Irfan Baloch says police took action Sunday when a group of Shiite students tried to march toward the U.S. consulate and an officer was injured in the process.

U.S. President Donald Trump in a speech announcing a new strategy for Afghanistan and South Asia accused Pakistan of giving safe haven to extremists who kill U.S. troops in Afghanistan.

Pakistan police officers use batons to disperse Shiite Muslims during an anti-U.S rally, when they tried to march toward the U.S. consulate, in Karachi, Pakistan, Sunday, Aug. 27, 2017. (AP Photo/Fareed Khan)”

PS: Although the image used is wrong, but this seems to be a mistake, some mess up of two stories running together. 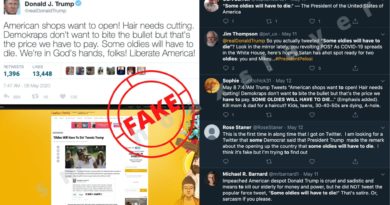 Did Trump tweet that “Some oldies will have to die”? 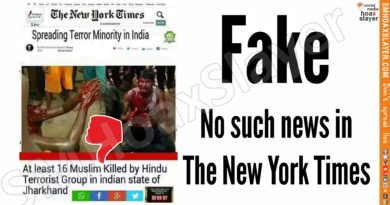 No such news in The New York Times. #Photoshopped 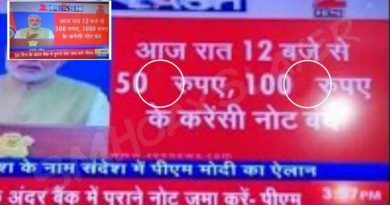 A 10 Month old Shocking Lie is back again haunting people. Notes of 100 & 50 are not being banned.