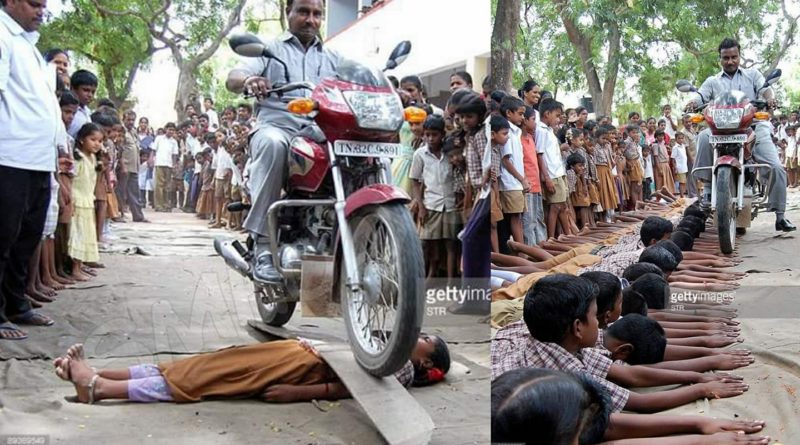 A Photo is viral on Social Media, WhatsApp showing a man driving motorcycle over students hands. It actually looks very shocking and depressing as the image claims it’s a punishment being given to students who came late etc.

This had been viral for long, and had lakhs of shares too.

But this was part of a show of strength of martial arts.  Parents protested later and was banned too.

An idiot man riding bike on hand of some innocent children.

Its indeed scaring!!!!!This head reacher in India ,rides his motorcycle on the hands of the children in his school, as… 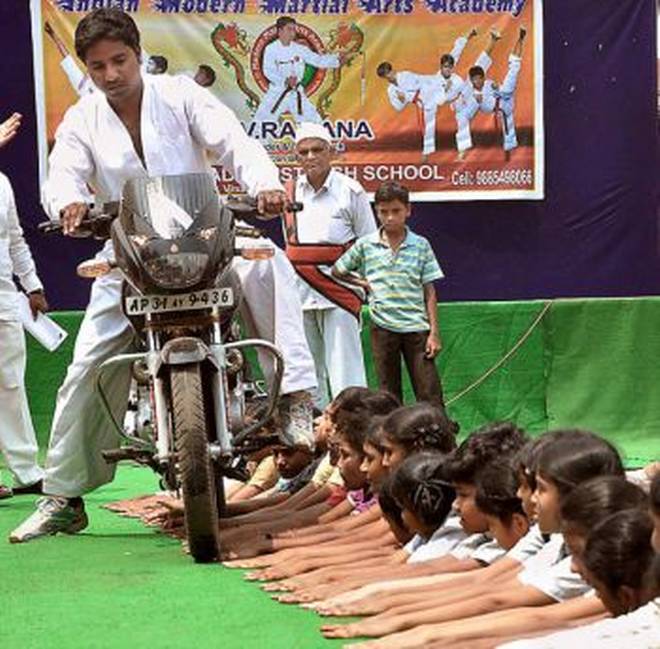 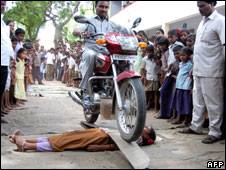 Indian schools have been banned from allowing their pupils to perform in death-defying stunts after a martial arts trainer drove a motorcycle over the hands of children.

By Dean Nelson in New Delhi

Education officials in Southern India have warned teachers not to allow stunts which put pupils’ lives at risk after the show at a school in Villupuram, Tamil Nadu, culminated in a motorcyclist laying a wooden plank on top of a young girl and driving over her.

The show was eventually stopped by a relative of a government minister.

An official said notices were being sent to 50,000 schools in the state following the incident on July 15th. Mr K Devarajan, head of the state’s primary schools, said the notices warned against any events which included “risky stunts”.

He said parents had pressurised the school into staging the display to mark the centenary of K. Kamaraj, the father of modern education in the state. The parents had told teachers their children had been trained in martial arts, he said.

Such displays were usually prompted by parents keen to show off their children’s prowess, he said.

A parent of one of the children said the children had not been forced to take part and had volunteered freely. “The students offered to lie down on their own,” S. Ilangovan told a local newspaper.

Martial arts displays are common at Indian schools, especially at “felicitation” events where local celebrities are honoured. At this event, however, it was the chief guests – relatives of the higher education minister, K. Ponmudy, whose protests stopped the display.”

#Viral photo claiming #punishment while it it not. It's a show of #strength in #martial arts. This was later banned on… 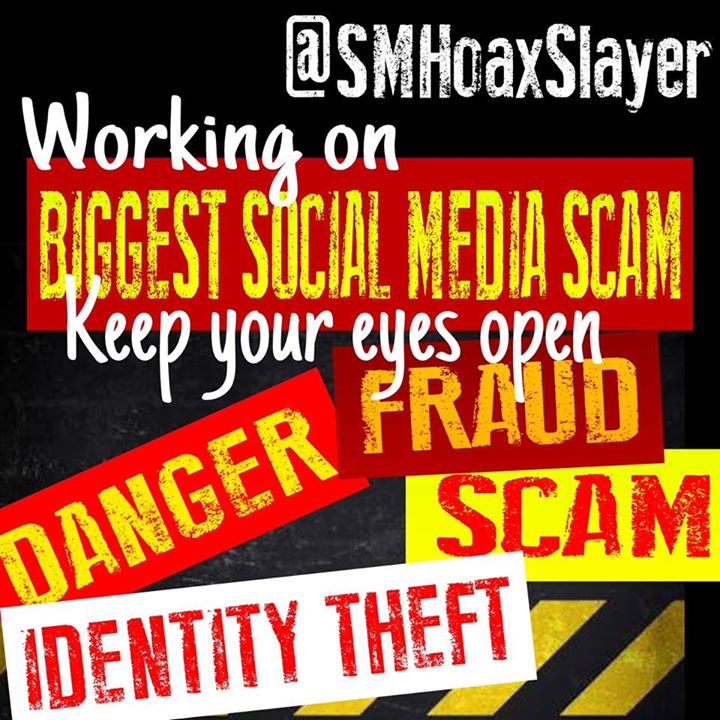 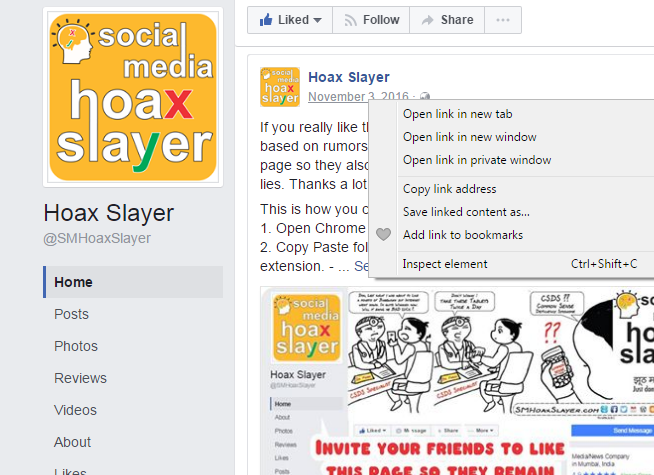 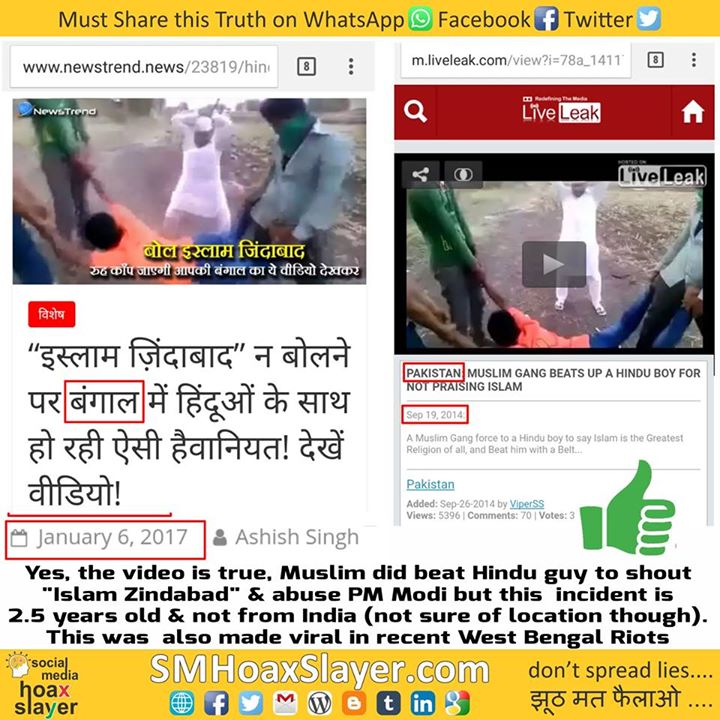