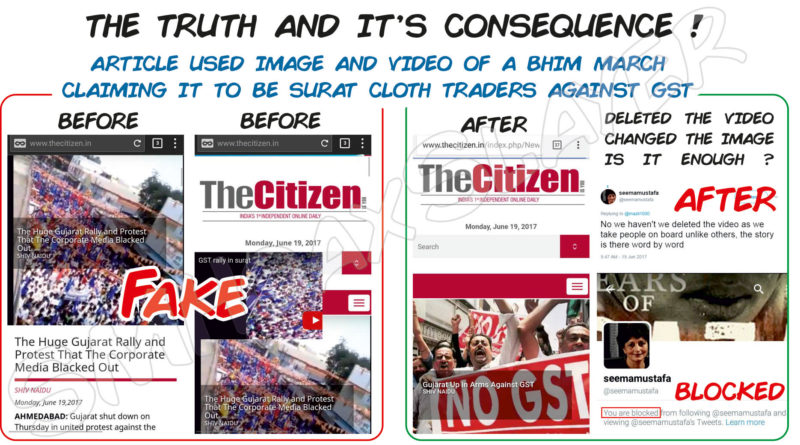 The truth, effect & consequences !
A video is viral on WhatsApp claiming to be a huge Protest rally of Surat Cloth Traders against GST.
A Independent Online Newspaper  The Citizen posted it, the screenshot of video and the video itself claiming Media is not showing it.
The Title read “The Huge Gujarat Rally and Protest That The Corporate Media Blacked out” 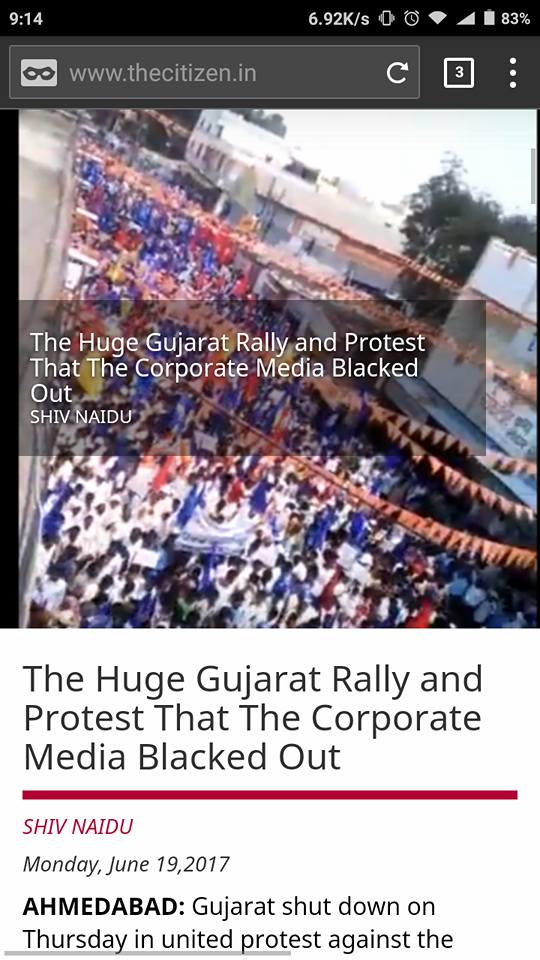 The video actually is a month old, and the crowd is of Dalits taking out Bhim Morcha.
This proof, the video was published on YouTube almost a month back i.e 23rd May 2017

When asked, they said the story is true and are verifying the video.
Well, if you watch the video, you will find quite easily that the claim is wrong.
It’s a huge crowd and everyone is carrying a blue color flag in hand with white chakara which is a flag of RPI. It’s a flag for SC/ST/Dalit caste.

So the story is
1. The Journalist Mr. Shiv Nanda (later changed to The Citizen Bureau) did see the video before publishing
2. He must have received it on WhatsApp or social media somewhere, but no proof
3. He either missed the Blue Flags or used the video intentionally
4. Another Journalist Ms. Seema Mustafa tweeted the same but when asked about credibility said “We rholding the video to verify, that was just a visual included by the desk as it was carried by local papers ,story remains as it is”

5. Video removed, Image changed, Headline and text changed.
6. Now why would anyone re-verify and republish without accepting mistake and when asked Block the people who asked or corrected.

Given the very obvious reason of concluding the Video used was wrong, this seemed intentional mistake.
and blocking someone like me who didn’t use any abusive word proves the point. 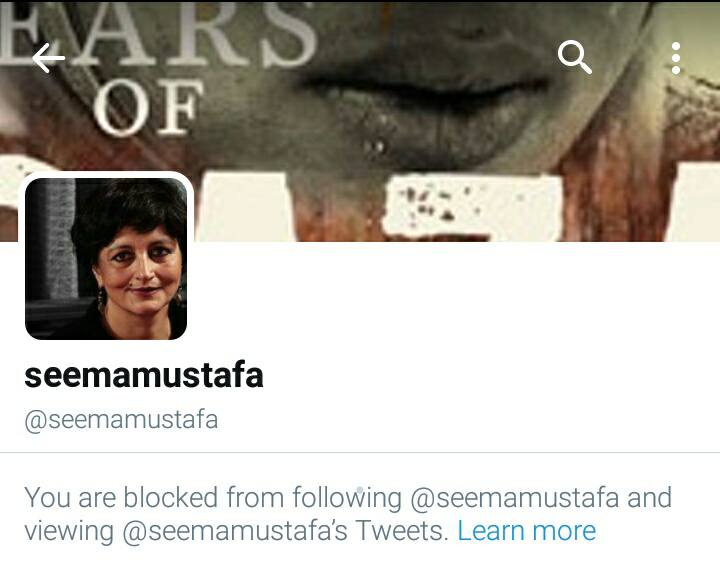 False – https://www.facebook.com/sanjhapagejantada/videos/976087409160401/
This tweet of The Citizen is still showing the wrong image they used intentionally

Gujarat shut down on Thursday in united protest against the Goods and Services Tax but there was barely a line on… https://t.co/N6QExYOEcH 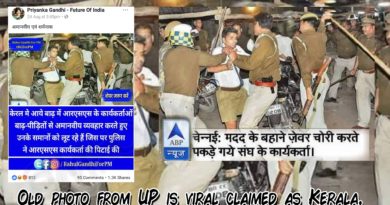 It’s neither Kerala, nor did RSS volunteers steal anything.

Astronaut found carved on a temple in Karnataka ? Did we know about it centuries ago?