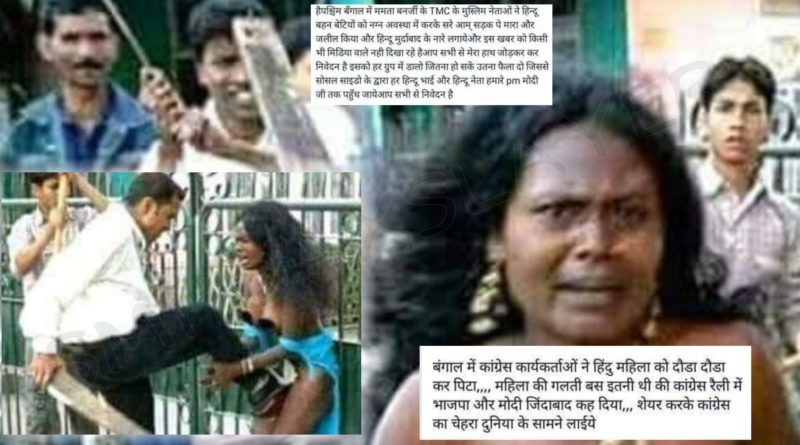 Viral in Dec 2016, debunked by #SMHoaxSlayer in Jan 2017, the fake image is back with different name. 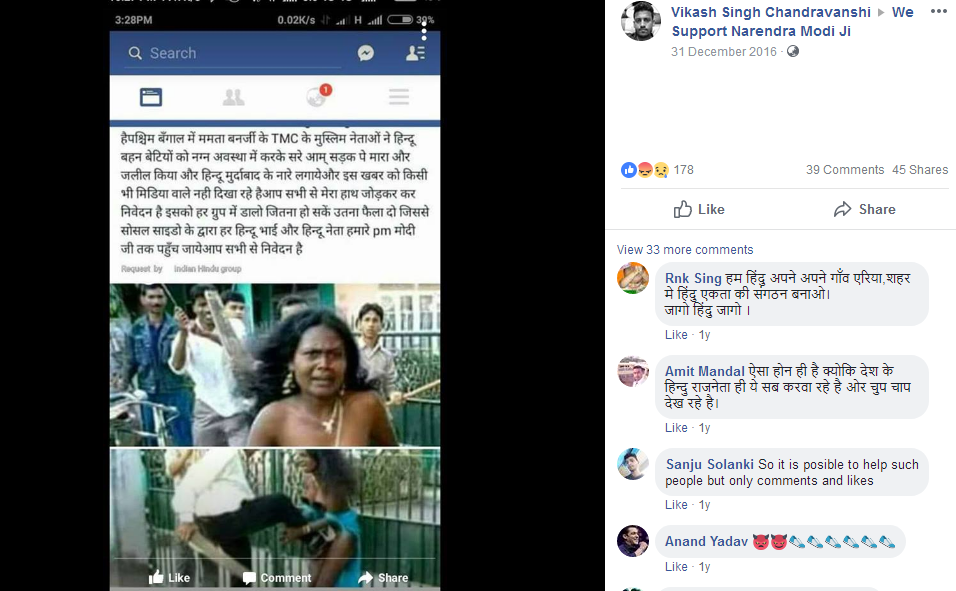 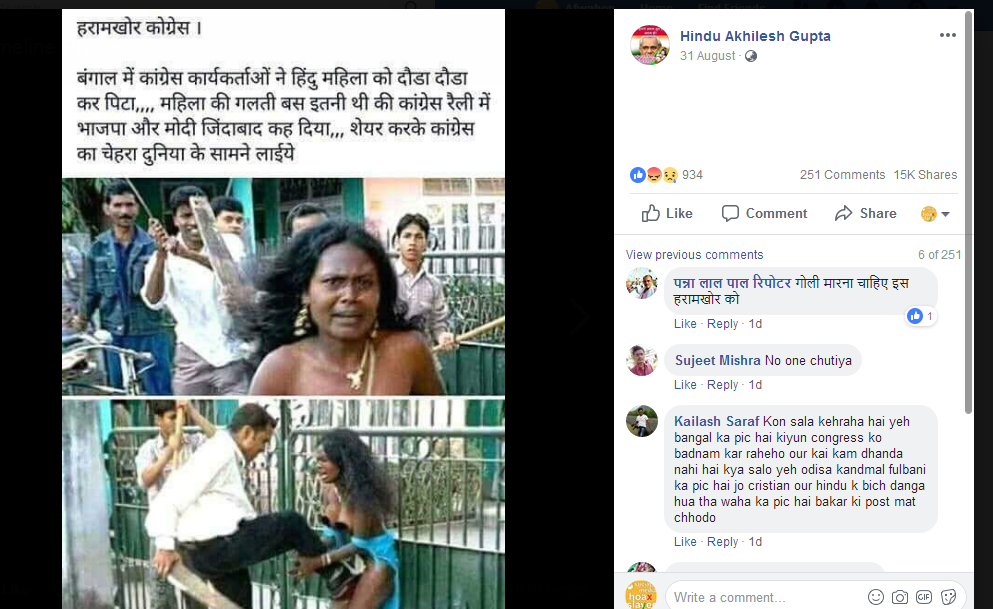 This time it claims “In Bengal, Congress volunteers chased and beat up a Hindu Lady. Her only fault was that she shouted BJP Zindabad and Modi Zindabad. Share this and bring back true face of Congress in front of all”

The victim woman is a tribal, her name is Laxmi Oraon. These photos are from Guwahati, Assam. The unfortunate incident happened 11 years ago i.e. 2007 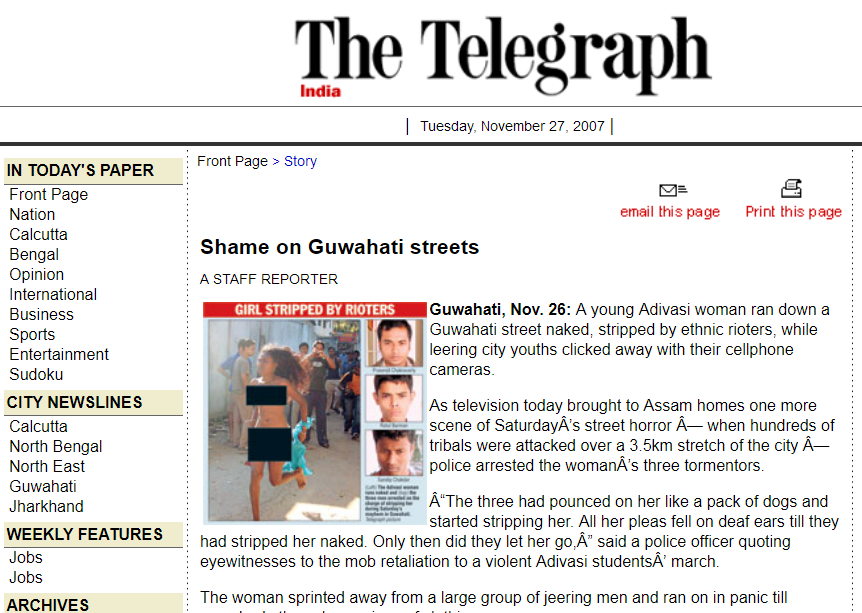 The Telegraph reported on Tuesday, November 27, 2007

“Guwahati, Nov. 26: A young Adivasi woman ran down a Guwahati street naked, stripped by ethnic rioters, while leering city youths clicked away with their cellphone cameras.

As television today brought to Assam homes one more scene of SaturdayÂ’s street horror Â— when hundreds of tribals were attacked over a 3.5km stretch of the city Â— police arrested the womanÂ’s three tormentors.

“The three had pounced on her like a pack of dogs and started stripping her. All her pleas fell on deaf ears till they had stripped her naked. Only then did they let her go,Â” said a police officer quoting eyewitnesses to the mob retaliation to a violent Adivasi studentsÂ’ march.

The woman sprinted away from a large group of jeering men and ran on in panic till somebody threw her a piece of clothing.

The sight left homemaker Ananya Baruah dumbfounded on her second-floor balcony at Beltola, the epicentre from where the rioting spilled over several localities.

Â“She was running like mad. Some people were clicking pictures with their cellphones. It was one of the worst crimes any civilised society could have committed. I felt so helpless just watching. The girl disappeared into one of the by-lanes.Â”

The victim was probably a participant in the armed Adivasi procession in demand of Scheduled Tribe status that had turned violent and damaged private and public property, including cars.

As the police began dispersing the tribals, angry local mobs chased down the stragglers among them. Adivasi men, women and children were dragged across streets and mercilessly beaten up with the police refusing to intervene. The violence left some 300 injured and a 12-year-old boy dead.

The ethnic conflict claimed a second life this morning. Santosh Kumar, 17, was dragged out of a vehicle on a highway for Â“defyingÂ” an Adivasi-enforced bandh that was yet to begin, and hacked to death.

Chief minister Tarun Gogoi announced the arrests of the trio who had stripped the woman and offered the victim Rs 1 lakh in compensation. Prasenjit Chakravarty, Sandip Chakdar and Ratul Barman were nabbed on the basis of video footage and eyewitness accounts.

Ratul, a waiter at Mahalaxmi Hotel in Beltola, is barely 18. The main accused is Prasenjit, 28, owner of Dainty Fast Food restaurant in the same locality. Sandip, 20, owns a paan shop near the hotel where Ratul works.

The charges against them range from outraging a womanÂ’s modesty to attempt to murder.

Gogoi announced a judicial probe into the violence by the All Adivasi StudentsÂ’ Association of Assam as well as the mob backlash. The state government has announced a compensation of Rs 3 lakh for the families of the dead.” 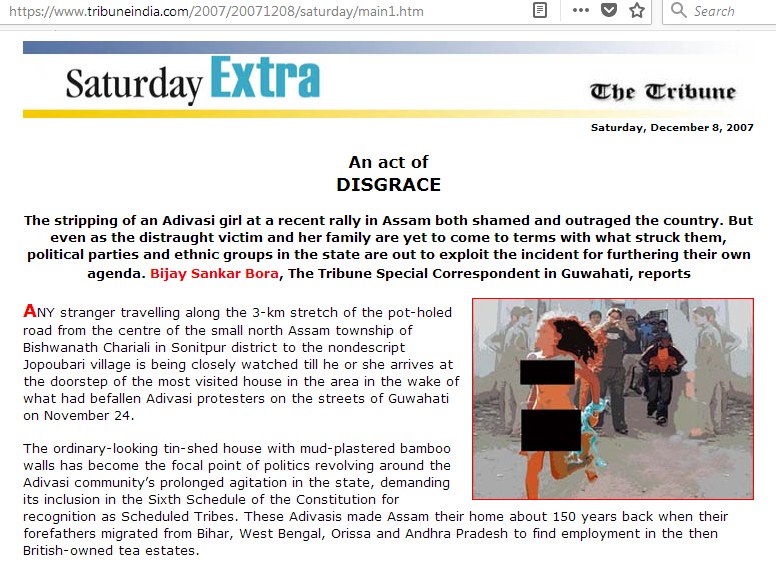 “A tribal woman who was stripped and assaulted in India’s north-eastern state of Assam is to contest the parliamentary elections.
Laxmi Oraon has been nominated by the regional Assam United Democratic Front (AUDF).
She was stripped by locals when she took part in a rally in 2007 demanding better tribal rights.
Pictures of Ms Oraon running naked across a market in Assam’s capital Guwahati caused outrage in India. “ 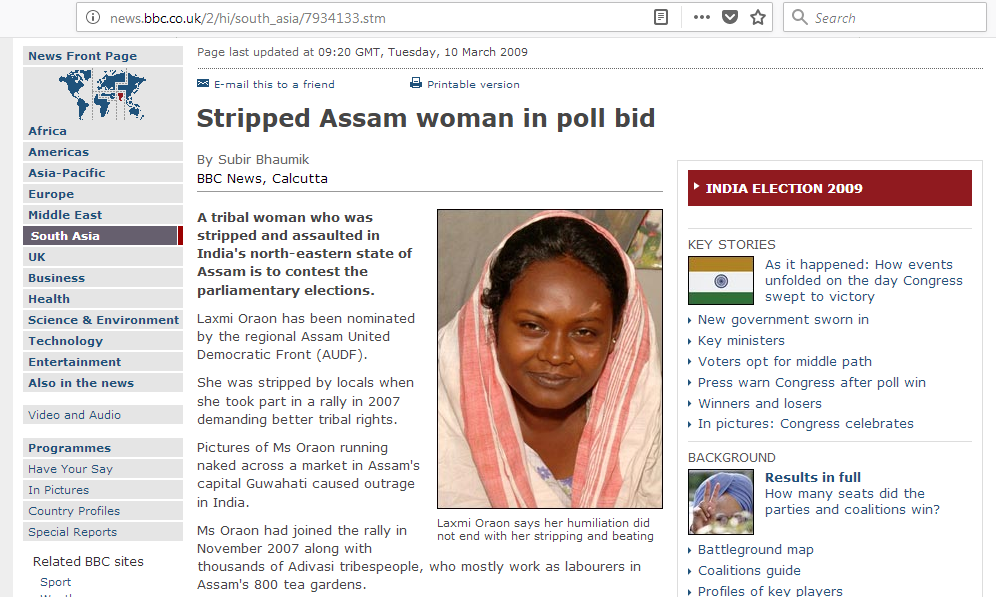 Coming back to the profile who posted this fake news recently. it’s observed that, that profile usually post Fake News –

2. The green flag is not Pakistan’s. Pakistan flag has one vertical white strip also.

3. The monk beant is from Bangladesh

3. The man touching feet is not Manmohan, he is some volunteer, Debunked last year

Anyone in turban doesn’t have to be Manmohan Singh or Navjot Singh Siddhu ! 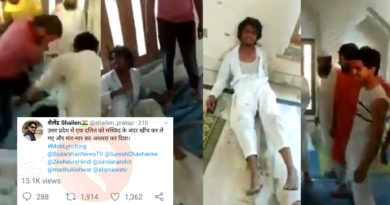 Neither the victim is dalit, nor was he dragged inside the mosque. 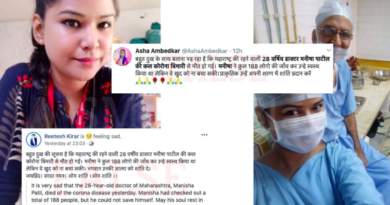 The woman in the viral images is not Dr. Manisha Patil, who died due to COVID-19 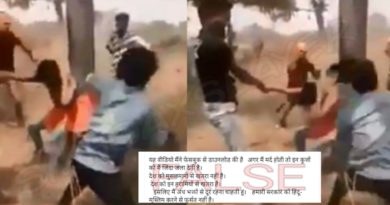 One thought on “Woman beaten and stripped is not from West Bengal.”