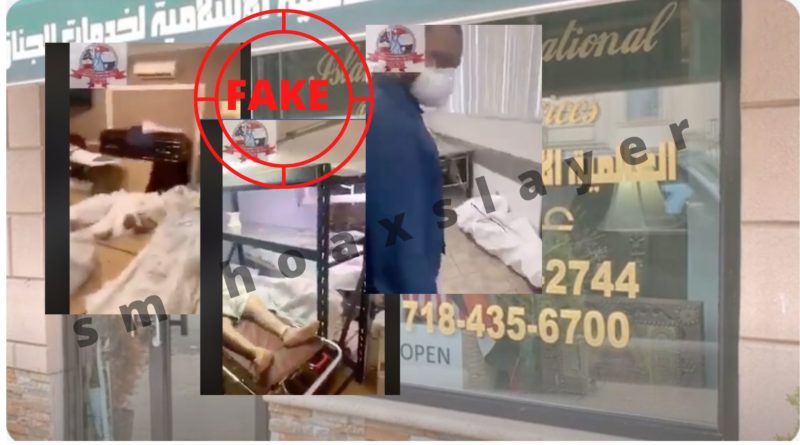 A video of an Islamic funeral home is being shared on social media which is allegedly taken from inside the apartments of The Dawah Group which is associated to be another religious group similar to that of the Tablighi Jamat in India. The disturbing clip shows a room full of corpses covered in white. The full video can be viewed here. 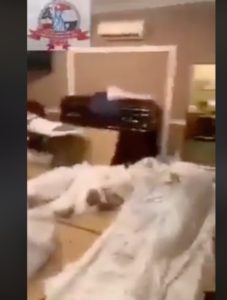 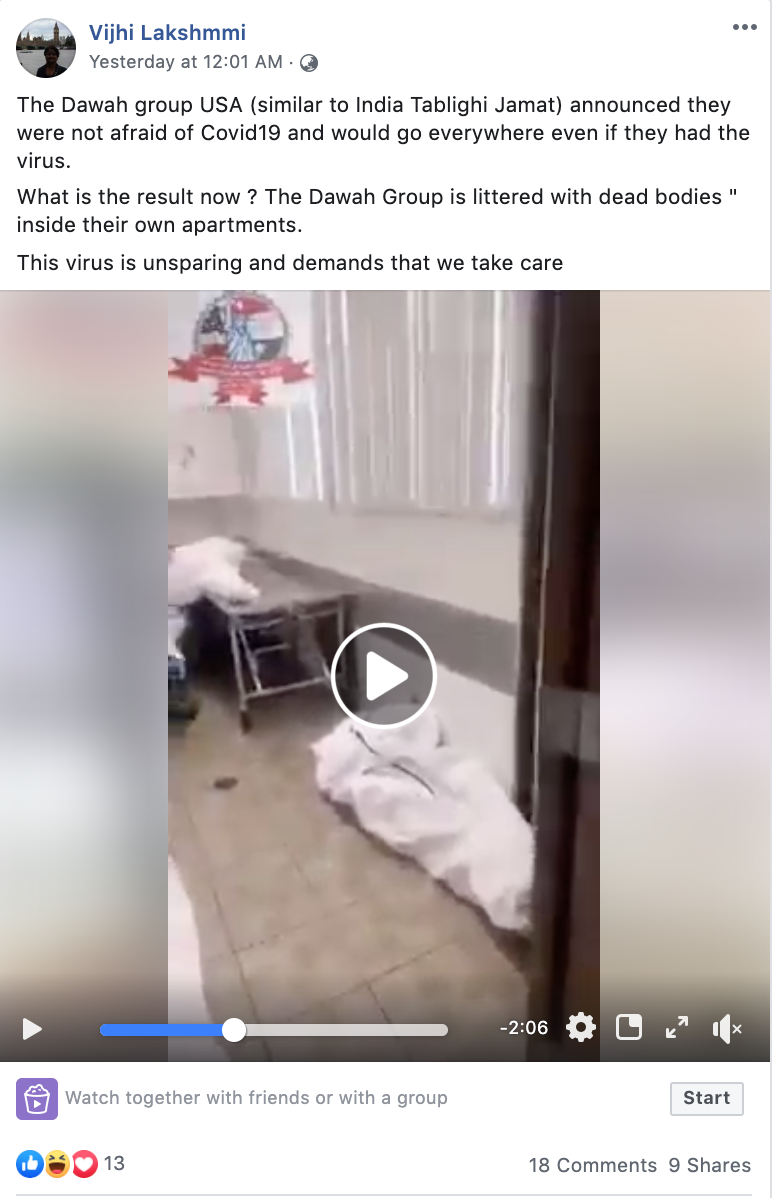 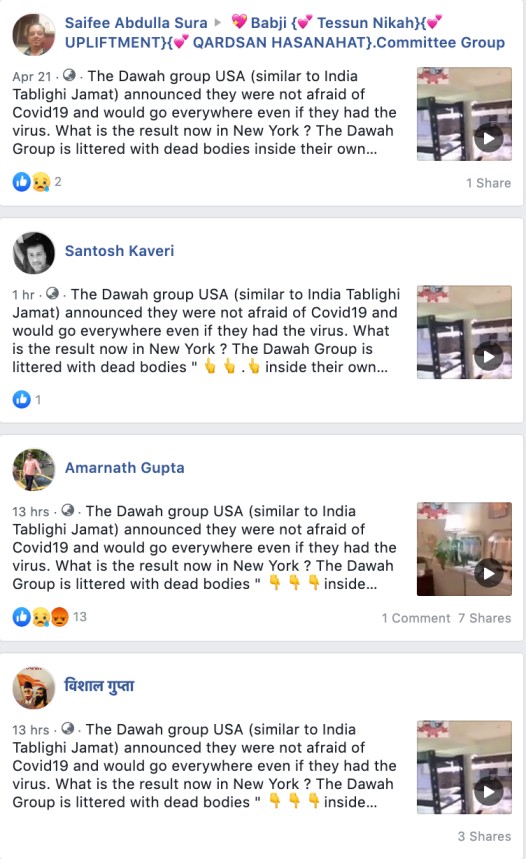 The Dawah group USA (similar to India Tablighi Jamat) announced they were not afraid of Covid19 and would go everywhere even if they had the virus.

What is the result now in New York ? The Dawah Group is littered with dead bodies inside their own apartments.@seriousfunnyguy pic.twitter.com/IzYvdRj204

This video was falsely misinformed to be taken from an apartment occupied by the Dawah Group. On a closer look at the video in question, it shows phone numbers written outside the building. A reverse search of the numbers list out an Islamic International Funeral Service which operates out of Brooklyn. 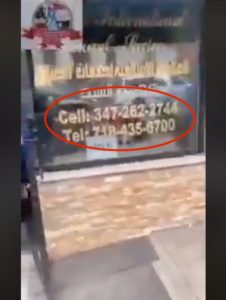 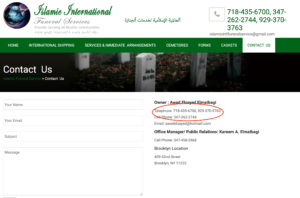 Another version of the video shows with clarity the board that clearly states that its a funeral service. The screenshot of the same is attached below and the archived post can be found here. It is clearly visible the writing outside the building mentions it to be the Islamic International Funeral Service. 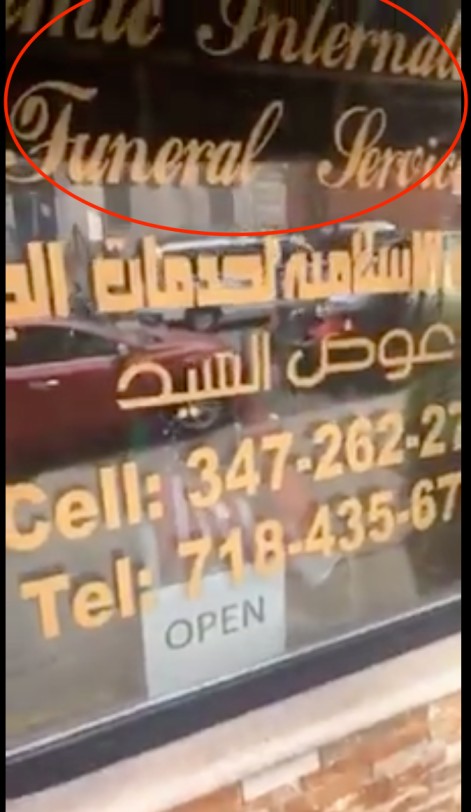 A simple Google search of the funeral service shows a video uploaded on Ruptly where footage of vans driving out of the building with dead bodies of people are shown. On comparison with the video being spread on social media, it can be seen that the two places are the same. 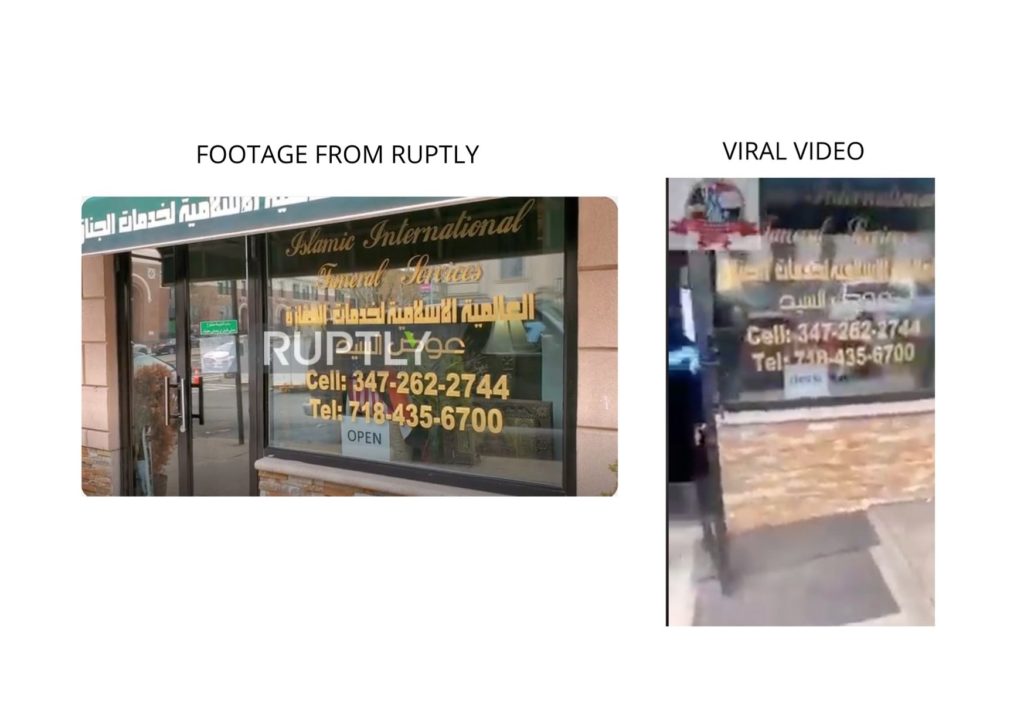 Therefore, it is established that the building in question is not an apartment belonging to the Dawah Group but an Islamic Funeral home operating out of Brooklyn. 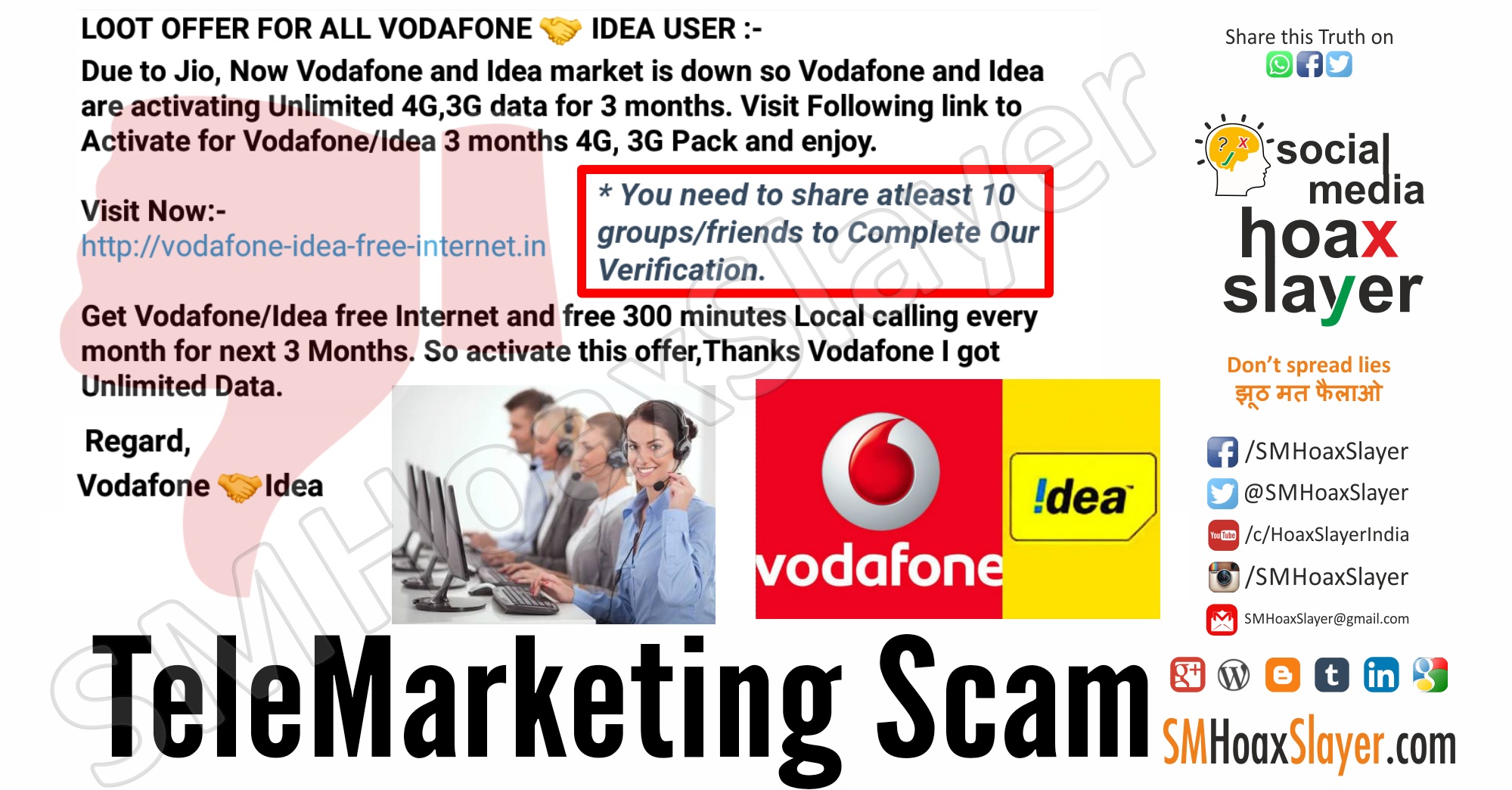 Another TeleMarketing Scam. Don’t do it. 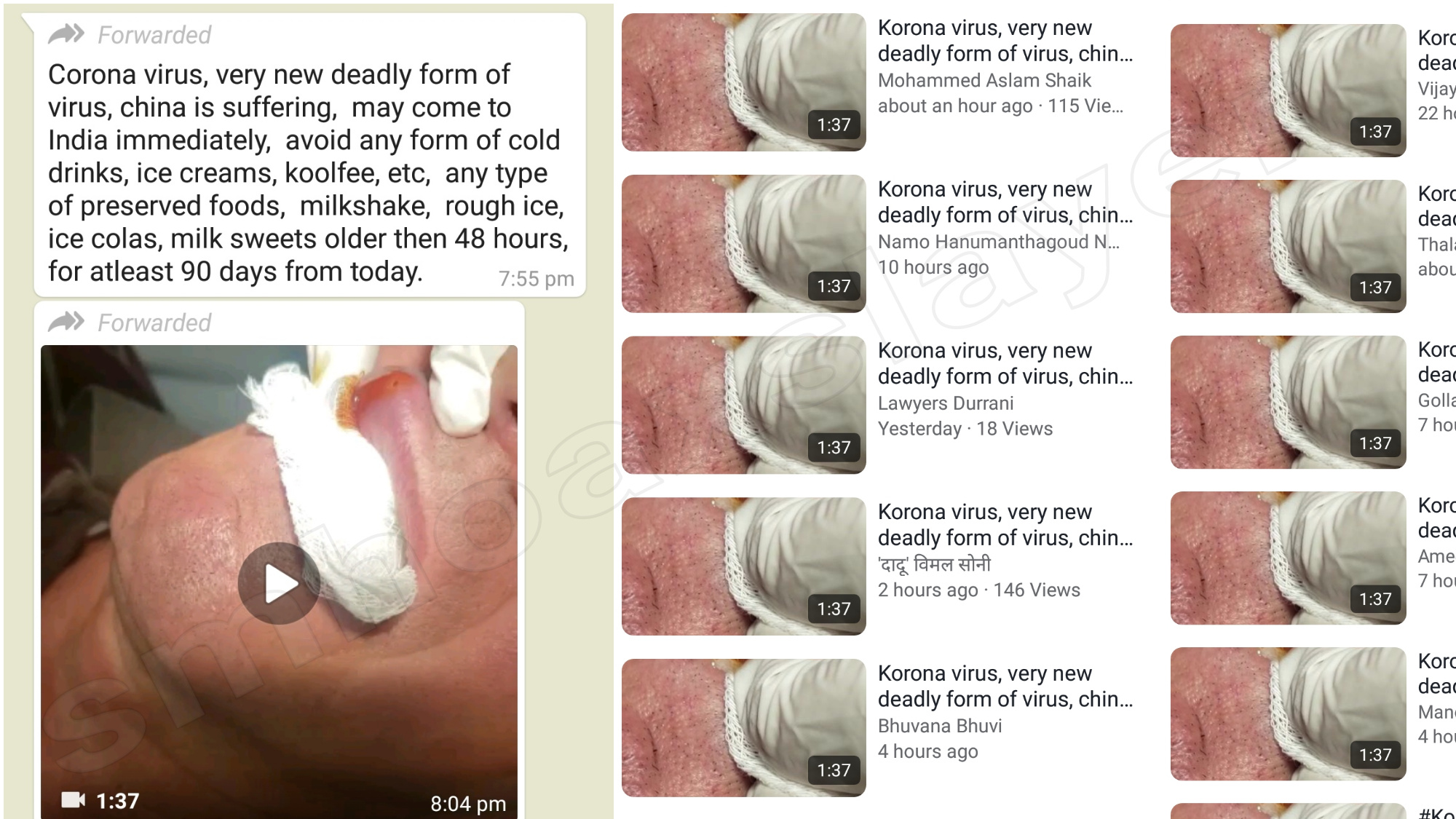 An old video of a maggot being removed from a man’s lip is viral claimed as Coronavirus. 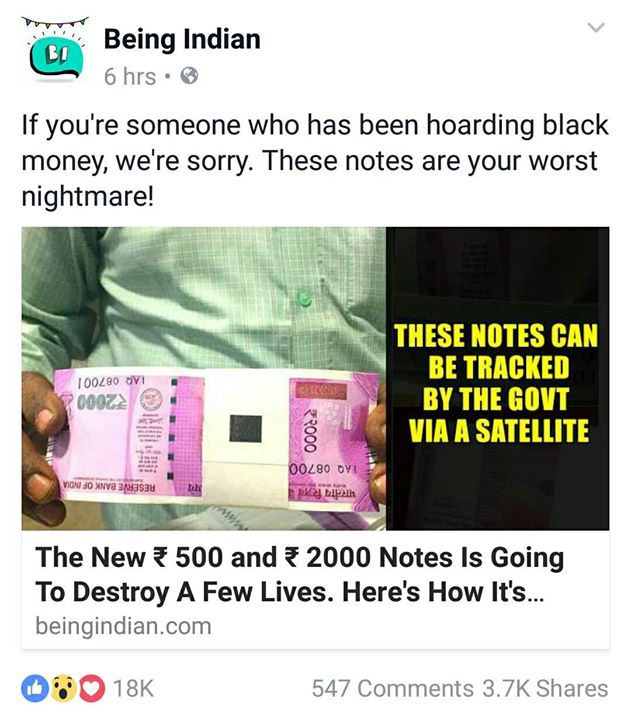