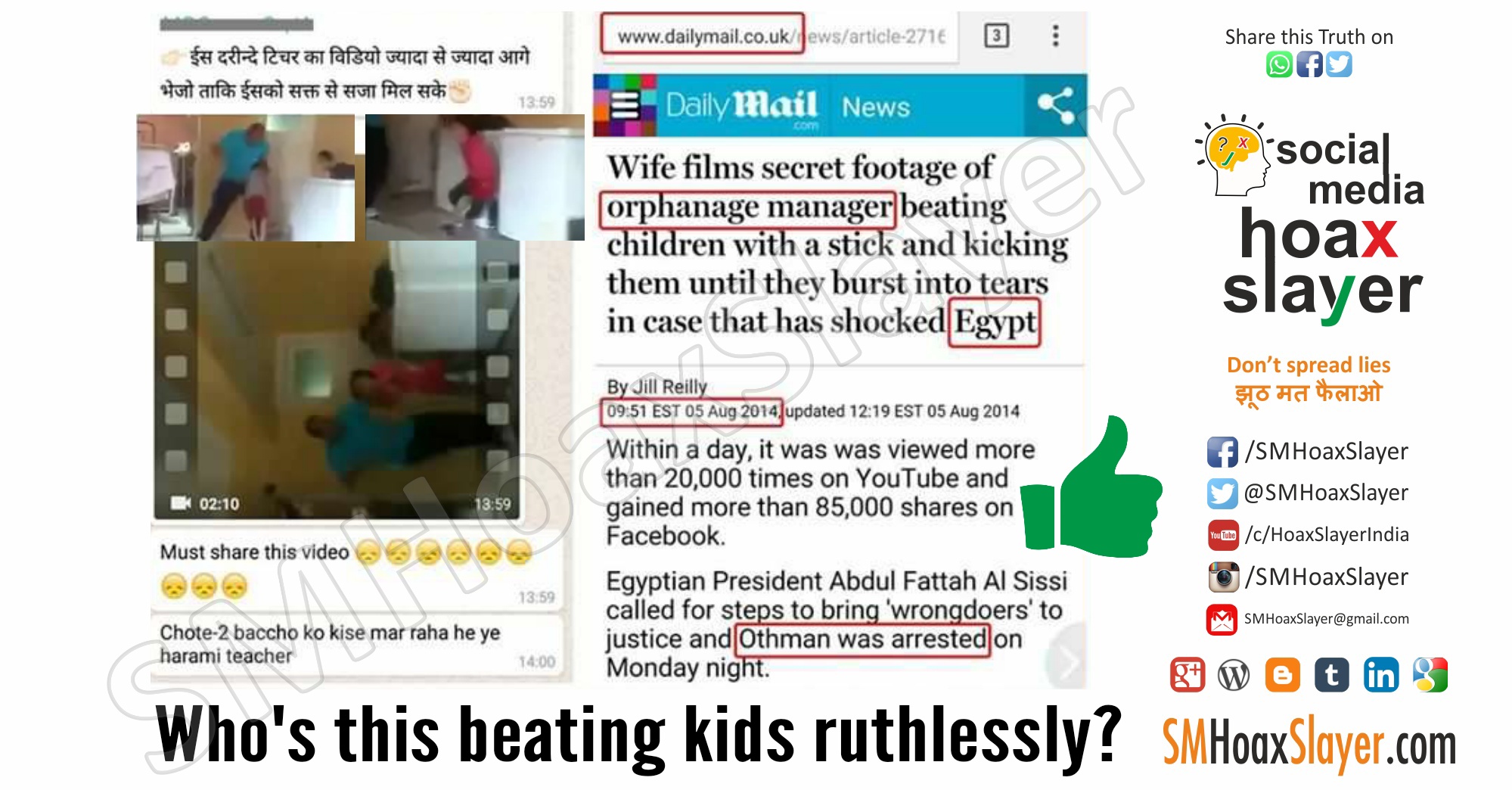 Shocking
March 27, 2017July 6, 2018 Hoax Slayer 0 Comments
Spread the truth:
Hoax: Teacher of an Indian School beating kids mercilessly, forward so he can be caught and jailed.
Well, yes the video is barbaric but he has been caught and jailed already, 3 years ago.

Just got it on Whatsapp. It was mentioned that this video is from Valsad RM VM School…

This Video had been one of the most Viral till date because it hurts. Started an year back in India and was immediately slayed by me, but it is still making rounds under different captions.
Some say a school in Jaipur, some say Andhra Pradesh, some even name a particular school, few even go further and include religion in the recipe, Hindu Teacher, Muslims student and vice versa.
But don’t panic,
1. This was 3 years ago,
2. It was not India but Egypt
3. He had been caught and jailed
Truth:
This barbaric act happened in Year 2014 in Dar Mecca Al-Mokarama Orphanage in Giza, Egypt.
The monster is Osama Mohamed Othman, a manager of an orphanage. The video was taken by his wife which she, like an perfect citizen, got him jailed.
Source: http://www.dailymail.co.uk/news/article-2716752/Court-shown-secret-footage-orphanage-manager-beating-children-stick-kicking-burst-tears-trial-shocked.html#ixzz4InsKlwbR

This is what Daily Mail, a popular UK news paper says –
“A wife filmed secret footage of her orphanage manager husband beating children with a stick and kicking them until they burst into tears.
The video shows Osama Mohamed Othman hitting the children before kicking them as they run away, screaming in pain.
State-run Al-Ahram newspaper said Othman’s estranged wife filmed the video two months ago at Dar Mecca Al-Mokarama Orphanage in Giza.
“
His wife said – 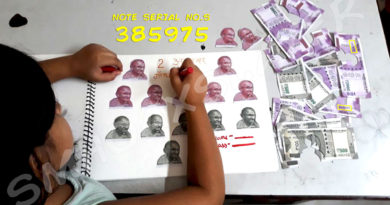 Can this photo of Currency Notes cut for project result in a heart attack ? 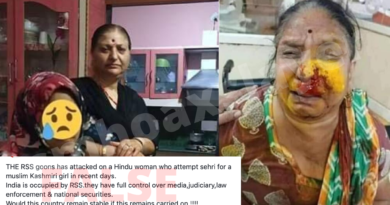 Unrelated images of a woman being attacked by RSS for attempting Sehri for a Muslim girl are being shared with false context. 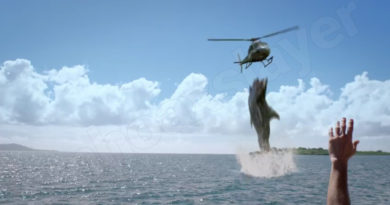