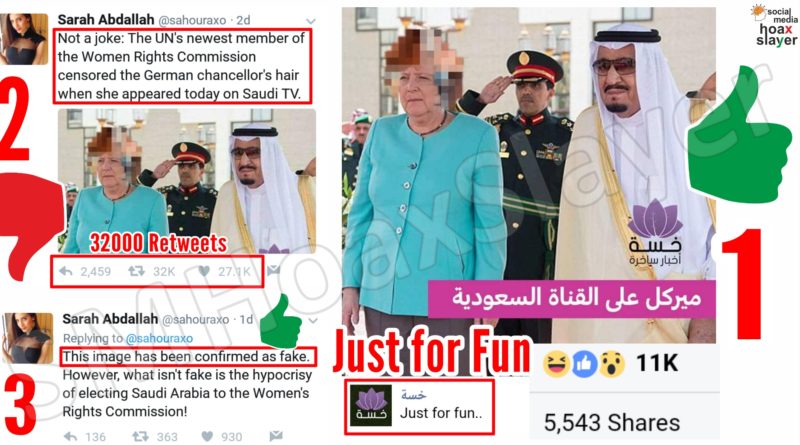 Tweeples took a joke quite Seriously ! Did Saudi TV censored Hair of Angela Merkel for lack of Headscarf ?
32000 Retweets. The Fire Starter – “Sara Abdullah” called a photo real with pixeleted Hair in photo of Angela Merkel and instantaneously it stormed entire Twitter. Why you may ask, it’s because of “Stereotyping”
How people think about something, preconceived notions.
What Happened  –
1. A Facebook Page posts an image with Pixeleted Hair calling it as TV censored it but it specifically wrote “Just for Fun”

3. She admits it was fake but not much takers though.

Her Tweet which broke twitter –
“Not a joke: The UN’s newest member of the Women Rights Commission censored the German chancellor’s hair when she appeared today on Saudi TV.”
Fake Source: https://twitter.com/sahouraxo/status/859924707604353024 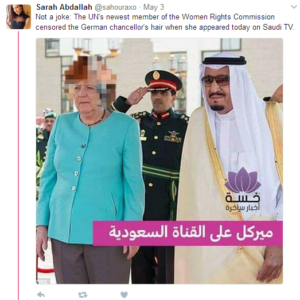 Infact on calling spade a spade, she blocked SMHoaxSlayer Twitter Handle too.

She later admitted it was fake but continuing her views, rather then apologizing, she tried to justify her previous fake post – https://twitter.com/sahouraxo/status/860143566584205312 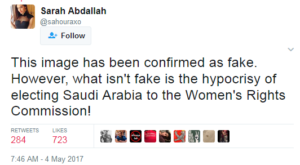 “This image has been confirmed as fake. However, what isn’t fake is the hypocrisy of electing Saudi Arabia to the Women’s Rights Commission!”

It actually was a sarcasm, the page which Actually did this specifically wrote “Just for fun” with image.

Saudi Press posted it without any censor or pixalation 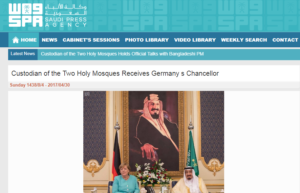 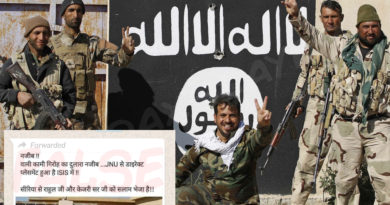 Missing Najeeb is not in the viral ISIS photo. 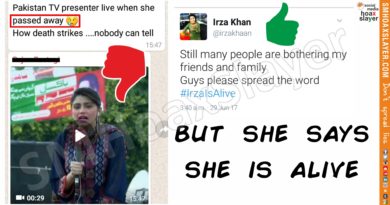 She said she is ‘Alive’ 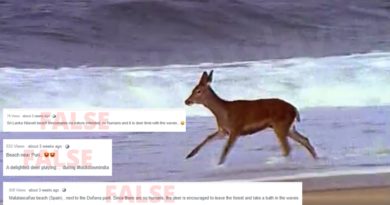 Did the video of a deer running on a beach happen during Covid-19 lockdown?